Didn't Get a Good Night's Sleep? Don't Drink That Coffee Until After Breakfast, Study Says 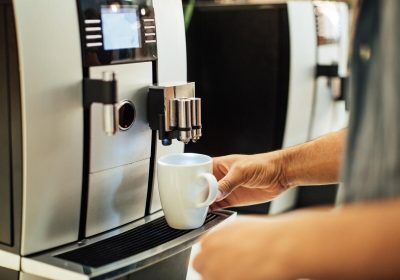 Though it’s often seen on t-shirts and other kitschy memorabilia, there’s a certain truth to the sentiment of “don’t talk to me until I’ve had my

coffee”. Especially after a rough night of unsound sleep, it makes sense that we’d all want to reach for the most socially acceptable form of morning caffeine before even thinking about eating breakfast or tackling the day’s to-do list.

However, it would seem that this conventional wisdom may clash with science— at least when it comes to processing a sugary breakfast.

That revelation comes in the wake of an experiment conducted at the University of Bath in the UK whose results were recently published in the British Journal of Nutrition. Researchers observed 29 healthy men and women overnight, seeing how their bodies metabolized glucose (sugar) the morning after both a solid eight hours of sleep and an intentionally more restless night. The good news they observed was that a single night of poor sleep doesn’t have too much of an effect on how our bodies metabolize the sugar/carbohydrates in a typical breakfast.

WATCH: Krispy Kreme Is Celebrating Halloween With Deals and Doughnuts

However, consuming a strong cup of black coffee 30 minutes before consuming the sugary drink that served as the study’s stand-in for breakfast introduced some complications. According to a summary of the experiment’s findings, the pre-breakfast coffee “substantially increased the blood glucose response to breakfast by around 50%.”

Essentially, the pep you get from that caffeine comes at the cost of tolerating whatever sugar you’d find in your breakfast. Given that symptoms of glucose intolerance include “extreme tiredness,” coffee could potentially compound your rough night of sleep.

“Put simply, our blood sugar control is impaired when the first thing our bodies come into contact with is coffee especially after a night of disrupted sleep,” James Betts, University of Bath professor and the co-director of its Centre for Nutrition, Exercise and Metabolism, explained.  “We might improve this by eating first and then drinking coffee later if we feel we still need it. Knowing this can have important health benefits for us all.”

So when it comes to that first morning coffee, patience is a virtue. Whether these new findings provide you with the willpower to delay that morning pick-me-up is a different story entirely.