TikTok, as I am sure you know, is a generally chaotic place, but Gordon Ramsay’s page is particularly so. He’s insanely popular on the platform for ripping apart the work of home cooks, some of which seem to live for trolling him. Case in point: One of his most recent and very popular videos shows Gordon critiquing someone for putting a bunch of toothpicks in their roast chicken.
As is his style, Gordon “duets” the video and gives his play by play as it goes on. It starts with 5-Minute Recipes (which is just simply a wild account to begin with, btw) brushing glaze on the chicken, which Gordon is fine with! But then they start putting in cocktail sticks (what we call toothpicks in the U.S.) all over the chicken for some reason.
Acupuncture doesn’t belong on a #chicken !!! #fyp #ramsayreacts #Tiktokcooks #duet with @5.minute.recipes
Now, it’s not totally out of the ordinary to use toothpicks in your recipes, say to hold things together, but nope, this recipe calls for just putting them all over the chicken before putting them in the oven. Maybe to let the glaze slip in? No idea. Either way, Gordon doesn’t love it.
“Performing acupuncture on a chicken,” Gordon says. “You’re supposed to cook it not prick it. Oh my goodness, me.”
Finally, they pull all the toothpicks out and cut into the chicken…but it doesn’t seem like it helped any, as Gordon points out: “That looks dry. You’ve turned the chicken into a hedgehog!”
That upsetting image aside, Gordon seems to be right here. Better to leave the toothpicks to the appetizers and holding together your Chicken Cordon Bleu or else you’ll be his next TikTok victim. 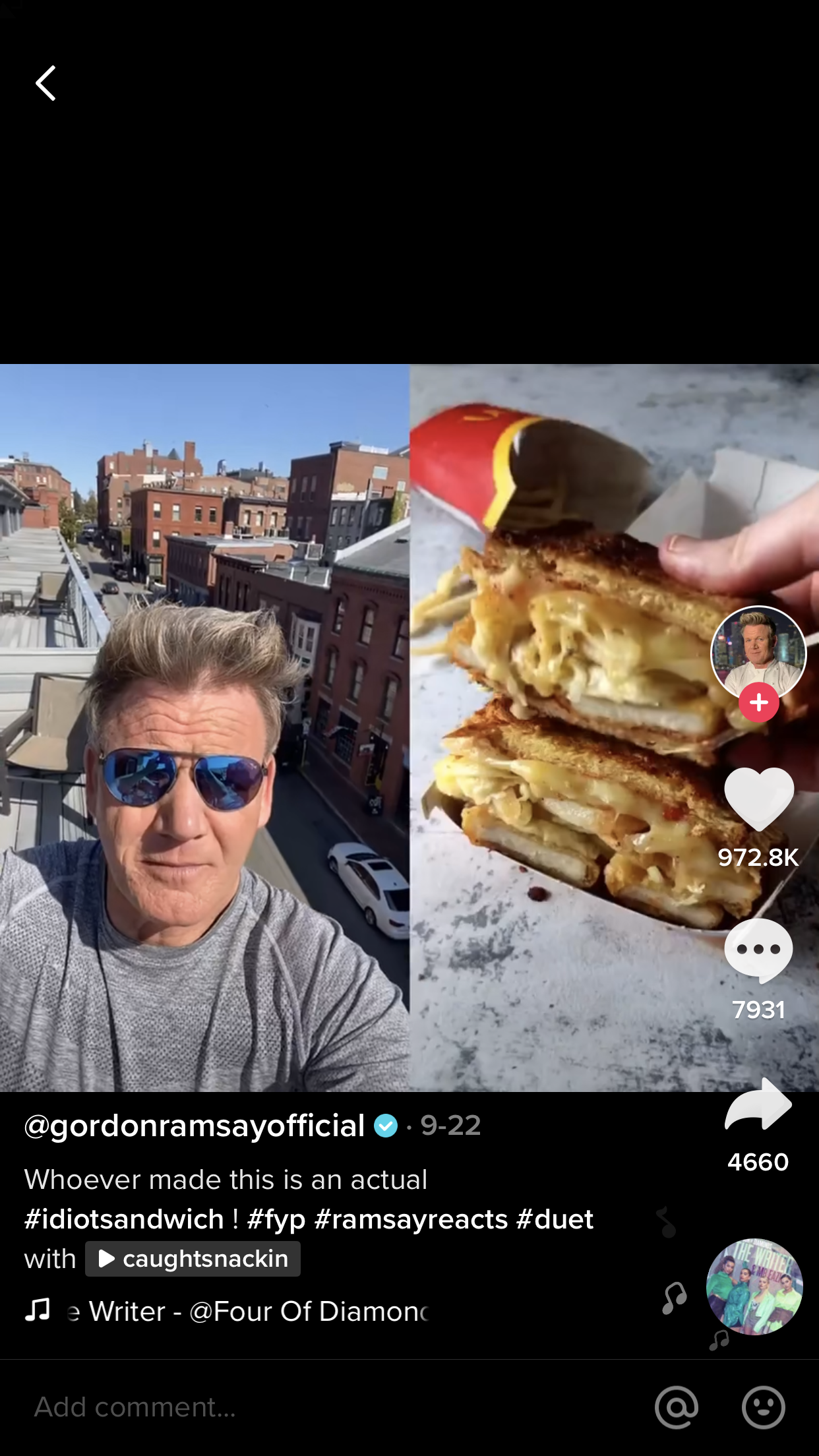