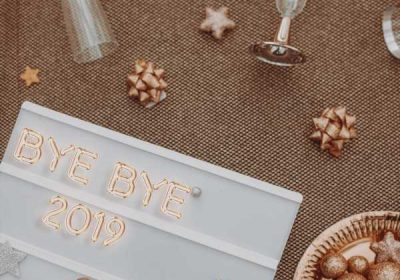 2019 has almost run its course. As we approach both a new year and decade, we've gotten a bit nostalgic about everything we saw and learned in the food and health space this year. So naturally, we wanted to try and aggregate what, to us, felt like the most important emerging trends.

From Instant Pot mania to CBD in your coffee, we've recapped what we saw as 10 of the top food and health trends to close out this decade. See you in 2020! New kitchen gadgets always make waves, but what we saw this year from Instant Pots and air fryers felt more like a tsunami. Demand for recipes for both continued to grow, and we saw more and more cookbooks specifically focused on these appliances. And according to Brierley Horton, M.S., R.D, this trend is a good thing whether you're a fan or not. While Horton admits she's not an avid user, she loves that both help people cook healthier. "They're motivating people to get in their kitchens and have some fun with food. And that's a powerful thing." Plant-based food sales continued to grow in 2019, but perhaps what's more significant was the shift in mainstream appeal for those goods. Significant amounts of consumers started embracing the science that says eating more plants is good for everyone and entertaining the idea that "plant-based" isn't just a preference reserved for vegetarians and vegans. And, of course, America's big chains attempted to capitalize on this new interest from consumers with the introduction of the Impossible Burger. It's the closest a faux beef patty has ever come to rivaling real meat, blood and all. To put it bluntly, this trend isn't going anywhere anytime soon. Collagen-boosted products were wildly popular, appealing to individuals of all levels of health and activity thanks to the potential benefits: improved gut health, joint health, skin elasticity, and general appearance. Kimberly Holland, Senior Editor of Allrecipes.com and author of Collagen Handbook: Recipes for Natural Living, explains that, "Whether you get it through collagen powders or make handmade bone broth regularly, consistently eating collagen-rich foods can impact your health by improving joint health and even boosting your skin health." Don't expect this trend to disappear, either. The collagen market is expected to reach almost $6 billion in revenue by 2026. 4. Cereal No Longer Starts Your Day

For a long time, cereal was seen as a healthy way to start the day. But consumers have been steadily choosing other breakfast options or skipping the mealtime (or at least the carbs) altogether. As a result, cold cereal shelf space in grocery stores has taken a hit, slowly shrinking to make room for more nutrient-dense options like oats, muesli, and bars. "The message is clear that cold, sugary cereal may not be the best a.m. meal, and there are plenty of other options that can be equally fast and convenient," says Holland. The keto diet has been around for decades, but 2019 marked the year when following it became as commonplace as going on the Atkins diet or starting Weight Watchers. When I asked Horton why we're seeing this continued growth in keto popularity, she said, "I think in part because more outlets are writing about it, more celebrities are following it (or have followed it), and…it works!" Those new to keto may not realize that the diet isn't that easy to follow, as it advises that followers get 70-80% of their daily calories from fat. But, people are losing weight and seeing results and according to Horton, "Ultimately that's what keeps people on it and encourages more folks to try it." 6. People Are Understanding the Importance of Sleep

Getting adequate, restful sleep is neither indulgent nor lazy; it's essential to good health. In fact, not getting enough regular sleep has been linked to obesity, type 2 diabetes, heart disease, inflammation, dementia, and increased susceptibility to illness. What was significant about sleep in the year 2019, though, is that there finally seemed to be public awareness regarding how vital sleep is to health. Even though many of us still haven't figured out (yet) how to get a few more winks in each night, there's a lot more acceptance that sleep is as important as diet and activity levels. And there was a growing public interest in improving sleep quality in 2019, as evidenced by the rising sales of weighted blankets.

Look at 2019's top food posts on social media and one thing is clear: We crave good, quality food, but with a simplicity and approach that's also applicable to busy, overstimulated lifestyles. "Casual cooking" is how Ann Taylor Pittman, former Executive Editor of Cooking Light, describes what we saw this year in terms of recipe development and meal demand. Pittman referenced the viral popularity of Alison Roman's Spiced Chickpea Stew as an example. Recipes like this—that use basic ingredients and cooking methods to create bold flavors—became automatic hits. Another example of the upswing in casual cooking was the growing popularity of arranging charcuterie boards in lieu of serving a cooked meal. Followers couldn't get enough of these simplified approaches to fine dining in 2019. 8. Intermittent Fasting Comes Out of Hiding

Prior to 2019, intermittent fasting (IF) was somewhat of an underground dieting approach, with most guidance coming from private Facebook groups. But thanks to a growing body of research, consumers started realizing that fasting may actually be a realistic approach to weight loss, and health in general. The public also seemed to become aware that IF isn't about going without food, but rather rethinking the timing around it. Watch for IF to stick around and evolve as more is learned about fasting, and for it to be used more often in conjunction with other eating approaches like keto, carb cycling, and other diets.

In the fall of 2018, I wrote about Noom, a new weight-loss app that had been loosely dubbed the "Weight Watchers for millennials." The app's approach fascinated me because there was really very little guidance about what to eat. Instead, the focus was on changing both behavior and mindset, and providing daily therapy to guide users in making healthier long-term changes. This was a complete switch from traditional diets that focus primarily on food. Whether it was due to the emergence of Noom or increased interest in intuitive eating, 2019 seemed to be the first year consumers in general started to realize that focusing on psychology and what drives mindsets and behaviors is as important (or maybe even more so) as calories and macros. CBD, or cannabidiol, is the non-hallucinogenic compound found in marijuana and hemp plants. And CBD became a regular topic on social media in 2019. The popular supplement, which comes in forms ranging from oils to lotions to gummy candies, seemed to become an overnight cure-all response to a range of health issues, from anxiety to ADD to Parkinson's to seizures. In fact, JAMA reported there were over 6.4 million Google searches for CBD in April 2019 alone. Suffice it to say, now that so many states are loosening marijuana laws, usage of CBD to treat a myriad of medical issues will continue becoming more and more mainstream.

Looking to get a jump on your New Year's resolution? Start here.