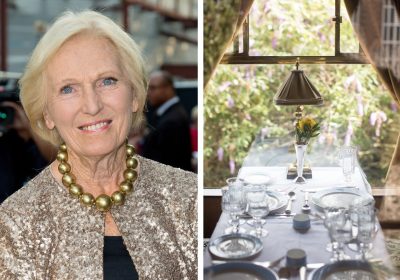 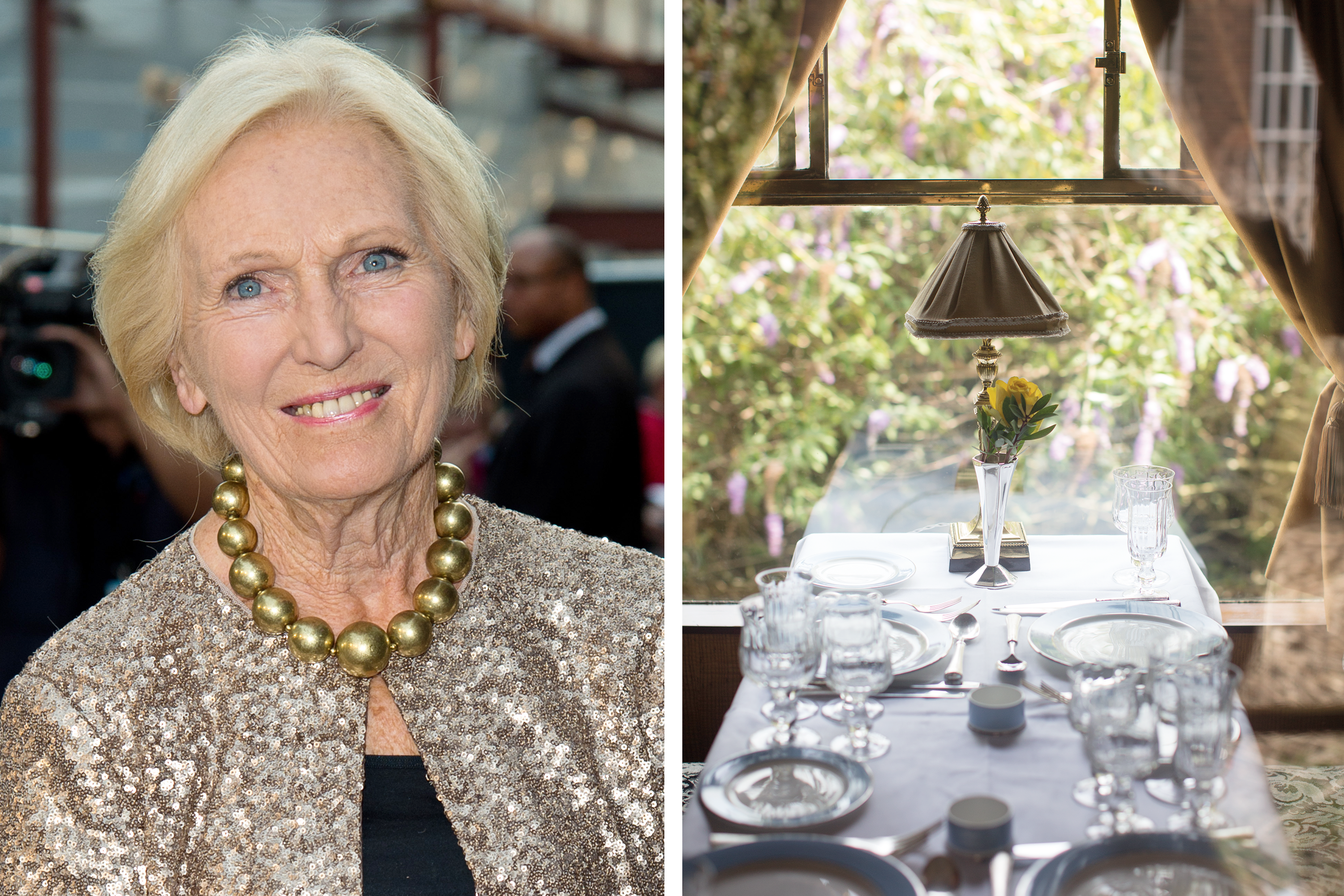 During her tenure on The Great British Bake Off, Mary Berry became one of the most beloved television hosts ever. Berry is the queen of classy, her knowledge of all things baking seems endless, and she was always a force for kindness and positivity in the big white tent. Hanging out with her would be a dream, almost like meeting royalty. And thanks to the Belmond British Pullman, that dream could actually become a reality: The train is holding a four-hour afternoon tea experience hosted by Berry herself.

If you’re an Anglophile, this trip is the ultimate immersion in British culture. During the journey from London to Weald of Kent, passengers aboard the train will be treated to pots of tea, sparkling wine, and of course an epic platter of baked goods: cherry and almond tarts and strawberry mille-feuille. The train itself is decorated in a timeless fashion, which harkens back to the golden age of train travel. The carriage features art deco furniture, crystal dishware, and silk lampshades.

Berry will be chatting and mingling with guests, and even handing out surprise gifts, according to Delish. And hopefully you’ll be able to absorb some of her signature calming energy while surrounded by the charm of the English countryside. I imagine one smile from her uplifts the spirit, just like a really scrumptious slice of cake would.

Belmond hosted a similar event last year, and it must have been a hit. But if you want to strike up the friendship with Berry you’ve always fantasized, it’ll cost you: The trip is being offered on two days, May 3 and 4, and tickets are going for as much as $444.

Of course, for some super fans, the price might be well worth it. After all, her baking secrets are priceless, and passengers will probably get culinary tips and tricks only Great British Bake Off contestants ever got to hear.