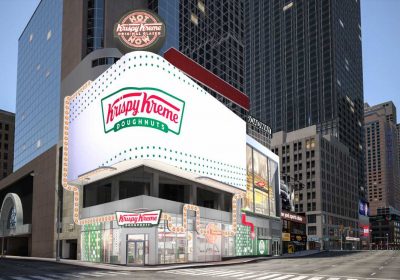 Update: August 20, 2020:
News of a flagship Krispy Kreme store coming to New York City was first announced in June of 2019. It’s an understatement to say that a lot has changed since then, but one thing is for certain: the store is officially opening next month.
The flagship was initially planned to open up in May of 2020, but the grand opening was pushed back due to the COVID-19 pandemic. Now, Krispy Kreme confirms that the store will be opening in Times Square on September 15. Get your countdowns ready, people!
Of course, like most restaurants and stores in Times Square, this Krispy Kreme is going to be totally over the top. The store will include the world’s largest hot light which will signal that fresh donuts are being produced 24/7, a donut making theater, a glazed waterfall, and stadium-style seating inside a giant Krispy Kreme dozens box. This means there will be plenty of photo opps as well as a 24-hour street-side pickup window, NYC specific merch, and an exclusive “Big Apple” donut.
Krispy Kreme is also adjusting their grand opening to follow CDC recommended guidelines for COVID-19, so fans can celebrate the opening safely. This includes employee health screenings before shifts, social distancing guides in the store, and the ability to reserve a time to visit the store online to control the number of people inside at any given time.
Update, January 29, 2020 2:23 p.m.:
I love New York City, but it does have one big problem. No, it’s not the subway rats. No, it’s not the subway in general. It’s the fact that we only have ONE KRISPY KREME SHOP. Yes, in this whole city, there is only one. But all that’s about to change because Krispy Kreme updated us all on its plans to open a giant shop in Times Square and also announced that it’s opening five other shops, bringing the city’s Krispy Kreme count to seven shops!
Krispy Kreme announced that its massive Times Square location will open in May, while it will be re-opening its Penn Station location TOMORROW. It will also be hiring over 400 people to staff its seven locations in NYC, which will be located in midtown, the Financial District, the Bronx/East Fordham, Harlem, and the Upper West Side.
TLDR: It’s about to get a lot easier to get hot and fresh Krispy Kreme donuts in New York.
Original, June 10, 2019 2:25 p.m.: Where does the Krispy Kreme with the largest hot light in the world go? A place that’s lit up all night long, naturally. The North Carolina-based donut chain announced today its first-ever flagship store opening in New York City’s Times Square in early 2020—and there’s no way visitors can miss it.
Renderings show a massive wraparound Krispy Kreme LED screen covering the building; in the day, it looks like the white top of a donut box. At night, it turns black with a neon New York City skyline filling the space. As mentioned, this store will be home to the LARGEST hot and ready light in the world, AND it will be open 24/7. They’re not playing around here.
Inside the 4,500-square-foot store, visitors will be able to watch the donut-making process from start to finish. “Stadium style seating” overlooks bakers mixing ingredients and placing donuts on the delivery line to pass under the glaze waterfall, which sounds heavenly to say the least.
There will be plenty of donuts, obviously, plus New York-themed merchandise and Krispy Kreme swag like coffee mugs, hats, tote bags, and t-shirts. 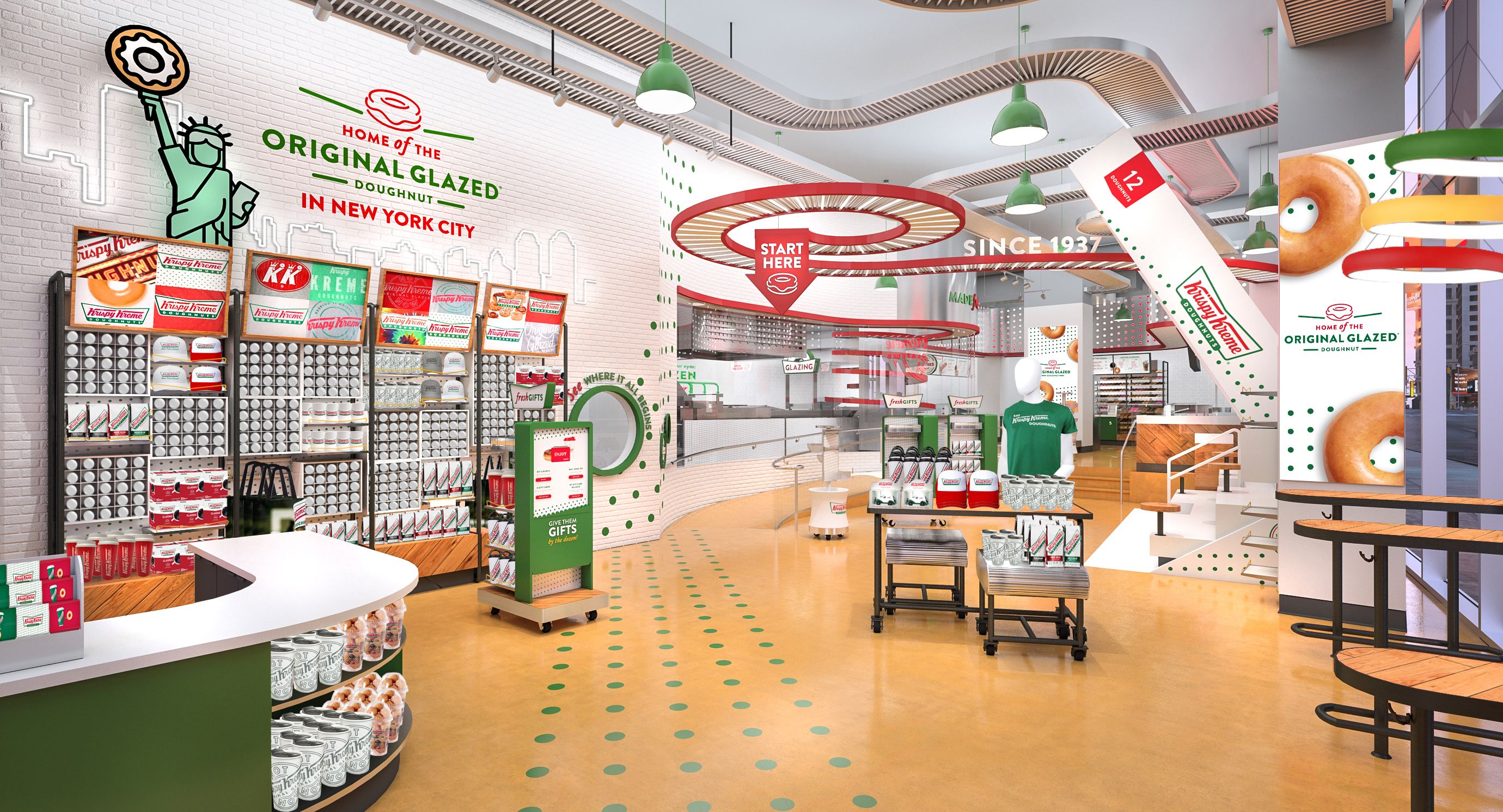 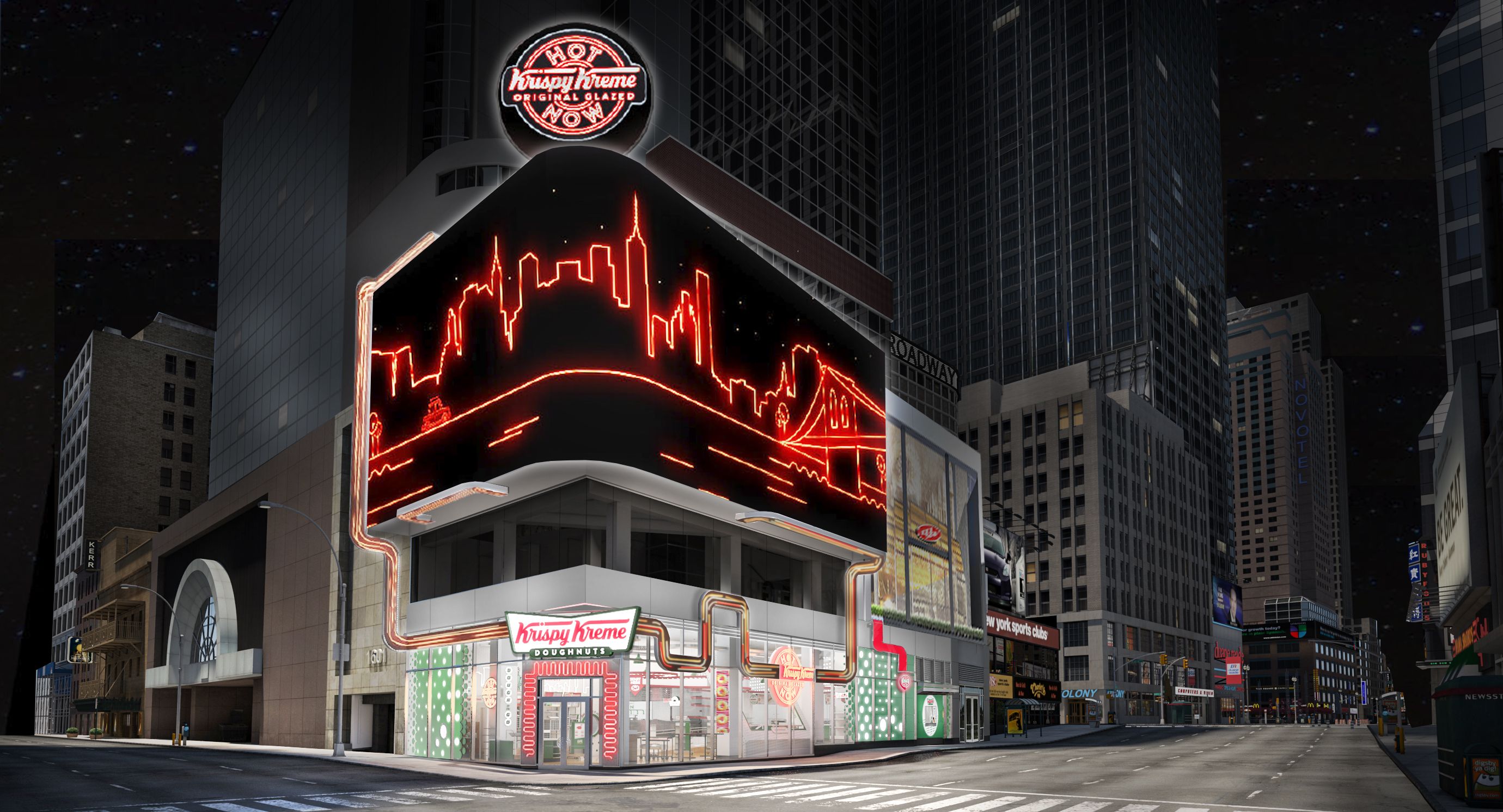 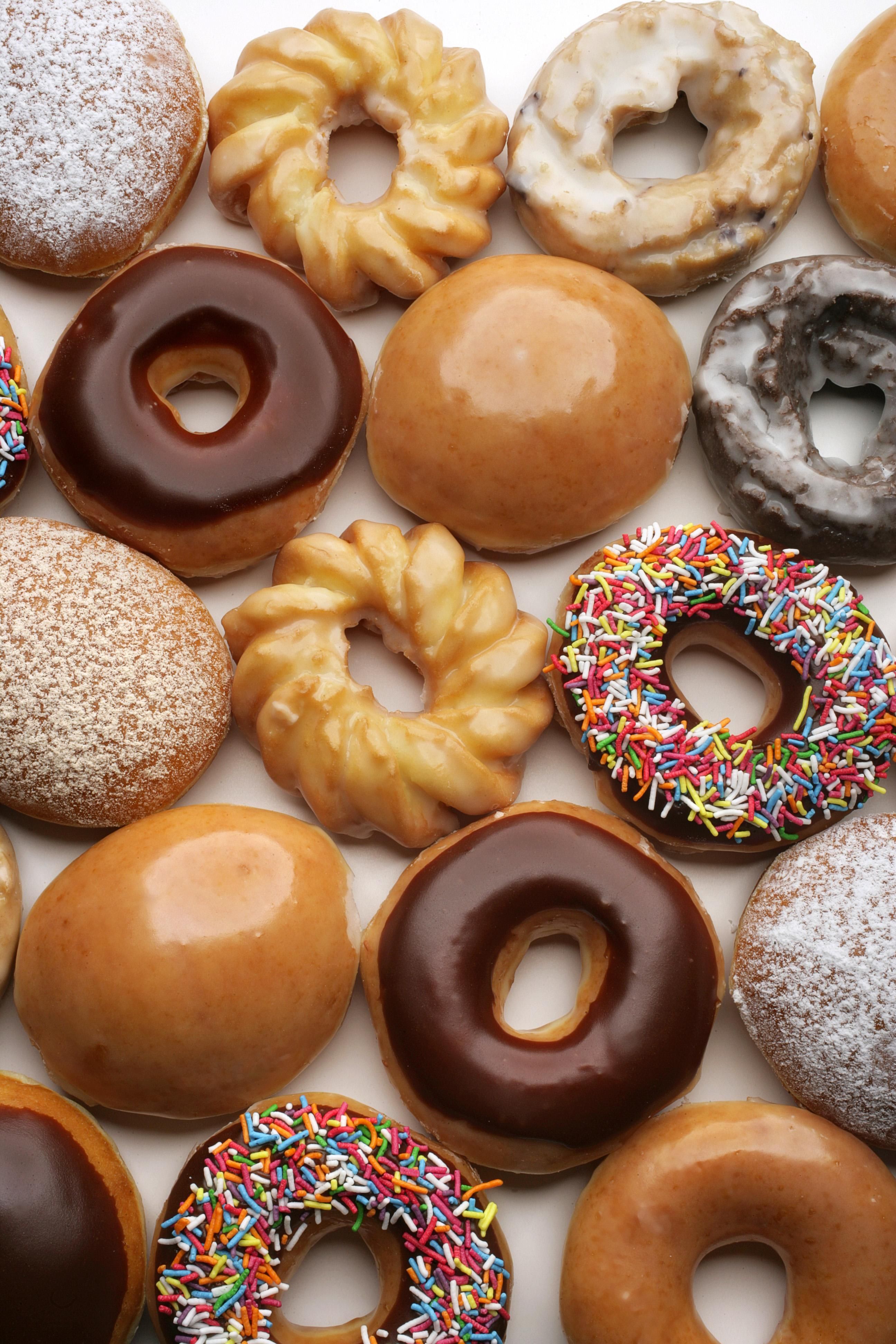 The store is set to open at 48th and Broadway in early 2020 and will be steps from Times Square’s M&Ms World, the giant Olive Garden, and the TKTS Times Square ticket booth. It’s expected to be the busiest Krispy Kreme in the world, the company says. It will also be the only standalone Krispy Kreme in Manhattan; currently, the only shop is inside Penn Station.
To keep things moving, there will be a grab-and-go counter inside with pre-packed dozens of Original Glazed Doughnuts, select assortments, and merchandise, plus an outside walk-up window for Original Glazed Doughnut dozens, pre-packed assorted dozens, and coffee. Excuse us while we plan our 2020 orders!!
Source: Read Full Article