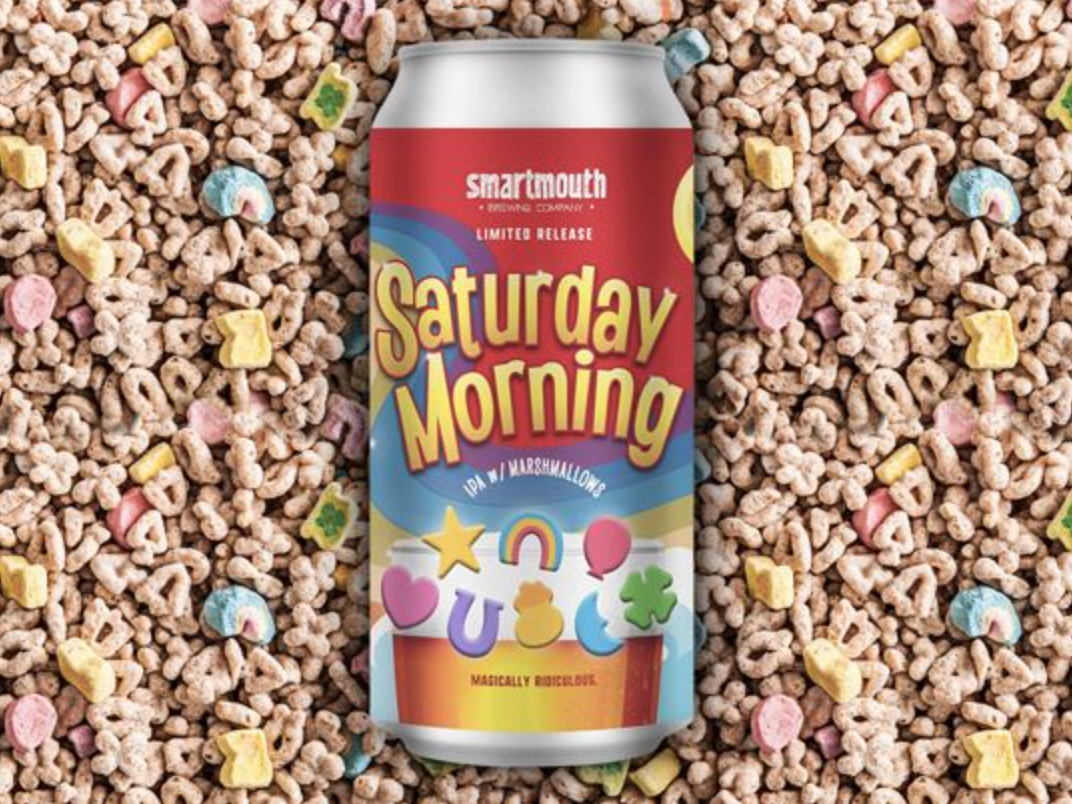 No matter how old you are, you probably hold cherished memories of Saturday mornings filled with cartoons and sugary breakfast cereal. Though Lucky Charms may not be the cornerstone of our diets anymore, the nostalgia factor is powerful enough that those sorts of decadent cereals remain popular even in an age of greater health-consciousness. It shouldn’t come as a huge shock, then, that a craft brewery with the brains to combine sugary cereal with beer has a new product that’s selling like hotcakes.

Beer and breakfast cereal lovers rejoiced as Norfolk, Virginia, brewery Smartmouth released Saturday Morning Marshmallow IPA. Though it didn’t mention any particular General Mills cereals by name, the can’s colorful design and font choice were an obvious nod to Lucky Charms. Smartmouth said the beer was “made with pounds of marshmallows, some of which we toasted, along with tropical fruity Calypso hops,” so the taste sounded like it was on point as well.

As you’d imagine, the March 2nd release of Saturday Morning Marshmallow IPA attracted quite the audience. Smartmouth president Porter Hardy told WTKR that beer lovers travelled from several surrounding states in the hopes of getting their hands on his prized brew. The line began forming at 7:00 a.m., despite the fact that cans weren’t going on sale until noon. Evidence on the ground suggests that anyone who wasn’t in line by 10:00 walked away empty-handed, and anyone hoping to find a four pack through one of Smartmouth’s distributors would likely be out of luck by now as well.

“They sold as fast as we could ring people up,” Hardy told WKTR. “There was a little part of terror in there because it was so unexpected.”

Just as unexpected is how much people seem willing to pay for Saturday Morning Marshmallow on the secondary market. A quick scan of eBay shows single cans attracting bids in excess $100. WTKR reported that four cans were going for $450 on eBay. Even empty cans are commanding obscene bids. If that’s any indication, Smartmouth has tapped into a deep well of demand for hoppy nostalgia.

So is more Saturday Morning Marshmallow IPA on the way? Hardy seems noncommittal for now. But  between the sales and publicity they earned, you can bet that another brewery out there is already prototyping their own take on a sweet, nostalgia-soaked brew.