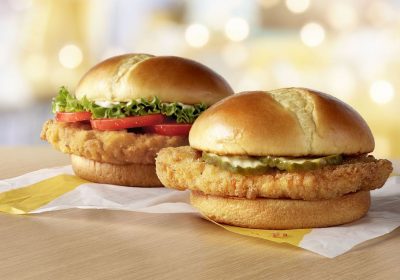 It’s been a whirlwind year or so for chicken and it doesn’t appear to be slowing down anytime soon…not that we’re complaining! Case in point: McDonald’s announced that it is planning on launching a new and improved crispy chicken sandwich across the United States next year.
In a press release, McDonald’s acknowledged chicken’s quickly growing popularity, saying that it is “a category that is growing faster than beef.”
“This includes leveraging the extraordinary global strength of Chicken McNuggets and the McChicken sandwich, and investing in new line extensions and flavors,” the chain said in the release: “It also means continuing to offer food that aligns with current consumer trends and taste profiles, like spicy. To continue building on its chicken portfolio, the Company plans to introduce a new Crispy Chicken Sandwich in the U.S. early next year.”
We don’t know much about this new sandwich (which is not one of the sandwiches shown above, BTW!), but if it’s anything like recent Spicy Chicken Nuggets released by McDonald’s then chances are it’s going to be SUPER delicious…and super popular.
Speaking of, this is far from the first expansion into chicken that McDonald’s has announced in recent months. In addition to those spicy nuggs, they also tested two new chicken sandwiches around this time last year (which are the ones shown above!), as well as introducing chicken offerings for breakfast. We’ll be sure to be on the lookout for any additional details about this new sandwich, but consider this an alert of delicious things on the horizon. 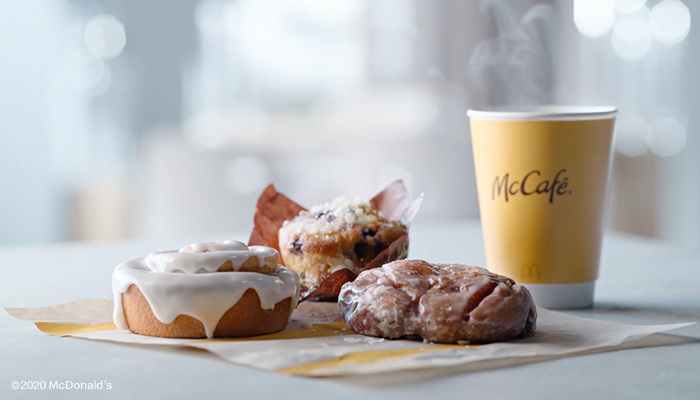