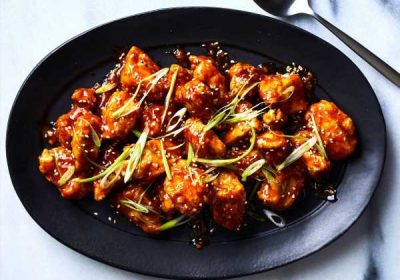 The last time we wrote about Sue Given, the world was a different place. The year was 2017 and, after 30 years of weight fluctuation and trying every conceivable diet, Given had finally found great success with the Cooking Light Diet. She was able to lose 70 pounds, run a 5K, and keep up with her four daughters. Life was good. A Year of Hardships

2020 has been anything but an easy year for Given. First, there were issues all parents can relate to. Raising four girls in their teenage years is no small feat, and so undoubtedly some familial issues arose on the child-rearing front. Then came the global coronavirus pandemic in March. As an educator and a parent, Given not only had to make tough decisions as a mother of four but also as a teacher. How would the students react to online learning, how would she adapt to it, when would she get to return to the classroom, and a million other questions inevitably caused lots of unneeded stress. And then in April, the unthinkable happened: Given lost her father to COVID-19.

Anyone in Given's shoes would've been struggling when faced with all the above in just a few short months. And though Given drew strength from her faith, she wasn't immune to the pain. "I just struggled so much," she said.

Naturally, the pounds she'd lost came back as Given focused less on what she was eating and more on helping her family grieve and heal.

Despite the loss of her father and the struggles she faced as a mom and teacher, Given knew she had to focus on the positive. As someone who so recently had been at her healthiest, she knew that feeling as unhealthy as she did now wasn't something she wanted to sustain. She had to do something, and a conversation with her oldest daughter in July served as the catalyst for change.

"In a very loving way, she told me that they [my daughters] needed me to be healthier because 'we want you around for a long time.'"

That was the push Given needed to revisit the tool that helped her lose 70 pounds those few years ago: the Cooking Light Diet.

Help From an Old Friend

Reinvigorated by the love of her family, Given started using the Cooking Light Diet to plan meals again. And even though all the weight she'd lost had since been gained back, she said it wasn't at all like starting from scratch. "I learned so much the first time—I just needed to put it into practice."

Using her meal plans helped Given stay motivated, and one meal at a time, she started having fun in the kitchen again.

"Cooking is helping to keep me sane," Given laughed.

Reimmersing herself into the Cooking Light Diet also reintroduced Given to the numerous benefits inherent in the service. The emphasis on portion sizes and sticking to recipe measurements meant that she could again "indulge in great food without overeating." Cooking again became not just a source of fun for Given, but also a great opportunity to spend time with her daughters.

"They really appreciate the healthy food we eat, and the time we're spending together in the kitchen, or when they're giving me recipe input," Given said. One of her daughters enjoys sous chef duties chopping everything that needs chopping, one enjoys trying new flavors and ingredients, and all four enjoy the one-on-one time they've been getting with their mom in the kitchen. Another benefit Given has appreciated from resubscribing to the Cooking Light Diet is the usefulness of its Facebook Community. Given called the community a "great resource for finding ingredients" during the coronavirus pandemic. And this author can attest to that fact, as Given was able to help me find whole-wheat flour online when it seemed the whole world had run dry. It's been a very tough year, but Given continues to inspire through her positivity and perseverance. Instead of focusing on what she's lost in 2020, Given has chosen to focus on everything she's gained. The priceless quality time she's been spending with her family has "been a blessing," and the healthy meals they've been enjoying via the Cooking Light Diet has presented even more opportunities to foster and grow those relationships. While Given doesn't plan on running any 5Ks again in the near future, she has set a new goal for herself: to re-lose those 70 pounds before her 60th birthday next year.

Regardless of whether or not she meets that goal (even though we have no doubt she will), we continue to be inspired by this mother and teacher who powers through adversity to put her family first. Sue, thank you for using the Cooking Light Diet to feed yourself and your family, and thank you for sharing your story. Cheers!