Peach vs. Nectarine: What's the Difference? 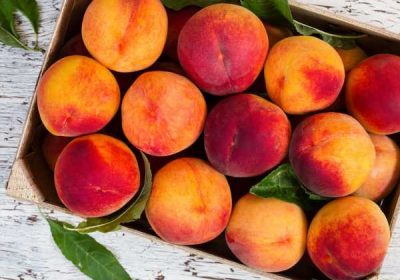 Are nectarines the same as peaches? As it turns out, there is a difference between the two stone fruits—but it’s a small one.

A nectarine is just a peach without the fuzz.

They’re both considered stone fruits, which means they have large, hard seeds in the middle. Though they’re alike in almost every way, a single recessive gene is responsible for the nectarine’s smooth skin, which contrasts with the distinctive fuzzy skin of a peach.

“At first glance, the nectarine (Prunus persica nucipersica) looks like a peach (P. persica) that has lost its fuzz,” according to The New Southern Living Garden Book.” Recent evidence suggests, however, that the nectarine evolved first.”

Both fruits come in golden, red, pink, and peach (duh) hues. They both come in both freestone and clingstone varieties. Are They Interchangeable in Recipes?

So, if they’re so much alike, can you substitute one for the other? It depends.

Peaches and nectarines taste extremely similar—so much so that it’s unlikely anyone will ever notice if you use nectarines in your peach tart or pie.

However, there are a couple things to keep in mind before you make the switch:

Whether you’re shopping for nectarines or peaches, look for firm, fragrant, bruise-free fruits with vibrant colors.