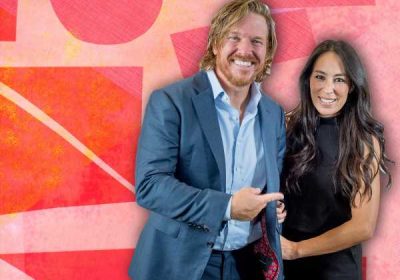 Five months after the announcement that Chip and Joanna Gaines were planning to open a new coffee shop in Waco, TX, the couple is giving a sneak peek at what it will look like inside.

Named Magnolia Press after their company, Magnolia, and a french press coffee machine, the HGTV stars plan to open their new shop this coming fall.

In a recent blog post, Joanna, 41, further explained the meaning behind their coffee shop’s name and expressed her hopes for it to symbolize what customers may experience inside.

“When our team brainstormed on the name we kept coming back to this idea of a french press and the slower (but very rewarding) process of making a rich, good cup of coffee,” she wrote. “It felt symbolic for what we hope people find here with us—a spot to slow down, to take it all in, and to simply savor the moment.”

“In a world where everything feels rushed and fast-moving, there’s a familiar and worthwhile pause waiting for us in a good cup of coffee,” the mom of five added. The Waco Tribune-Herald, which first reported the news in February, noted that the coffee shop will offer a full-service coffee bar, fresh-baked pastries and an assortment of teas at the shop, with a to-go window and indoor-outdoor seating.

The shop will be located at 418 S. Eighth Street, a block away from the couples’ Magnolia Market at the Silos, in a building that formerly housed CrossFit Waco.

“Coffee has a way of grounding me — that morning cup is a simple reminder to celebrate the new day, and then there’s the occasional afternoon cup that serves as a pick-me-up and gives me something to look forward to,” Joanna explained of her decision to open the shop with Chip, 44.

“One of my favorite things to do on a quiet weekend is grab a cup of coffee to-go with my girls and shop around all the local boutiques,” she continued. “There’s just something about holding that cup of coffee that slows me down and makes the moments feel richer.” In addition to the coffee shop, the mom of five also recently revealed that she’s currently working on her second cookbook.

“After months of developing and finalizing recipes, we are excited to start shooting Volume Two of our cookbook!” Gaines captioned a series of photos of herself posing with her youngest son Crew, 1.

“Gonna have to talk with this little one’s agent about his on-set behavior….” she joked of trying to wrangle a squirmy Crew for the photo shoot.

The book featured recipes like her famous biscuits, and also included plenty of images of the former Fixer Upper star’s family with Chip. A release date for the new book has yet to be announced. The fact that Joanna is planning to release a follow up to her Magnolia Table cookbook is a surprise in and of itself, as the home designer told PEOPLE last year that she never intended on writing a cookbook in the first place.

“I never set out to get the opportunity to share my recipes with the world,” she said. “That was never something that I put down as a dream.”

Despite staying busy in the food empire, Joanna is also still as focused as ever on her first love: home design.

Earlier this year, the former Fixer Upper star announced that she teamed up with Anthropologie to launch a 19-piece collection of globally-inspired rugs and pillows that are now available on the retailer’s site.