Home » Food Trends » Should You Eat Fish During Pregnancy?

Should You Eat Fish During Pregnancy? 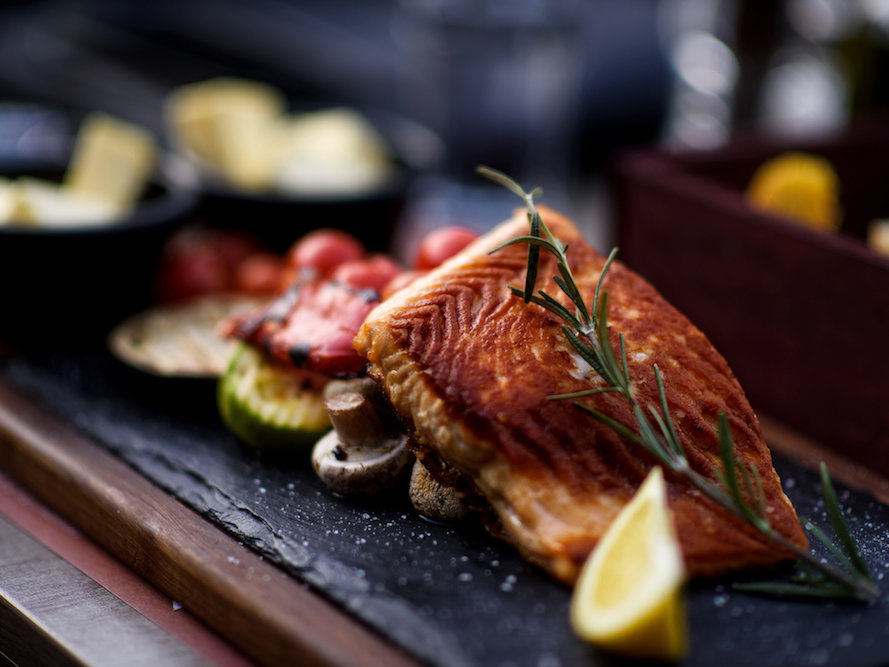 Of all the food dilemmas you face when pregnant, seafood might be the most slippery. Fish contain nutrients essential to the developing fetal brain, but they can also be contaminated with brain-damaging mercury and polychlorinated biphenyls (PCBs). The ecological questions are similarly confusing. Many wild fish are being fished to extinction, but fish farms can be a major source of environmental destruction as well.

All in all, it’s enough to make you throw up your hands and order a cheeseburger. In fact, more than half of all pregnant women eat fish less often than they should because they’re afraid of harming their babies.

But don’t skip fish.The U.S. Food and Drug Administration and the U.S. Environmental Protection Agency advised pregnant women and breastfeeding women to eat more low-mercury fish. While the FDA and EPA had suggested maximum amount of fish in the past, there was no stated minimum. Now, they say pregnant women should eat two to three servings of low mercury fish per week.

“For years many women have limited or avoided eating fish during pregnancy or feeding fish to their young children,” Stephen Ostroff, M.D., the FDA’s acting chief scientist said in an FDA statement. “But emerging science now tells us that limiting or avoiding fish during pregnancy and early childhood can mean missing out on important nutrients that can have a positive impact on growth and development as well as on general health.”

Plus, with so many environmental problems to solve, the next generation will need the brainpower that fish provide. Omega-3 fatty acids in many varieties of seafood not only promote fetal brain and nervous system development, they contribute to a healthy pregnancy by lowering the risk of preeclampsia, low birth weight, and preterm birth. Mothers who eat foods rich in omega-3s continue to boost their babies’ neurological development while nursing, and are less likely to suffer postpartum depression.

The question is, which fish? Here’s information on how to get the necessary nutrients while protecting the health of your baby—and that of the environment.

Savvy eaters look for clean and green seafood that is high in omega-3s, low in mercury and PCBs, and sustainably caught or farmed. Below are the top six:

Certain fish, particularly large predators at the top of the food chain, contain high levels of methyl-mercury, a potent neurotoxin dispersed into the air by coal-fired power plants. Mercury is particularly damaging to the developing brain, and studies have found that its negative impacts can cancel out the brain-boosting powers of fish oil.

Like omega-3s, mercury can pass to babies through breast milk, as can PCBs, flame-retardant chemicals linked to neurological damage and cancer. Though banned in 1979, PCBs persist in oceans and waterways and accumulate in the bodies of certain fish.

Some of the fish that are the worst for your health are also endangered; leave them be, and you do your body, your baby and the oceans a favor. At the top of that list is tuna. Overfishing of tuna is also a major cause of environmental devastation. More than half of the world’s eight tuna species are at risk of extinction, and the global tuna industry kills thousands of tons of untargeted marine life as bycatch each year.

Six other overfished and contaminated species to banish from your plate: