Remember toward the beginning of the pandemic when everyone and her mother was obsessed with Stanley Tucci and his very impressive cocktail-making skills? Well, we’re still not over them, but apparently, he got a huge kick out of the very…interesting comments left on his Negroni video last year too.
In an interview with PEOPLE, Stanley said his wife Felicity Blunt was the one who suggested that he put the Negroni tutorial up on Instagram. He originally made the video as a fun effort to cheer up people at the Curtis-Brown literary agency where Felicity works. It’s since gone hugely viral, something that was a big shock to the couple.
“Surprised isn’t the word. I’m shocked and appalled,” he joked: “I’m so flattered. We had no idea.”
A post shared by Stanley Tucci (@stanleytucci)
Something that seemed to surprise him the most was some the, um, NSFW comments that were left on the Instagram video, calling them “filthy” but saying they made him literally lol.
“I mean, some of them were so funny. Filthy, but funny,” he told the mag: “We laughed so hard, reading them out loud. And they were great, like very flattering too, like really flattering. There was a sex [reference] that made me laugh so hard. It was like, ‘Jesus.’ You look at yourself, and you go, ‘Really?’
Stanley has apparently been a cocktail enthusiast for a while, and the viral Negoni video seemed to let the public know what his friends, family, and co-stars have for years: The man can make a great drink! Since then, he’s made cocktails for a segment for James Corden’s show (shown in the photo above!), mixed up Christmas drinks with sister-in-law Emily Blunt, and announced he’s writing a food memoir, which we hope will include plenty of cocktails. You can read his full interview with PEOPLE here. 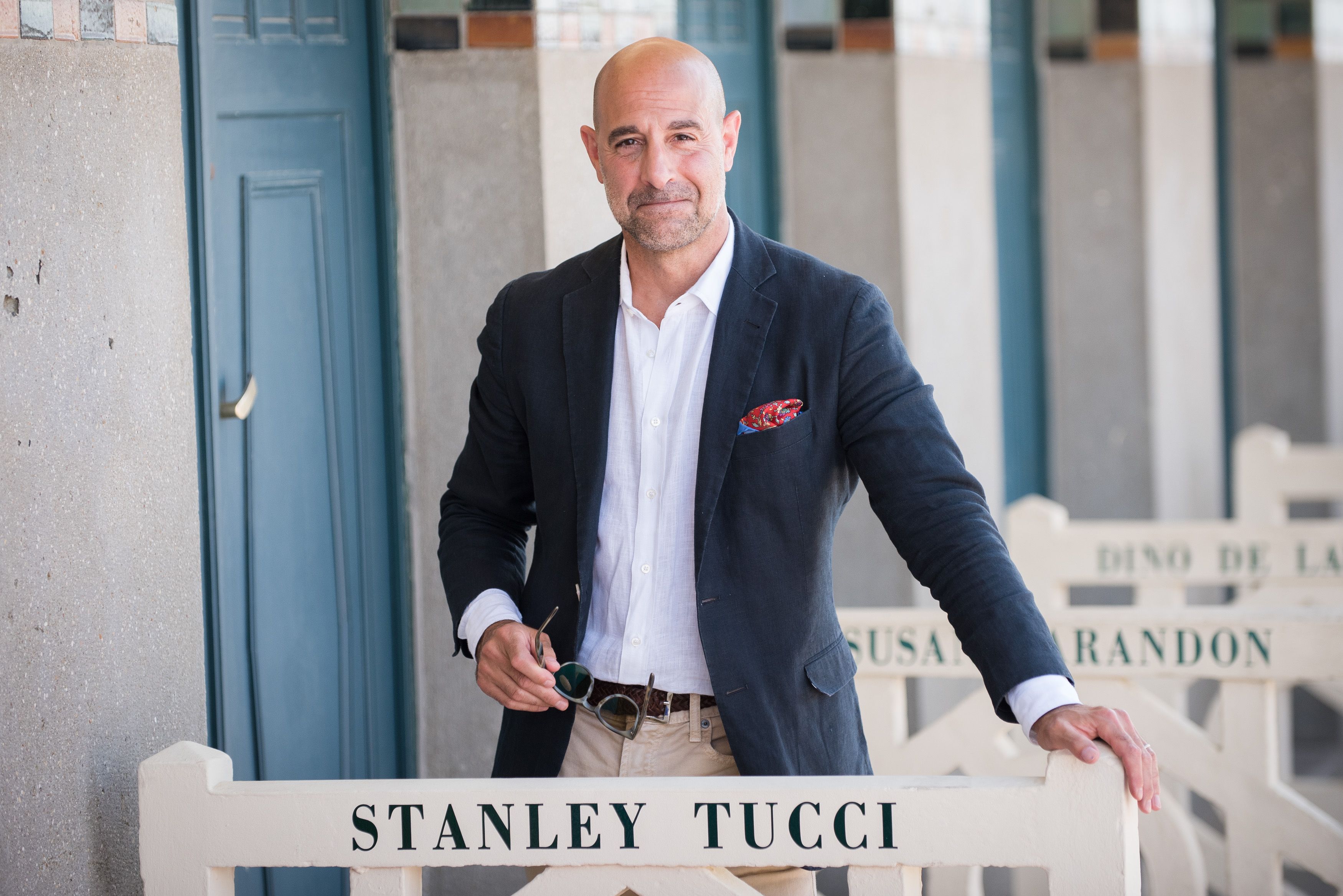