The FDA Just Approved a New Sugar Alternative Called Allulose—How Healthy Is It? 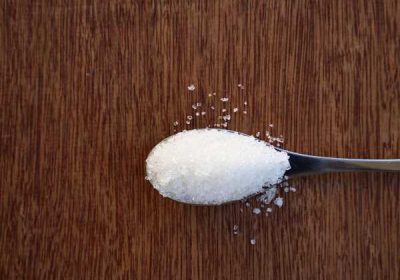 Allulose is a naturally occurring substance—it can be found in wheat, jackfruit, figs, and raisins—that mimics the taste and feel of sugar. Its uses are nearly endless: Allulose can be used in baked goods or to sweeten coffee or tea, or added to frozen products, like ice cream.

Up until last week, products using Allulose had to declare the sweetener in their nutritional facts’ panel, counting the substance toward total and added sugar content. But last Wednesday, on April 17, the FDA gave the greenlight for Allulose to be added to packaged foods without its inclusion in those foods nutrition labels—a truly historic move: It’s the first time the FDA has ever allowed a sugar product to be excluded from nutritional labels, according to Healthline.

“We want Americans to be able to easily determine the most relevant, useful information available when looking at Nutrition Facts and Supplement Facts labels,” says Susan Mayne, Ph.D., director of FDA’s Center for Food Safety and Applied Nutrition, in the FDA’s own news release announcing the decision. “The latest data suggests that Allulose is different from other sugars in that it is not metabolized by the human body in the same way as table sugar. It has fewer calories, produces only negligible increases in blood glucose or insulin levels (which could be a boon to those living with diabetes), and does not promote dental decay. As such, we’ve issued guidance today stating that we intend to exercise enforcement discretion to allow Allulose to be excluded from the total and added sugars declarations on the Nutrition Facts and Supplement Facts labels when Allulose is used as an ingredient.” Allulose will still count toward calories, though.

While it may be a viable option for those who would like to reduce their sugar intake—or who suffer from diabetes—it’s still new, without a body of research to show how safe (or healthy) it may be to consume regularly.

“As with any sweetener, you should be conscious of how much you’re consuming,” Valente says. “Regardless of calories, the foods that you want to eat most often—whole grains, vegetables, fruits, healthy proteins, and fats—aren’t going to have Allulose.” Plus, Valente points out, “some other artificial sweeteners have been linked with cancer, like aspartame and saccharin, and some sugar alcohols may cause GI symptoms and impact gut health.” More research will be needed to determine if Allulose contributes the same health issues. (Here’s what artificial sweeteners do to your body.)

Related: Are “natural” sweeteners really any healthier than sugar?

In the meantime, with the FDA’s move to allow products to remove Allulose from the sugar content of nutritional labels, Allulose will be more difficult for consumers to spot. While it’s not actually adding sugar to foods, Allulose is still a sweetener—and removing it from these labels will make “trying to decipher how much sugar is in your product even more confusing than it already is,” Valente says. “If a product advertises itself as reduced-sugar or lower-sugar, you may think it’s just less sweet.” To determine the sweeteners added to packaged goods, you will need to “check the amount of sugar on the product plus scan for all the different types of sugars and sweeteners that may be added in the ingredient list,” she says. “Look [there] instead of just the flashy buzzwords on the front of the package.”