Home » Food Trends » The U.S. Would Run Out of Avocados in Three Weeks If the Mexico Border Completely Closes

The U.S. Would Run Out of Avocados in Three Weeks If the Mexico Border Completely Closes 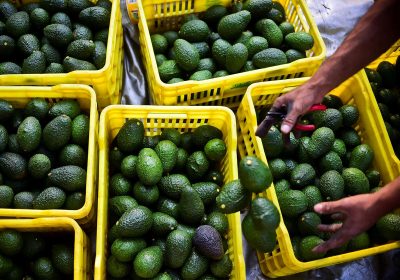 Part of the irony in all the of Trump administration’s anti-Mexico rhetoric is that, at least food- and beverage-wise, Americans love Mexican products. Beer imported from Mexico is one of the bright spots in a struggling brewing industry. Cheap margaritas helped catapult Applebee’s to its best sales in years. And avocados… they’re healthy and delicious, and Americans love them. And Mexico produces more of them, by far, than anywhere else in the world. As a result, if trade with Mexico were to stop, the U.S. would run low on avocados pretty quickly. And depending on the time of year, such as right now, we could even run out.

Eating healthy should still be delicious.

More specifically, Reuters suggests that America would run out of avocados in just three weeks if President Trump were to completely close down the U.S.-Mexico border. “You couldn’t pick a worse time of year because Mexico supplies virtually 100 percent of the avocados in the U.S. right now,” explained Steve Barnard, president and chief executive of the massive avocado distributor and grower Mission Produce, who provided the three-week prediction. “California is just starting and they have a very small crop, but they’re not relevant right now and won’t be for another month or so.”

This scenario has become worth discussing as Trump has repeatedly threatened to close the border over the past few days. As to why, I’ll let the president tweet in his own words. “Mexico must use its very strong immigration laws to stop the many thousands of people trying to get into the USA,” he posted on Saturday. “Our detention areas are maxed out & we will take no more illegals. Next step is to close the Border!”

However, whether the choice to “close the border” would mean a complete halt of goods coming across from Mexico, avocados and all, is unknown. “There’s a lot of stuff that moves and exactly how Customs and Border Patrol would deal with that would be something that we’ll have to confer with them about, should we get to that,” Kevin Hassett, the chairman of the White House’s Council of Economic Advisers, said this morning according to CNN.

Regardless, Trump has been talking about a national emergency. Running out of avocados kind of sounds like one.