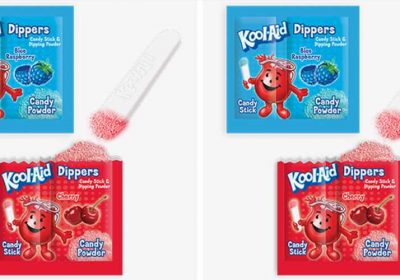 Drugstore News announced the new candy, noting that Hilco has partnered with Kool-Aid’s parent company, Kraft Heinz, to create it. It consists of an edible sugary candy stick that you dip in a pouch, which is filled with either blue raspberry- and cherry-flavored powdered candy. The goal was to create a new way to enjoy the classic drink.
Each of the candy sticks with their pouches will retail for $1.49 to $1.99. The only thing uncertain here is when it’ll be hitting shelves and which stores it’ll be available in. Let’s hope that’s it’s soon — and widespread.
Hilco makes a range of other Kool-Aid treats, including gum, popping candy, and sour gummies. Who knew Kool-Aid and candy went together so well?
From: BestProducts
Source: Read Full Article