This Is What Costco Looked Like When It First Opened 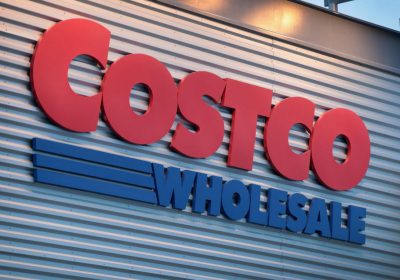 Costco may seem like a mainstay of the modern grocery shopping landscape, but the bulk retailer only came into existence in 1983. The Costco that we know and love started when the Price Club, which opened in 1976 as a warehouse club for business shoppers, merged with a similar business called Costco, to become Costco Warehouse.

They opened their first members-only big box store in Seattle in 1983, and soon added two additional locations in Portland, Oregon, and Spokane, Washington. From there, the company has grown and grown, becoming the first company ever to grow from zero to $3 billion in sales in less than six years thanks to low prices and great deals.

The company recently shared some photographs of their very first store with Business Insider, and they are a trip down cost-cutting memory lane. When Costco first opened its garage doors to its price-saving members, Ronald Reagan was president, Duran Duran and Crystal Gayle topped the charts, and a little film called Return of the Jedi was in movie theaters. While there is a different president, different music, and different movies (although a new Star Wars film is due out soon), not all that much has changed at Costco. The warehouse is still full of jumbo packs of paper towels, display models of TVs and stereos perched over brown boxes, and lines of members waiting to check out with their bargains.

The photos show a bare-bones warehouse, very much in tune with the company’s original mission of selling a variety of goods at discounted prices to their members. The variety of goods is vast, ranging from plants to windsurf boards to toilet paper and that hasn’t really changed. These days each Costco store stocks 4,000 different items for its customers to shop.

One thing that has changed is the crowds, co-founders Jim Sinegal told CNN that the "crowds weren't overwhelming" at first, but "business built up" gradually as people started to figure out that Costco’s entire business was built on keeping costs down to share the savings with their members. These days, everyone loves Costco. It’s not just for the ubiquitous samples, or tasty hot dogs, but for something that is evident those early photos—those really good deals.

When it comes to snagging all of Costco's best steals, there's one rule to live by: Frequent shoppers know best. Check out their insider tips before your next haul.