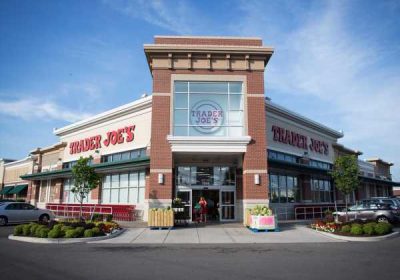 Once you find yourself blissfully buried in the hole that is Trader Joe’s obsession, you’ll do almost anything to get your hands on insider shopping information. You might, for instance, find yourself following a number of fellow fanatical Trader Joe’s shoppers on Instagram or joining the nearly 550,000 people who like the Trader Joe’s Fan page on Facebook.

Or, if you’re like us, you might tuck yourself into bed listening to the monthly Inside Trader Joe’s podcast. If you didn’t know, now you know.

Don’t you dare judge: the July podcast was packed with tons of juicy information about the grocery giant’s plans to increase its sustainability initiatives, particularly in the produce department. The podcast hosts, Matt Sloan and Tara Miller, shared the many ways that Trader Joe’s is working to lead the way in environmentally friendly grocery shopping and reducing the use of plastic in its packaging.

The hosts talked to Jack, the category manager for produce at Trader Joe’s, about how they’re getting greener in the produce department. The first change you’ll start to notice immediately? More loose produce products, versus those sold in plastic containers. “You’ll see it in our potato and onion section, and in our apples. We have more loose apples than we did before, and more loose potatoes and onions, too,” Jack explains. Same goes for garlic cloves.

“But some things we need packaging on—it’s hard to sell loose blueberries,” he adds. For products like blueberries that have to be contained in some way, Jack shared that Trader Joe’s is testing two new types of packaging. One is fiber till, a biodegradable and compostable cardboard-like material, and the other is a thinner type of recyclable plastic they’ll be using in containers.

Other key takeaways we learned about produce at TJ’s? For starters, they donate the produce that doesn’t look good enough to sell to food banks to reduce their food waste impact. They also don’t use chemicals to speed up the ripening process of their fruits and veggies, which is unusual for such a giant grocery store chain.

Another fun fact: the top-selling type of produce at Trader Joe’s is avocados (we see you, fam!), followed by blueberries and organic strawberries.

And because there are few things better than a new Trader Joe’s item to look forward to, Jack spilled something they’ll soon be introducing in the produce aisle: A Southwest Sweet Potato Bowl. “It’s vegan. It’s got some poblano peppers, roasted corn, black beans, and pico de gallo. If you add a protein, you can make it a main dish, not a side kit,” he explains.

You had us at sweet potato. Keep up the good work, TJ’s!