Home » Food Trends » Want a Job at McDonald’s? Roll Up to the Drive-Thru

Want a Job at McDonald’s? Roll Up to the Drive-Thru 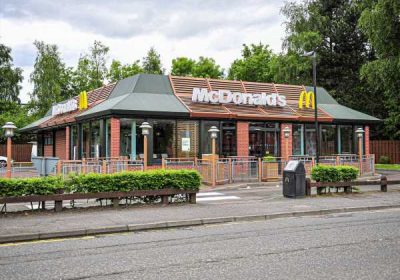 For fast food chains, drive-thrus have experienced something of a resurgence in 2020. During times like these, they’re among the safest ways to get food, to the point that they could factor heavily into how restaurants are designed in a post-Covid world. For those looking for work during these difficult economic times, the drive-thru could now also offer a job.

On September 16, more than 100 Southern California-based McDonald’s locations will conduct a “Drive Up Hiring Day”. In essence, all one has to do is roll up to the drive-thru between 10 a.m. and 7 p.m. and earn the chance to interview for a job on the spot, with no need to schedule anything ahead of time. You can even interview while sitting in your car, or “sit in the designated interview areas” according to a statement.

The process can also begin before making its way through the drive-thru. Applications can be started via text or Alexa and Google Assistant, which seems like a very specific use-case for those pieces of smart home technology.

WATCH: How to Make a Copycat McDonald's McRib

This auto-based streamlining of the interview process comes amid a massive hiring push for the worldwide fast food conglomerate. According to Nation’s Restaurant News, McDonald’s announced plans to hire 260,000 workers back in June. While it’s unclear where the company stands relative to that quota, there’s no doubt that this could help boost those numbers.

The hiring spree also comes at a time when McDonald’s hasn’t exactly garnered glowing press for its labor relations. Earlier this year, workers filed a $500 million sexual harassment lawsuit against the company. Independently of that, employees from Oakland to Florida went on strike to protest what they considered to be inefficient pandemic protection and unfairly low wages.

Still, at a time of mass unemployment and little to no prospect of further relief from the federal government, the idea that anyone is hiring can’t necessarily be taken for granted. At the very least, McDonald’s deserves some credit for hopefully helping some people go from unemployed to employed again a little bit faster.