Home » Food Trends » What Are Carbohydrates, and Are They Really That Bad?

What Are Carbohydrates, and Are They Really That Bad? 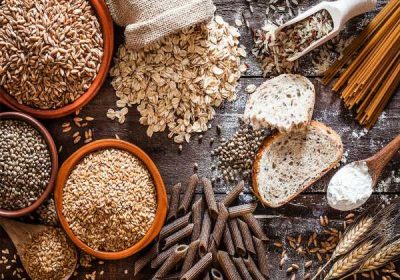 Have you been doing your best to steer clear of carbs? You’re hardly alone: “Many women believe carbohydrates are the enemy,” says nutritionist Rania Batayneh, author of The One One One Diet.

Carb-restricted eating plans are trendier than ever these days, as celebrities like Halle Berry and Kim Kardashian West espouse the benefits of the ketogenic diet. Low-carb enthusiasts say the macronutrient triggers weight gain and contributes to a host of health problems, including disease-causing inflammation and the fuzzy-headed, unfocused feeling known as brain fog. But doctors warn that this type of all-or-nothing thinking can be risky.

Labeling an entire food group as “bad” is a vast over-simplification, says David Katz, MD, founding director of the Yale-Griffin Prevention Research Center at Yale University and author of The Truth About Food. “Carbs are everything from jelly beans to pinto beans,” he points out.

Indeed, one of the reasons carbohydrates cause so much confusion is that superfoods like cauliflower are lumped into the same category with hot dog buns. Research is clear, however, that choosing the most nutritious kinds of carbohydrates can improve your health and may actually help you slim down. The first step: reconsidering what you’ve always heard about your body’s number one source of energy.

When you eat carbohydrates, they are broken down by your gut into glucose and released into your bloodstream. Your pancreas responds by releasing insulin to shuttle that glucose into cells. The higher your blood sugar levels get, the more insulin circulates through your system. And that can be problematic because excess insulin damages cells, ups your risk of heart disease and diabetes, and triggers your body to store surplus glucose (the energy that your body doesn’t currently need) as fat—especially in your midsection, says Mark Hyman, MD, director of the Cleveland Clinic Center for Functional Wellness. But here’s the crucial caveat: Not all carbs cause a big spike in blood sugar.

Refined carbs—the kind found in sugars and processed grains, like white rice and anything baked with white flour—are stripped of nutrients and contain little to no fiber; they are broken down swiftly and send your blood glucose and insulin levels soaring. Complex carbs, on the other hand, are made up of longer chains of sugar molecules (a.k.a. starches), as well as fiber; they take more time to digest and provide a steadier stream of blood sugar, prompting a more gradual release of insulin, says Kristin Kirkpatrick, RD, lead dietitian at Cleveland Clinic Wellness Institute. These types of carbs are in a wide array of highly nutritious foods—including legumes, nuts and seeds, and all fruits and vegetables.

Complex carbs are found in whole grains, too. If you eat grains as part of your diet, look for “100 percent whole grain” on labels (even on products like pasta and crackers). Just don’t be fooled by the so-called “whole-grain halo”: A product that also contains added sugar or any ingredients you can’t pronounce is not the healthiest option.

Myth 2: Carbs Are Bad for Your Body

If your diet consists mostly of packaged treats and soda, then yes, your carb intake may cause problems like chronic inflammation and brain fog, among other issues. But cutting back on all carbs comes at a real cost.

Despite their bad PR, carbohydrates boast many health benefits. For starters, “they help fuel your brain, kidneys, heart muscles, and central nervous system,” says Batayneh. Carbs also contribute to the production of the feel-good brain chemical serotonin. Thanks to their fiber, complex carbs aid digestion, help you feel full, keep cholesterol levels in check, and ease bloating and constipation. And perhaps most important, complex carbs are rich sources of nutrients and powerful phytochemicals, which play a role in preventing and even fighting illness and cellular aging.

That may be why several studies, including a new report in the European Heart Journal, show that people with the lowest carbohydrate intake have an increased risk of early death from all causes. Moderate to high intakes of healthy carbs seem to have the opposite effect: “Research shows that the Mediterranean diet, which is higher in lean protein and healthy fat, and the Japanese Okinawa diet, which is low in fat and protein, are linked to a longer life span. These two diets are very different—except for the fact that they’re both rich in whole, plant-based carbohydrates,” says Dr. Katz.

So how many carbs should you consume? The answer differs for everyone. (An endurance athlete will need more than the average person, for example, because she’s burning more energy and requires more fuel.) But as a general rule, you can eat as many carbs as you like when they come in the form of low-starch vegetables (like asparagus, broccoli, celery) and low-glycemic fruits (such as pears, kiwis, and oranges)—or in other words, produce that has a nominal effect on your blood sugar.

As for higher-starch complex carbs (hello, sweet potatoes and bananas), they’re best eaten in moderation; aim for a serving or so per meal, max, though the ideal amount for you really depends on your age, weight, and personal biochemistry.

Too much of any food group can lead to weight gain, and there’s no question it’s easy to overdo it on “empty” refined carbs (potato chips, we’re looking at you) and higher-starch carbs, like brown rice. “The reality is, most Americans are overconsuming carbs,” says Dr. Hyman. However, when you’re eating mostly slowly digested complex carbs—think leafy greens and lentils—it’s harder to go overboard. That’s because those foods leave you feeling satisfied, so you’re not craving a cookie 30 minutes later.

Choosing complex carbs over the refined kind might even help you lose weight. A study published in The American Journal of Clinical Nutrition, for example, revealed that obese adults on a reduced-calorie diet who ate four to seven daily servings of whole-grain foods shed twice as much abdominal fat as those eating refined grains. “Because high-fiber foods take longer to digest, they tend to even out blood sugar, leading to lower insulin levels—which keeps your body from creating excess belly fat,” explains Dr. Katz.”

That said, if you have a significant amount of weight to lose, a low-carb plan may be appropriate, says Dr. Hyman. But—and this is key—you need to work with a doctor or nutritionist to make sure you’re still getting the nutrients your body needs.

And beware the risk of burnout, warns Dr. Katz. “If drastically limiting carbs was effective and sustainable, wouldn’t fewer Americans be struggling with their weight?” He suggests a simpler, more balanced approach: “A plant-based eating plan rich in complex carbs can help you stay healthy and lose weight—and it’s a lot easier to stick with long-term.”