Your Favorite Pizza Topping Is Facing a Major Shortage 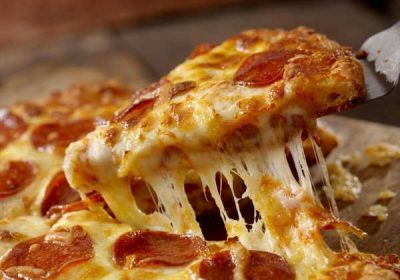 Throughout the Garbage Year of 2020, pizza has been a consistent and faithful companion. Pizza was there for us when restaurants were closed and delivery was our only option. Pizza was also there for us when we waited in long lines to vote. It’s even been a thing that people have tried to feed to a moose. Now, though, it looks like our insatiable appetite for pizza amid the ongoing pandemic might mean switching it up from your usual order.

That’s because there seems to be something of a pepperoni shortage going on, as pizzerias from cost to coast have to contend with higher prices for the popular meat topping. As Bloomberg reports, pepperoni prices have been up by up by well over a dollar per pound, affecting pies everywhere from SoHo to South Dakota. In most cases, local shops without the purchasing power of, say, Domino’s are bearing the brunt of the issue. That’s left chains either scrambling to keep up with the competing costs or switching suppliers in the hopes of securing a better deal.

WATCH: How to Make a Cheesy Eggplant Crust Pizza

The issue with pepperoni prices is one of supply and demand, with the pandemic-induced shifts affecting both sides of the equation. As you might recall, Covid-19 has greatly slowed down pork production, as plants have closed due to widespread transmission of the virus. That’s in line with broader issues around meat supply/prices we’ve seen over the last few months.

Simultaneously, everyone seems to be eating more pizza this year. Big chains like Dominos have made a killing in 2020, since their delivery-first model had a definite advantage as more traditional restaurants scrambled (and continue to scramble) in order to adapt to the changes forced upon them by our new “normal.” So in essence, more people want pepperoni when less of it is around. It’s the perfect (if unappetizing) storm of market forces.

Who knows when pepperoni will be plentiful once again. It’s probably a matter of pizza demand retreating to normal levels while supply has a chance to hopefully rebound. For now, though, maybe opt for a vegetarian pie instead.