Home » Health & Diet » Adele weight loss: How the Easy On Me singer lost 7st in two years ‘Made me feel better!’

Adele weight loss: How the Easy On Me singer lost 7st in two years ‘Made me feel better!’ 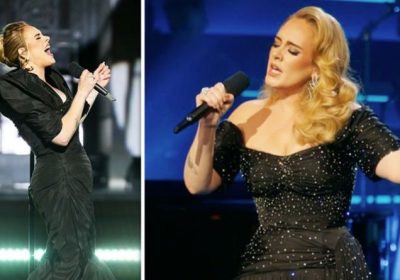 Adele reveals struggle of divorce and becoming a single mum

While Adele’s new album, 30, is a hot topic of conversation, so is the singer’s recent weight loss. The mother-of-one who resides in LA, set the record straight and revealed over the past two years, she worked out three times a day in a bid to help her mental health. As a result of the intense exercise, Adele lost a staggering amount of weight.

Adele, 33, is set to release her next album this month following a six-year hiatus from the music industry.

Tonight, the singer-songwriter appears in a documentary on Channel 5.

Adele: From 19 to 30 – In Her Own Words, takes a look at her incredible career and examines how she has retained such a loyal fan based despite disappearing from the business for long periods.

As the show spans 11 years of her life, Adele’s transformation from a young woman to a successful artist is clear.

Over the last two years, Adele has overhauled her lifestyle, losing 100 pounds, or 7st 2lbs.

The first suggestion of a new exercise regime was when she attended Drake’s birthday party in October 2020.

“I used to cry but now I sweat #gingermckenna,” she commented on an image she posted to her Instagram account.

Then, for her 32nd birthday in May 2020, she posted a more dramatic photo to thank fans for the love and well wishes.

She was seen standing in a large gold ring with flowers around it, wearing a black dress and looking visibly slimmer.

And when she congratulated Beyonce in August 2020, fans barely recognised the Easy On Me singer.

Since then, Adele was seen in a bikini top and leggings, celebrating Notting Hill Carnival.

The only time she has really commented on her weight loss was during her opening monologue for SNL.

She joked: “I know I look really, really different since you last saw me.

“But actually, because of all the Covid restrictions…I had to travel light and I could only bring half of me, and this is the half I chose.”

There has been so much speculation as to how Adele lost the weight and she has finally addressed the rumours during a conversation with British Vogue.

She believes “one of the reasons people lost the plot was because actually, it was [losing 100 pounds] over a two-year period”.

The reason Adele lost weight was because of her anxiety.

“Working out, I would just feel better,” she explained.

“It was never about losing weight, it was always about becoming strong and giving myself as much time every day without my phone.

“I got quite addicted to it. I work out two or three times a day

Adele’s workout routine would start with weights in the morning, followed by a hike or boxing in the afternoon and then a session of cardio in the evening.

She was able to do this much exercise every day was because she was “unemployed” and had personal trainers to help her, which she recognises isn’t “doable for a lot of people”.

The singer also addressed why “people are shocked” and she thinks it’s because she didn’t share her weight loss journey.

“They’re used to people documenting everything on Instagram, and most people in my position would get a big deal with a diet brand. I couldn’t give a flying f**k. I did it for myself and not anyone else. So why would I ever share it? I don’t find it fascinating. It’s my body,” she commented.