Correction: No, You Probably Shouldn't Drink 25 Cups of Coffee a Day 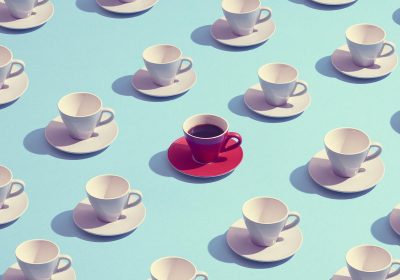 Research making the rounds in Monday’s headlines could make you jittery just thinking about it. Drinking up to 25 cups of coffee per day, the headlines say, is still safe for the heart.

The research, which was presented at the British Cardiovascular Society’s conference on Monday and has not yet been published in a peer-reviewed journal, was based on an analysis of about 8,500 people in the U.K. Compared to those who drank less than a cup of coffee a day, the researchers found, people in the highest tier of consumption—those who averaged five cups a day, but some of whom drank up to 25—did not have a higher risk of arterial stiffness, which can strain the heart and increase the risk of stroke and heart attack.

While there’s a long-lasting debate on the topic, plenty of recent research has found health benefits associated with regular coffee consumption, including better heart health and longevity. But most health groups advise adults not to consume more than 400 milligrams of caffeine per day (about the amount in four cups of coffee), according to the Mayo Clinic, especially if they’re experiencing side effects like jitteriness, headaches, stomach problems and mood disruptions.

So is it really safe to drink about a cup of coffee every hour, 24 hours a day?

Alice Lichtenstein, a professor at the Tufts Friedman School of Nutrition Science and Policy, says data on extremely heavy coffee consumption is scarce, so it’s hard to say for sure. Everyone also responds to and metabolizes caffeine differently, she says, so the risks may not be equal across the board. But there are a few things everyone should keep in mind.

People with blood pressure issues have the clearest risk, Lichtenstein says, since excess caffeine consumption can spike their blood pressure to unhealthy levels. In rare cases, excess caffeine intake has also been blamed for heart problems and even deaths, though mostly among people consuming highly concentrated energy drinks or those with preexisting cardiovascular conditions.

Drinking 25 coffees a day is probably also going to affect sleep. Sleep-deprivation is associated with obesity and a range of other chronic diseases, not to mention fatigue and lost productivity.

Lichtenstein adds that coffee serving sizes and caffeine content can vary drastically—25 espressos may have different effects than 25 jumbo drip coffees, for example—and that drinking black coffee is healthier than loading up multiple cups of java with cream and sugar.

Finally, Lichtenstein notes that “it does seem almost difficult in one’s normal life to consume that much.” Constantly sipping coffee may be a sign of dependence, especially for those who feel like they can’t function without it, experts warn.

While it may be too soon to say exactly how a high-octane coffee habit affects your health, Lichtenstein stresses that most data suggest your morning boost isn’t bad. “People seem to be constantly looking for things that are adverse about coffee, and it’s not entirely clear why,” she says. “It’s that thing [where people think] if it’s good for you, you shouldn’t be enjoying it. It’s okay to enjoy food.”