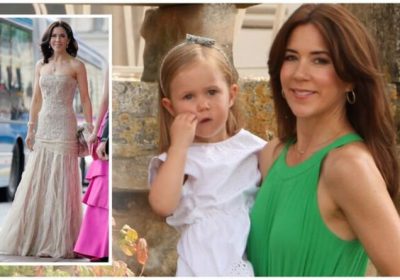 Crown Princess Mary of Denmark, who is now 50 years old and has four children, is admired by many for her impeccable style and slim figure. Princess Mary looked impeccable on February 23 when Kate Middleton visited Denmark on a royal visit. She wore her Chanel white coat which she has worn many times, which looked stunning on the Princess’ already amazing figure.

But what is Mary’s secret?

The royal follows the Danish Diet, a healthy meal plan that helps her stay in such good shape.

Following the meal plan, the beautiful royal eats a lot of oily fish and root vegetables, as well as potatoes and only consumes one type of bread.

It is typical for Danish people to eat a lot of oily fish such as salmon, which is the base of the royal’s meal plan.

The diet follows a lower carb intake and a higher intake of healthy fats such as nuts, protein or seeds.

Root vegetables and potatoes are also included, and Rye bread is “a staple”.

“In the ‘Danish diet’, the emphasis is on high-quality meats when meats are eaten – and lean options.

“The Danish diet includes fruit and encourages snacking on berries, which are high in antioxidants that can protect against disease,” dietitian Lyndi Cohen told Femail.

The expert continued: “It also includes plenty of root vegetables like carrots, parsnip and potatoes, while rye bread is a staple food in the diet – principally because it is much higher in nutrients like the B group vitamins, Iron, phytochemicals and magnesium.”

It is reported Princess Mary only eats one type of bread.

“The ‘Danish diet’ is really sensible.

“Instead of focusing on cutting out foods, the emphasis is on including more healthy foods.”

Lyndi continued: “Unlike the Western diet, the Danes are not afraid of potatoes.

“If you eat too much of anything, it won’t be healthy for you.

“However, including potatoes can be incredibly healthy.

“Include the skin, bake them instead of frying and stick to about half to one cup per day to help you get a balanced mix of nutrients from other foods.”

“The Danes are more likely to enjoy baked potato or a homemade potato salad than hash browns,” she said.