Home » Health & Diet » Does the Keto Diet Cause Hair Loss? We Asked an Expert

Does the Keto Diet Cause Hair Loss? We Asked an Expert 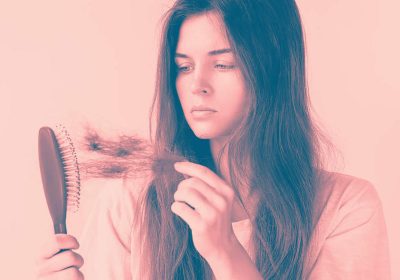 Whether or not the keto diet is “healthy” is debatable. Originally devised to help people suffering from epileptic seizures, the diet has become a wildly popular weight loss trend that induces ketosis, which causes the body to burn fat instead of carbs. Ketosis can set in after three to four days of following the high-fat, low-carb diet, and it triggers weight loss.

But the diet plan doesn’t come without pitfalls. The keto diet can result in what’s been dubbed the keto flu, which can make people vomit and feel fatigued, Kristen Kizer, RD, a nutritionist at Houston Methodist Medical Center, previously told Health. The side effects of the diet range from dangerous to bizarre: Going keto could increase your risk of heart disease and diabetes—or it could even make your crotch smell weird.

But hair loss is a keto diet downside we didn’t know about until now. Wellness website mindbodygreen recently reported that the diet could cause hair loss by causing the body extreme stress or malnourishment. We started to worry that this was a horrible side effect of going keto that had been overlooked, so we spoke to a nutrition expert to get the facts.

Keri Gans, RDN, tells Health it’s possible that the keto diet could cause hair loss, but this isn’t a given. “Would I find this surprising? Not necessarily. Lots of things can happen when you restrict your body from important nutrients it needs,” she says. “There are so many things that could go wrong.”

Research hasn’t yet proven a relationship between a thinning head of hair and a keto diet grocery list. “I would be curious to see research that [could] support this, [but] we can’t blame everything on the keto diet,” Gans says.

The new mindbodygreen post says that stress caused by the diet could be responsible for hair loss. While this has yet to be proven, it’s not outside of the realm of possibility, Gans says. “The keto diet may put stress on a person in more ways than you might actually be thinking. It’s a diet of restriction. That takes effort and could be causing stress.”

Going from your normal diet to a keto diet could strain your mental capabilities if you’re already trying to micromanage other aspects of your health. “There are so many foods that somebody cannot eat when they’re on the keto diet,” Gans explains.

Mindbodygreen also cites protein deficiency as another way the keto diet might lead to hair loss. Protein is essential to healthy hair (and nails), but you’d have to be getting too little protein for several months before you’d start to see the effects on your hair, according to the American Academy of Dermatology. And there hasn’t been any research proving that getting too little protein on the keto diet can cause hair loss, Gans adds.

We can’t yet definitively blame the keto diet for hair loss. There are plenty of other more established negative side effects of the diet though, Gans says, including “brain fog, flu-like symptoms, fatigue, dizziness, nausea, irritability, constipation.”

It’s possible that the keto diet could cause you to lose a few strands of hair, but we can’t tell you for sure that the diet is the reason your ponytail is getting smaller. However, Gans adds, “one could argue that fruits and vegetables can make our hair grow better.”