Home » Health & Diet » Ed Sheeran weight loss: Singer drops 5 stone by cutting down on one drink – ‘I was big’

Ed Sheeran weight loss: Singer drops 5 stone by cutting down on one drink – ‘I was big’ 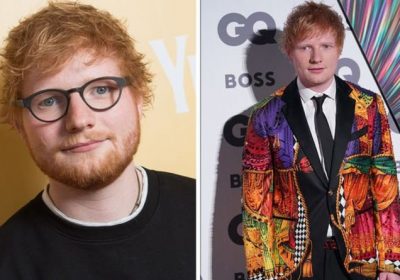 Ed Sheeran says he 'likes to sing' to daughter Lyra

Ed Sheeran spoke about his weight loss journey and revealed cruel internet trolls were one of the reasons why he decided to slim down.

In 2019, the singer explained why he decided to change his lifestyle, saying people had called him “chunky” and “fat” online and admitted his diet consisted in drinking alcohol “every single day”.

Ed said: “I never had insecurities and people pointed them out – your brain starts thinking about them.

“It all stems from other people’s insecurities. So many people have things they’re insecure about so it makes them feel better to point out someone else’s.

“Because half the people that would point out that I’m fat are probably fat themselves.”

He continued: “My problem was I’d go to the pub, have bangers and mash, a pie, maybe a pudding and then loads of pints. And then not exercise.

“My friends used to call me Two Dinners Teddy.

“On tour, it’s very easy to drink every single day because there’s always someone visiting.

“I had to make a real effort on the tour. I’m 12 stone now. I started running. I’ve got into cycling as well.”

Ed Sheeran admitted: “I used to be a pizza and chips man and that’s all I ate but when I started travelling the world my thing of it was if a whole culture goes ‘this is our thing’ and ‘we love it’ then I’m going to give it a go because when you go into any restaurant and there’s a chef there and they specialise in something it must be good.”

However, Ed revealed he had another motivation to lose weight: his daughter.

The star explained that becoming a father made him realise he needed to change his lifestyle completely.

That included prioritising his health.

Ed said the “penny dropped” when “Cherry was pregnant”.

The British singer admitted his daughter Lyra was his “biggest motivation” to “detox his life”.

Moreover, drinking in excess and partying had put him in “dangerous” situations, Ed explained.

The star drastically reduced his alcohol intake and saw the results instantly.

He said: “I stopped three months before Lyra was born because I was determined I was going to be the person to drive my wife to the ­hospital.

“Since becoming a dad”, Ed Sheeran follows a healthy and “clean” lifestyle and he would occasionally have one drink but doesn’t “drink two bottles” of wine like he used to.

Alcohol can increase one’s weight, the difficulty to lose it and impact mental health.