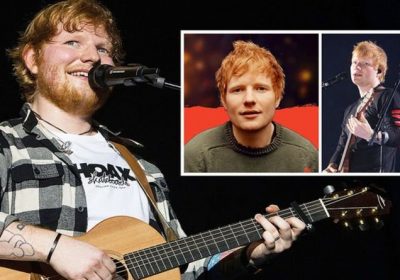 Ed Sheeran says he 'likes to sing' to daughter Lyra

Singing sensation Ed Sheeran, 30, has admitted his weight ballooned to 15 stone after his latest tour finished. The pop star revealed he lived on a diet of alcohol and fried food but has since stopped bingeing and shed a whopping five stone – here’s how.

Ed, who married Cherry Seaborn in 2019, said becoming a father helped him realise he needed to prioritise his health and changes his lifestyle.

“It was when Cherry was pregnant the penny dropped,” he remarked.

Ed said his daughter Lyra – who was born August 2020 – was the “biggest motivation” for him to “detox his life”.

The Grammy-award-winning singer said excess and hard partying put him in “dangerous” situations, and the loneliness of being on tour led him to drinking alone.

Despite returning home and taking time off from music, Ed revealed he started bingeing.

“Since becoming a dad I’ve become quite clean-living,” he explained.

“But I think actually taking time off and not being on tour was the worst thing for my health because I would drink every single day.”

Ed talked about “solitary” life of a successful solo artist and how he would “come off stage” and found himself “suddenly” alone.

His tour crew “who are in their 50s, married, kids, they don’t want to go out clubbing until 2am” so he would go out on his own and “see where the night took him”.

“I’ve made a lot of mistakes,” Ed shared.

But Robbie Williams is someone who he turned to for help and advice as he too experienced similar situations throughout his career.

“I’ve had long conversations with him [Robbie] about it, and he’s been very caring with me. He still checks up on me a lot.”

Speaking about his lifestyle overhaul, Ed said: “I stopped three months before Lyra was born because I was determined I was going to be the person to drive my wife to the ­hospital.

Ed admitted he “always knew” he was a “big” person, but realised he was “too big” because of his love for “chicken wings, wine and beer” and a lack of exercise.

Despite changing his ways, Ed still has the occasional drink but doesn’t “drink two bottles” of wine like he used to.

He said he doesn’t ever want to “quit” any foods of drinks because he feels he would “end up starting to try and binge it again”, The Sun published.

Alcohol can have a wide range of adverse effects on almost every part of your body, including your brain, bones and heart, the NHS explains.

From dehydration to feeling the need to snack and interfering with sleeping rhythms; alcohol can have a lot of short term effects.

Long term, alcohol can increase ones weight, contribute to a range of organ diseases and impact mental health.

If you or anyone you know needs help with alcohol consumption, please see Drink Aware’s website for information and guidance.