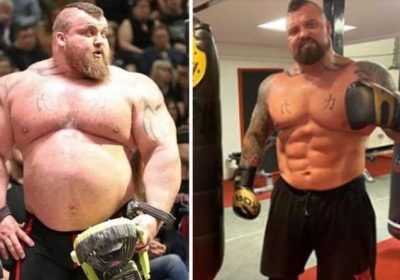 The former World’s Strongest Man is best known for breaking the deadlift record by lifting 500kg – a move that saw him pass out. After retiring from the competition over health fears, the 32-year-old from Stoke-on-Trent set himself a new challenge – stepping in the ring for a boxing match with Game of Thrones star Hafthor Bjornsson. Posting on Instagram last week, Eddie – nicknamed ‘The Beast’ – said he has lost almost six stone in three years.

But the vast amount of his weight loss came in a short period of time.

“Working my b******s off to succeed on another mission. 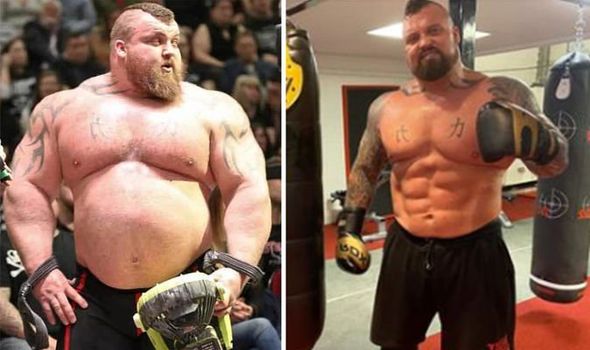 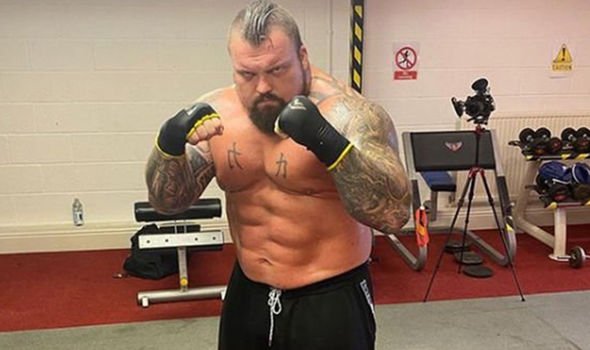 “My next goal is another huge one and I’m attacking it like I did with strongman – I’ll let you all know soon enough what it is.”

In just over two months Eddie lost 8kg – almost a kilo a week.

And he gave some insight into just what he did.

He said: “Been training really hard recently and I’m mega fired and hungry for success. 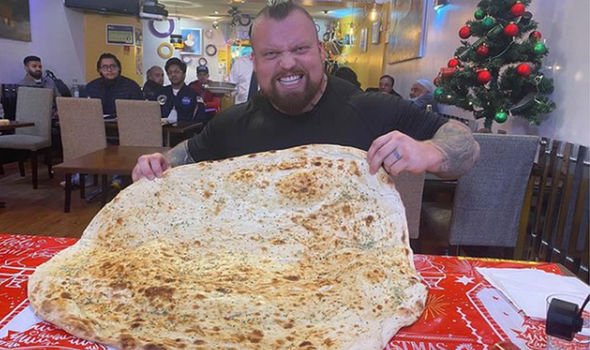 “On top of four weight sessions.”

In another post, Eddie appeared to clear-up that there was no shortcut to success and that it didn’t necessarily require any particular gym equipment.

He added: “It’s so much easier training for a goal knowing what my body reacts to best to – diet and exercise.”

He has done so through a 7,000 calorie diet plan, coupled with an intense training schedule.

His six meals included a mixture of chicken, rice, vegetables, chocolate, granola, baked potatoes, coleslaw and a few snacks to keep him going through the tough plan. 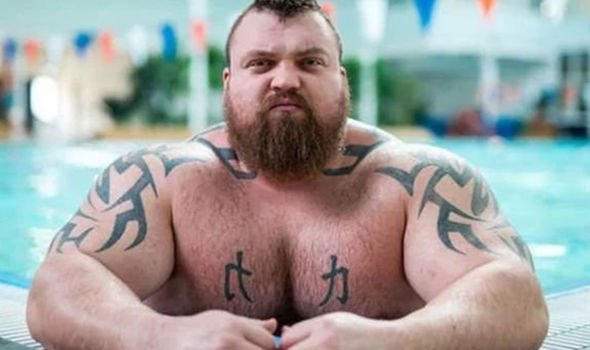 He said in September: “Because of my size and the intensity of my training programme, I have to eat a lot.

“It’s not only time consuming to eat so much, but it also takes a lot of forward planning, consistency, and effort.”

Eddie detailed how preparations for the Las Vegas bout later this year have also helped shed the pounds.

Along with gruelling daily cardio and high-intensity interval training (HIIT) sessions, he has devoted himself to learning the art of a new sport.

He added in the YouTube clip: “Boxing is a whole new ballgame for me and requires a different kind of fitness and endurance to strongman. 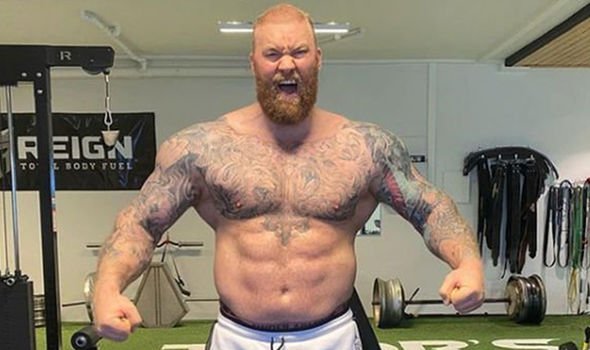 “My schedule is pretty hectic with fitting in hours of training, six meals a day, business meetings and family time.”

The clash with Hafthor, who played Ser Gregor ‘The Mountain’ Clegane in the hit HBO series, is scheduled for September.

The tension between the two goes back years, after the Icelander accused Eddie of “cheating” when he became the first Briton to lift the World’s Strongest Man title for more than 20 years.

After the lift, he challenged him to a boxing match.