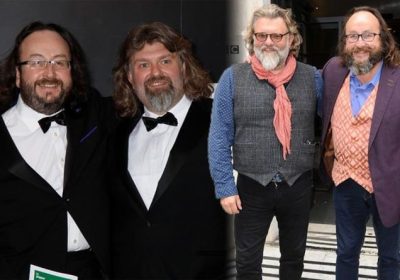 Dave Myers and Simon “Si” King, collectively known as the Hairy Bikers are British television presenters. TV fans may recognise the pair for fronting several BBC cooking shows, including The Hairy Bikers’ Cookbook, The Hairy Bikers Ride Again and so on. Recently, the duo have caught attention for something other than their cooking shows, after they lost a combined seven stone. So how did they do it?

Hairy Bikers weight loss: How Dave and Si lost seven stone after health scare – what diet did they use?

Simon and Dave managed to lose 3st 7lbs each after making changes to their diet and upping their fitness game.

“It’s never too late to do something about it, you just need very small incremental steps, such as walking 500 yards more every day,” Si explained.

“It’s not rocket science, it’s not about massive changes. With lots of small changes you develop momentum, you can see the difference.”

The pair used various spices in their dishes to make healthy meals tastier.

Speaking to Good To Know, Simon explained: “There are very few calories in spice. If you’re clever with herbs and spices you can make fantastic dishes which have less calories.”

While the men opted for healthier options, they insisted on not cutting out carbs, which many slimmers tend to ditch when trying to lose weight. 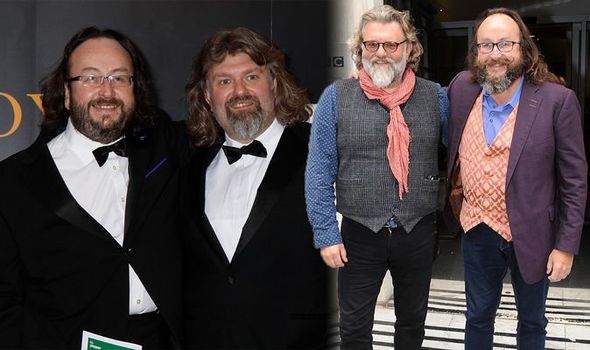 “You can have carbohydrates as long as you’re careful because your body needs it – carbs just shouldn’t be the biggest portion on your plate. It’s not rocket science, it’s just making sure that the food you eat is comforting, nutritious and is held back on the salts and sugars a bi,” Simon added.

The pair also used calorie counting to get in shape, with Simon saying: “That’s how Dave and I lost weight, we counted calories, simple as that.”

While it’s recommended that the average woman eats about 2000 calories per day to maintain, while men eat 2500 daily, slimmers need a calorie deficit to lose weight.

This is because excess energy is stored as fat in the body, therefore dieters need to burn more calories than they eat to shed the pounds.

Dave and Simon’s weight loss comes after a friend, who is also a doctor, told them: “Look lads, you are middle-aged and morbidly obese. You need to do something about it.” 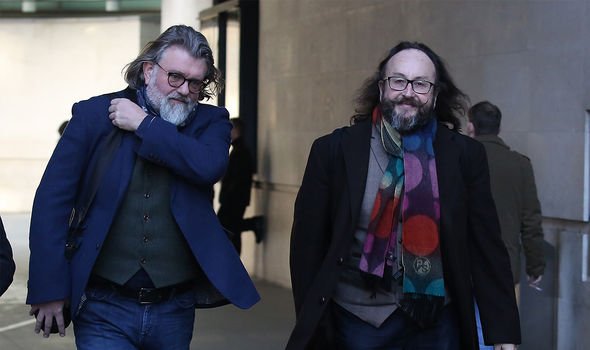 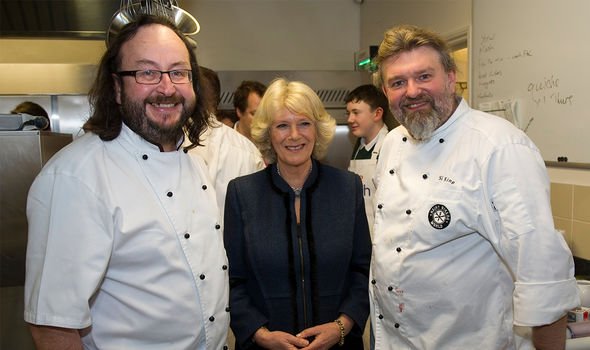 Speaking in a previous interview with the Express, Dave added: “I was something like 40 per cent fat, my blood sugar was borderline for Type 2 diabetes and my cholesterol and blood pressure were way too high.

“For me it was incremental. I probably put on a stone a decade which I think a lot of people do.”

Another TV star who has had an impressive transformation is Great British Bake Off host Paul Hollywood.

The 53-year-old managed to drop a stone by cutting one item from his diet.

Previously opening up about his weight loss, Paul explained the simple way he managed to shape up.

By ditching alcohol and swapping it for water, he noticed the weight start to fall off.

Speaking to The Sun, Paul said: “I don’t have to go out now, I just drink water all day. I promise. It’s helped shift a few pounds too.”