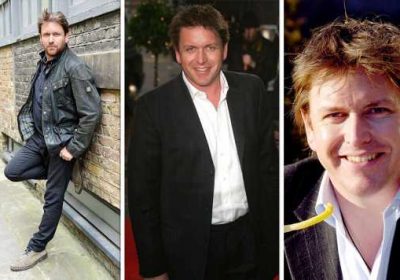 James Martin reveals he is opening a restaurant in India

James Martin rocketed to fame in the early 2000s when he first appeared on TV, but his appearance has changed since. In total, the chef lost a whopping five stone in just two months. He shared how he did it by focusing on his diet and exercise uptake.

James first lost weight more than a decade ago, but he has managed to maintain his ideal weight and figure by following a healthy diet and doing regular exercise.

He has revealed how he reduced his intake of some ingredients and avoided some foods altogether.

The chef still eats a balanced diet now to keep the weight off.

As for exercise, James often posts pictures of his dog on Instagram, sharing how he takes him for walks in the fields that surround his house.

But how did the TV chef lose weight in the first place?

James kick started his weight loss journey in 2005, when he competed on Strictly Come Dancing.

At the time, he unveiled he lost a stone in just a week due to the rigorous training regime.

But when he left the show after two months, James had reportedly lost a whopping five stone in total.

Although James could not sustain his arduous fitness regime, he did begin to follow a healthier diet when he left Strictly.

He reportedly cut back on fats and alcohol.

“I’ve really got to watch what I eat and drink, and make sure I exercise regularly.”

In 2018, James decided to do something about his weight again as the pounds had started to creep back.

His main motivator was seeing himself on TV and not liking the way he looked. But he also received cruel comments from social media trolls.

“I looked on social media and every comment was about me being fat,” he told The Sun.

Posting a photo of himself last week on social media, James received many comments from fans saying how great he looked.