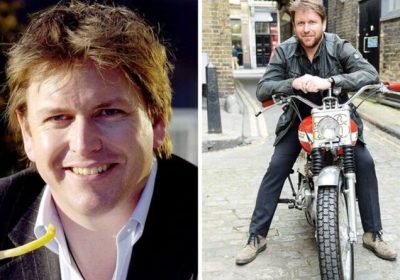 James Martin lost an incredible five stone when he competed on Strictly Come Dancing in 2005. He has maintained a slim figure with a few diet changes all slimmers can adopt.

One of the tactics James Martin used to slim down in recent years was cutting out fizzy drinks and upping his water intake.

“The way I lost weight is by cutting down soft drinks.

“I drink a lot of water, two litres every day,” he told Hello!

But how else did the celebrity chef shed the excess pounds?

He revealed: “I decided to examine my diet and I made a conscious decision to cook fresh food at home.

“I no longer stuff my face with really bad things such as takeaway pizza, Mars bars and fizzy soft drinks, which I used to have tons of during my working day, just like almost every other chef in the country.”

A hectic work schedule meant that despite his innate ability to make incredible food, he didn’t have time to prioritise healthy eating.

Rather than ordering takeaways with hidden salts, sugars, fats and preservatives, James stuck with fresh ingredients.

“Now I eat fish twice a week as well as loads of vegetables and fresh fruit.”

The chef fronted Seafish’s ‘2 a week’ campaign, which advocated that people eat seafood at least twice per week.

“Six ounces or 140g a week isn’t a massive amount.

The chef said: “I always eat two portions of seafood a week.

“I try to make at least one an oil-rich fish such as sardines or herring because they are rich in omega-3 which is so important for heart health.”

Oily fish is rich in protein, which is a fundamental food group for dieters to consume.

Protein helps build muscle, and on a high protein diet a person’s appetite can be satisfied on far fewer calories.

This is because protein takes longer to digest than carbohydrates.

He decided to slim down because he was conscious of how he appeared on television.

I don’t really watch the programmes that I do because you get critical of yourself. You kind of watch and go, ‘Oh God there’s a bit of a chin happening there’.”

For those wanting to lose weight too, James offered a top tip: “To say that good food is elitist is just tosh.

“You don’t have to be a Gordon Ramsay to cook yourself a healthy meal.” “What could be simpler than pan-frying a little bit of salmon and serving it with some great new potatoes and seasonal veg?” he told the Herald.