Jeremy Clarkson will host a celebrity special of Who Wants to Be a Millionaire, this evening.  Joined by sports presenter, Clare Balding, actor Stephen Mangan, and Coronation Street’s Catherine Tyldesley. Previously, Clarkson confessed to taking inspiration from a royal diet plan to shed two stone from his midriff – which royal inspired his weight loss?

Tonight, in a celebrity special of Who Wants to Be a Millionaire, three celebrities each sit in the hot-seat, hoping to win £1million for their chosen charities, and as usual, they will have four lifelines to help them along the way – Ask the Audience, 50:50, Phone a Friend and Ask the Host.

Clarkson has been showing off the results of his impressive two stone weight loss after “taking” dieting tips from, none other than the long-standing Monarch, Queen Elizabeth II.

In August this year, Clarkson joked about his new diet, admitting that he takes inspiration from the Monarch.

“No. No, that would be unseemly,” he said after the Sun asked whether he goes to the gym. 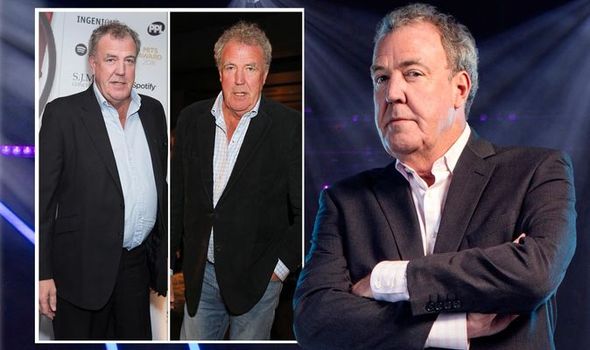 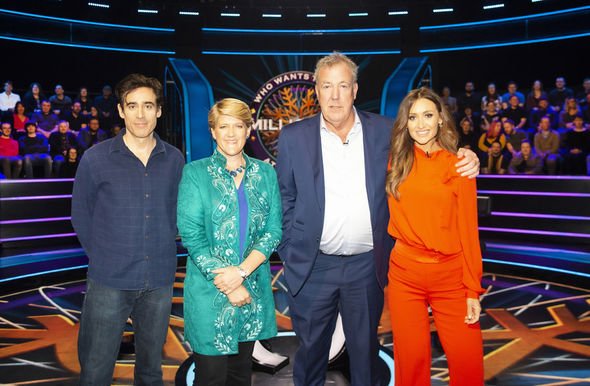 “The Queen doesn’t go to the gym and she doesn’t run and she’s 93 and she’s all right.

“She’ll sit down and just have one little bit of mousse and bit of a lettuce leaf.”

Clarkson has adopted a portion control diet plan inspired by the Queen’s own eating habits, however, Clarkson also admitted that he didn’t drop the weight until he took a “gap year” with his partner Lisa Hogan.

On Jonathan Ross, Jeremy revealed he lost weight by leaving the country.

He joked with the presenter: “I went on a gap year to Indochina. They just have a better diet out there.”

The car fanatic took up cycling during the trip, and wouldn’t relax and have a drink on the trip unless he had exercised first.

Jeremy revealed: “I had a bicycle rather than a car.

“Cycling is not a good thing to do, I’m all broken as a result of it but I did lose a lot of weight. 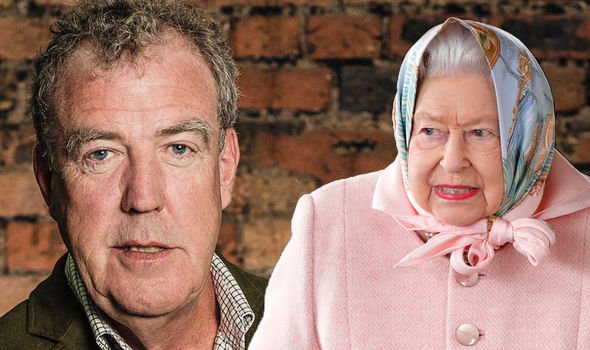 “Where I was staying was separated from the small town by a mountain but it was much bigger than Everest.

“It was only three kilometers and I cycled it every day, I said, ‘I can’t have a drink unless I cycle into town.’ I wanted to get fit.”

Recently, The Grand Tour presenter showed off his smaller waistline at a London Event, as he cuddled up to girlfriend Lisa, who the presenter has been dating since March 2017.

The star could be seen dressed in a navy blazer, that he’d matched with a blue chequered shirt and brown suede boots, while his other half went for a while t-shirt and jeans look.

The Grand Tour presenter isn’t the only British television star that has recently gone through a weight loss transformation. 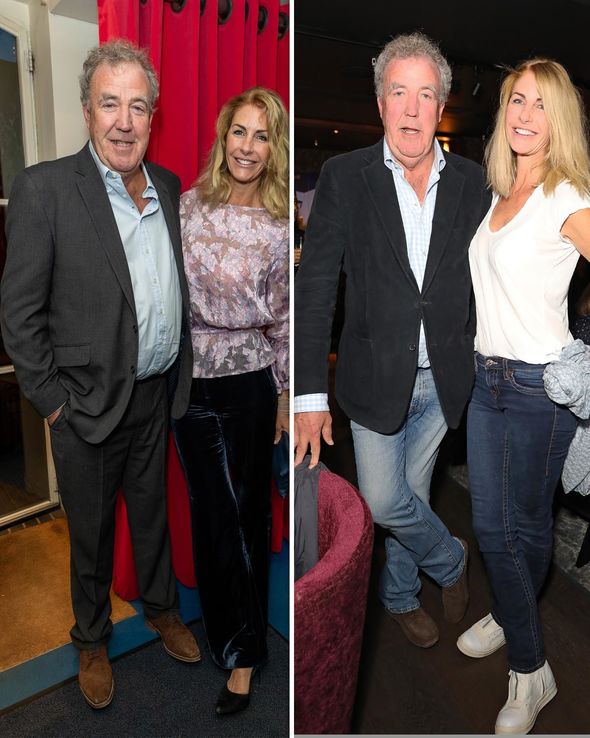 And in the programme Gordon Ramsey appeared to be in the best shape of his life.

Unsociable hours in the kitchen and spending a lot of time in hospitality, surrounded by food and alcoholic drinks, is bound to take a toll on Gordon’s midriff.

However, after drastically chasing his approach to meals, the chef was able to shed the weight.