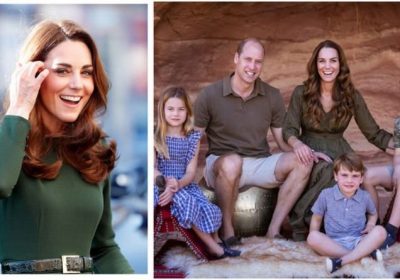 Kate Middleton has always set a good example when it comes to health and fitness. She took part in various sports at school and college, including hockey and tennis. Now as a mother, Kate reportedly invests in tennis lessons for Prince George, Princess Charlotte and Prince Louis. The Duchess of Cambridge also does not spend too much when it comes to food shops for her, Prince William and their children.

But how much does Kate spend on health and fitness?

Kate is known for her love of rowing.

Roberto Fiorito, co-host of the Royally Obsessed podcast, told Harper’s Bazaar the Duchess has a machine of her own at home.

Although it is not known exactly which kind she has, Kate would most probably invest in a good quality machine.

A good quality rowing machine retails for roughly £2,000 which would certainly keep the Duchess fit and healthy.

Kate and Prince William now have their own gym at their home in London, Kensington Palace.

However, they were previously members at Harbour Club in Chelsea back in 2014.

The Duke’s late mother Princess Diana was also a member there.

Kate was previously pictured having tennis lessons at the Hurlingham Club in Fulham, London.

Membership at the club is currently restricted, but it was previously reported an annual membership including access to the two pools, four studios, gym and tennis courts costs £960, along with a £2,880 joining fee.

Her training, ‘The Parker Practice’ offers a one to one programme including access to a dietitian and PT.

While it is unknown how long the Duchess worked with Louise for, the cost of a 12-week programme starts at £2,800.

“Kate is absolutely gorgeous and remarkably on the quiet side,” said Deborah.

“She’s so sweet though and she hasn’t got many spots.”

A monthly facial costs £67, according to Deborah.

Both the Duke and Duchess of Cambridge have spoken out about their healthy eating habits.

Speaking to Japanese chef Akira after they visited Japan House London, the Duke said: “Thank you very much, my wife and I love sushi.

“We might have to come down here for lunch when no one else is in.”

Vogue Australia estimated that the Cambridge family of five’s shopping bill racks up to an estimated £35,000 per year.