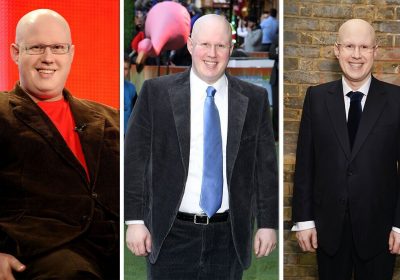 Matt Lucas is a TV presenter best known for co-hosting the Great British Bake Off. Before that, he appeared often alongside David Walliams – the duo were the writers and the actors behind Little Britain. In recent years, fans have been shocked to see Matt look so different in his TV appearances, mostly because of his weight.

Last year, Matt appeared on ITV’s Lorraine and spoke openly about his health.

Host Lorraine Kelly asked: “How on earth though, have you been in lockdown and working on Bake Off and you’ve lost tonnes of weight?”

Matt said: “I’ve lost some weight, I needed to take the edge off, because I put on a lot of weight in lockdown.”

Lorraine remarked: “Oh I have, I think lots of people have.”

Matt went on to say: “I just had to do something about it.”

“Yes, just not eat as much and move around a wee bit more, that’s kind of what you have to do,” Lorraine commented.

Lorraine responded: “No, but then you would look daft if you were, it wouldn’t be you.”

Matt credited exercise for his huge weight loss. In 2020, he explained he wanted to try and keep active over lockdown.

He said: “The one thing I need to do is get fitter, I have put on a little bit of weight, that’s my next challenge to do a bit more exercise.

“I might have to make a game of it when I go out and exercise to stay out of people’s way. I don’t have a garden so I have to find a way to do that.”

Living with a personal trainer was likely to help Matt slim down.

Sharing a video of the trainer on his Instagram last year, Matt said: “My housemate Jamie is a personal trainer extraordinaire.”

Chatting on Gabby Logan’s The Mid Point podcast, Matt explained what he continues to do to maintain his weight, saying: “I like to walk. I live not far from a canal and I love when the weather’s nice, going for long walks by the canal, either with a friend or on my own.”

Walking is a brilliant way to burn calories and can be just as good for an individual as running.

It is also easier to incorporate walking into one’s day as even walking to the bus stop, walking up a flight of stairs, and walking around the supermarket counts as exercise.

Fans of this years’ Great British Bake Off have noticed Matt’s weight loss, sharing their support on social media.

One person wrote: “I know it’s not the point of the show, but I’m watching #gbbo and just want to say that @RealMattLucas looks amazing.”

Another person added: “After an emotional day watching the Queen’s funeral I needed something more light hearted to watch so bring on @BritishBakeOff and I say it every year I bloody love @RealMattLucas.

“He’s looking amazing this season and I still hope he’ll let me take him for a pint some day lol.”