Lose up to a stone in 16 days with ‘magic’ diet 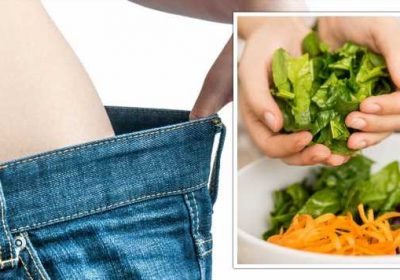 For those who have tried and failed with other weight loss methods, Petronella Ravenshear’s Human Being Diet might be worth a go. It comprises four phrases: preparation, reset, burn and forever.

On the official website, phase one is described as “preparation”, where dieters can eat only vegetables for two days.

Phase two is described as follows: “Reset. 14 days of eating three meals a day, combining equal weights of one type of protein and a mixture of vegetables and eating one apple a day.”

For those following phase one and two properly, Petronella previously told Express.co.uk that “losing anything between half a stone and a stone is normal.

“That 16 day period is where the magic begins. With a quick win like that it makes it easier to stay on plan for the long haul,” she added.

She continued: “The programme is a hit with menopausal and perimenopausal women who’ve ‘tried everything and nothing has worked’ for them.

“I get so many lovely messages from (mostly) women who tell me that HBD has changed their life.”

This is because it is oil, sugar and grain free, and slimmers have to be much more disciplined when it comes to their eating habits.

Processed foods are an absolute no-go. On her website she stated: “If you have to process it in any way to make it edible, leave it”.

This should be “viewed as sacrosanct”, as it sets the tone for the success of the programme.

Expect to be tee-total within these 16 days as well – according to the expert, this is key to the process.

But how can slimmers get through phases one and two without failing at the first hurdle and giving into cravings?

Petronella revealed that “drinking enough water is key”, as a lot of people will eat because they think they’re hungry but they’re actually thirsty.

Boredom eating is also a problem for many people struggling with the weight.

When you eat is as important as what you eat on the Human Being Diet.

She explained that the most important rule to follow is a minimum of five hours fasting in between each meal – consuming nothing except water.

This would mean eating within an hour of waking, having lunch at least five hours after breakfast and finishing eating before 9pm.

Petronella concluded: “And then, while we’re asleep, our bodies can get on with fat burning.”

Although the 16 days are tough, the Human Being Diet has proved to be popular with a particular demographic that struggles with body fat.

Phases one and two are followed by phase three – burn, which is 10 weeks of phase two, plus olive oil and a weekly treat meal.

Phase four is “forever”, and continues the general principles of the Human Being Diet with a few extra treat meals.