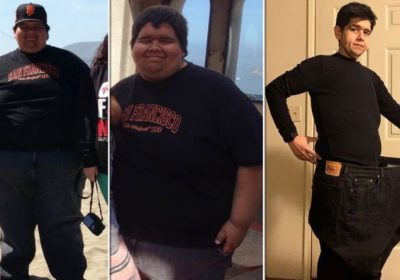 A man has revealed the weight loss diet plan he used to shed 21 stone. Posting his before and after images on sharing site Reddit, the man was understandably proud of what he had achieved.

The Reddit user revealed how his poor mental health has caused him to put on weight.

Now he weighs a much healthier 14.2 stone.

The man posed wearing his old trousers, holding out the waistband to demonstrate the transformation. 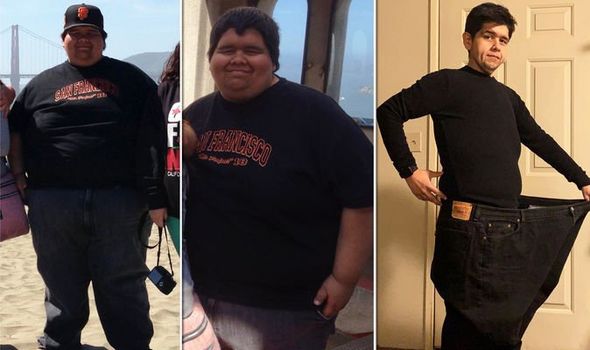 The dieter wrote: “The 2010s weren’t kind to me and I dealt with depression and anxiety a lot.

“I used food cope with everything. I’ve always been big, at my heaviest I got to 500lbs.”

However, four years ago the man decided to put his mind to shedding the weight.

“I started my journey in July 2016, started slow by just giving up soda, then junk food and smaller portions after that.

“Eventually started working out at home, lost around 175lbs in the first year but had a couple ups and downs years after that.

“This past year after gaining back about 35lbs over a tough 2018 Holiday I got back to work.

“Started this year 290ish lbs, I felt those 35lbs I put back on and didn’t like it at all.

“Motivated me to push my self again, finally got the courage to join and workout at the gym, fell in love with running.

“Recently got under for 200lbs for the first time, it was my original goal and seeing the scale hit 199.6 was a great feeling, it’s a number I don’t remember ever seeing, even as a kid.” 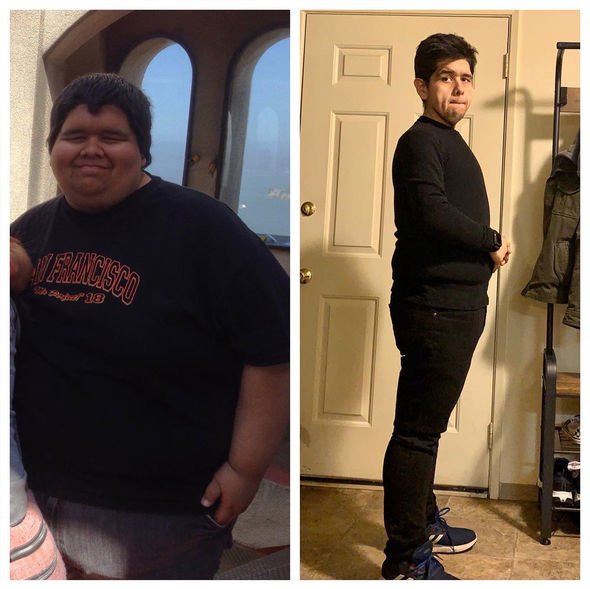 He said: ““[After] I had graduated and had a full-time job, I ‘said’ enough is enough and tried to refine some of my bad habits. I cut out major diet offenders. No more late-night pizza orders,”(sic) he revealed.

“No more soda or energy drinks. Yes I’d still frequently eat junk food for dinner and didn’t track my calories, but I forced myself to at least eat a healthier lunch,” he added.

After adopting a new lifestyle, the user confessed that he lost 20 pounds.

“All these new habits took me a long way. I lost quite a bit of weight (at least 20lbs). I was feeling good about it.” 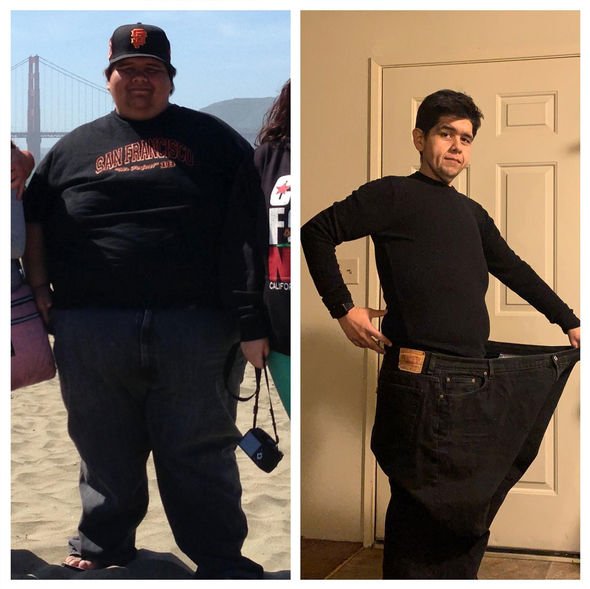 James Cordon appeared in the Gavin and Stacey Christmas special this year.

It prompted many to speculate over his weight loss.

How did James Cordon lose weight?

He has lost an amazing five stone. So how did he achieve it? James cut snacks and carbohydrates from his diet.