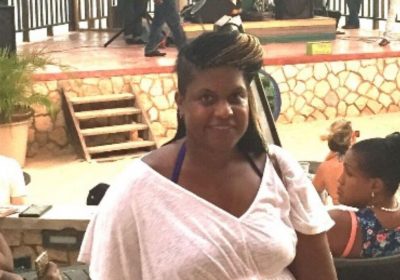 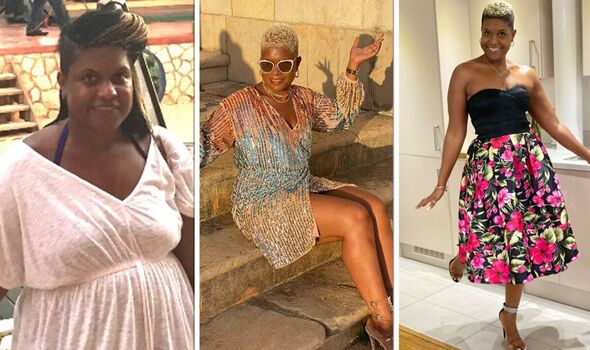 Deborah, 49, weighed 20 stone at her heaviest but managed to lose eight stone in just seven months and after her success, she decided to become a consultant to help those going through similar journeys. The slimmer followed the 1:1 Diet by Cambridge Weight Plan and has changed the lives of many people since.

The Surrey-based mum-of-five tried this same diet plan before her wedding in 2013 after being unable to find a dress to fit.

After only three months of being on plan, Deborah lost three-and-a-half stone but she soon discovered she was pregnant and paused the diet.

Unfortunately, a traumatic time followed as three months into her pregnancy, she developed a blood clot in her lung and was severely ill.

At seven months pregnant, another blood clot in her lung forced Deborah into premature labour and she was placed in intensive care where she gained eight stone.

Being stuck in a hospital bed and unable to move, food provided comfort for her but when she was finally discharged, Deborah was at an all-time low.

Soon after that, she returned to the 1:1 Diet, which had worked for her before. She explained: “I weighed in 20 stone and eight pounds. I was set on sticking to the plan.

“ICU had scared me and I was determined I didn’t want to end up back there. I started off doing a combination of meal replacements and 200-calorie meals that I would prepare myself.

“Quite quickly after starting on plan, I began feeling myself coming back. Having people around me who had done it and people who were in the same position as me really helped.”

Deborah felt so much happier with her new lifestyle: “The more weight I lost, the more I wanted to encourage people to do the same. Eight months later, I had lost eight stone.

“I felt my confidence growing and began to start shopping on the high street and wearing colours I never had the confidence to wear before, but the ultimate reward was being able to fit my wedding ring back on!”

The dieter decided that she wanted to help other people accomplish the same: “I had been a commercial underwriter for 25 years. Having changed my life I started to think there must be other people like me who needed the same one-to-one support I received.

“I qualified as a consultant in September 2018 […] and I absolutely loved the work. I really felt like I was making a real difference.

“As a consultant, you don’t just turn up to work because you have to… it was completely different from what I had previously known. It was a happy place for both my dieters and me – I love helping other people.”

The 1:1 Diet by Cambridge Weight Plan allows people to choose a personal diet consultant who helps them create a plan and provides them with the products they need.

“All calorie-controlled, all crammed with the nutrients you need and all full of flavour,” 1:1 Diet explained.

Unlike other diets, the 1:1 Diet is “unique in providing one-to-one consultant-led support” as the consultant will inspire and support the dieter throughout their entire journey.

“So stick to your plan, enjoy your tasty meal replacements, and you’ll soon start to see the difference,” they recommended.

Prices vary but on average, people pay around £2.78 for a meal and some may even find themselves spending less than their average shop.

“There’s no subscription, you simply buy your tasty meal replacement products direct from your consultant.”