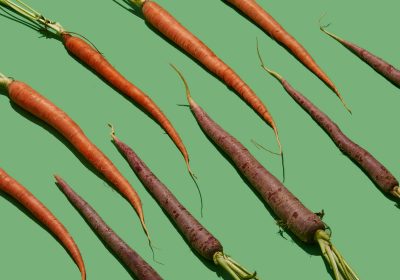 Though they’re not without critics, the U.S. federal dietary guidelines have for years aimed to give all Americans a blueprint for good nutrition.

But new research says this kind of one-size-fits-all approach may not cut it. Different people, even identical twins (who have nearly the exact same DNA), may respond to the same foods very differently, the researchers found—complicating decades of weight-loss and health advice, and potentially leaving consumers with more questions than answers.

“Our recommendations, medically and public-health wise, have just been assuming that if people follow the standard plan, they’ll lose weight” and develop fewer chronic diseases, says study co-investigator Tim Spector, a professor of genetic epidemiology at King’s College London. “Really, that thinking has now been exposed as completely flawed.”

The study’s results were presented Monday at the American Society of Nutrition conference, and have not yet been published in a peer-reviewed journal. Researchers tracked about 1,100 U.S. and U.K. adults, including 240 pairs of twins, for two weeks. They monitored participants’ blood sugar, insulin and fat levels after they ate pre-formulated meals like muffins and glucose drinks; tested the microbes living in their guts; and tracked their sleep and exercise.

Foods that spiked one person’s blood sugar or kept their fat levels elevated for hours didn’t necessarily do the same for the person dining next to them—even if they were twins. Individuals even had different responses to the same meals when they were eaten at different times of day. These results suggest that nutrition facts alone cannot predict how a certain food will affect health and weight, Spector says.

“It doesn’t mean you throw [all nutrition advice] out,” Spector says. “There are some guidelines and recommendations around the world that near-everybody agrees on,” including eating plenty of produce and fiber, and cutting back on calories and ultra-processed foods. But plenty of lingering nutrition questions—Is it okay to skip breakfast? Does fasting work? Is a low-carb or low-fat diet better for weight loss?—may not have one single answer, Spector says.

That’s not a terribly surprising finding, especially for anyone whose scale has refused to budge even after careful dieting. That frustrating phenomenon is, in part, why Spector founded ZOE, a company developing a personalized consumer nutrition test. (ZOE also funded the new study.) Spector says he can envision a world where a dieter could search for a food in a personalized database, and immediately get insights into how it would affect their health.

But Deborah Good, an associate professor of human nutrition, foods, and exercise at Virginia Tech, says we’re not there yet.

While genetic links to certain diet-related conditions, like lactose intolerance and celiac disease, are firmly established, Good says the scientific community doesn’t fully understand the complicated matrix of genes, environment and biomarkers that influences an individual’s reactions to a wide range of foods.

“We don’t know enough about all the different things that contribute to it,” she says. “Some time in our lifetime we may be able to, at least genetically, be given a set of information at the beginning of our lives [about our health needs]. But we’re not there yet, and I don’t know how long it would take.”

Even some research about gene-specific dieting has been disappointing. A major 2018 study, for example, found that just as many people succeed (or fail) to lose weight on low-carb versus low-fat diets, with no clear reason why. The genetic markers researchers thought would correlate with success on one plan or the other turned out not to, pushing off the prospect of gene-based diets.

Rather than genetics, Spector says the secret to personalized dieting may rely on the microbiome, or the colony of microbes living in your gut. There’s still a lot scientists don’t understand about the microbiome, but buzzy studies suggest it affects many aspects of human health. The latest study presented at the American Society of Nutrition conference revealed that even identical twins only had about 37% overlap in gut microbes—compared to 35% for unrelated individuals—which may explain why they respond to foods differently, Spector says. In light of those differences, Spector says tailoring food choices around the microbiome, not just the genome, may unlock the full potential of personalized eating.

Scientists still don’t know enough about gut bacteria or diet-gene interactions to offer the type of personalized advice that would actually be helpful for dieters. For now, Spector says, all people can do is follow nutrition suggestions that do appear to be universal, like eating a diverse array of plants and cutting back on processed food, and take blanket nutrition guidelines with a grain of salt.