Royal diet: The ‘sensible’ healthy habit the Queen follows to be longest-lived monarch 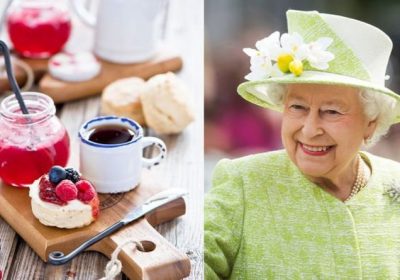 Queen Elizabeth II is the longest-lived monarch in the history of the United Kingdom. But how can one achieve her enviable longevity? The monarch is known to follow a simple and healthy diet as well as some “sensible” lifestyle habits.

In the book ‘Long Live the Queen: 23 Rules for Living as Britain’s Longest-Living Reigning Monarch’, expert Bryan Kozlowski explained there are some habits that have contributed to the monarch ageing so well.

The author explained the Queen’s secret to stay fit and healthy at 95 is her determination to remain active.

However, Queen Elizabeth II is a fan of “sensible exercise”.

The Queen decided to continue practising some of her favourite hobbies such as horse riding and brisk walks with her corgis.

“Studies say that the type of exercises that you manage to maintain are those that give you pleasure,” explained Kozlowski.

But what about her diet?

The author explained the Queen prefers simple and healthy meals.

However, the monarch likes a treat every now and then, which the expert recommended adding to any meal plan.

The Queen loves a small portion of cake with the afternoon tea, as well as sandwiches and scones.

The monarch, however, is not a foodie as the royal former chef, Darren McGrady, revealed.

“The Queen never was a foodie.

“She always ate to live rather than live to eat.

“Prince Philip was the foodie.

“He’d want to try any new dishes all the time and got excited about new ingredients whereas the Queen, if we had a new recipe, she’d have to look at the whole recipe before saying, ‘Yes ok let’s try it.’ But for the most part she stuck to the same dishes week in week out.”

However, he revealed the Queen “is absolutely a chocoholic.”

“Anything we put on the menu that had chocolate on, she would choose, especially chocolate perfection pie.”

According to former royal servant Charles Oliver, the Queen and the late Prince Phillip hated oysters.

He also explained “the Queen often drinks a glass of red or white wine with her meals as well as orange juice.”

“His Royal Highness prefers gin and tonic or lager to champagne before meals or during the day.”