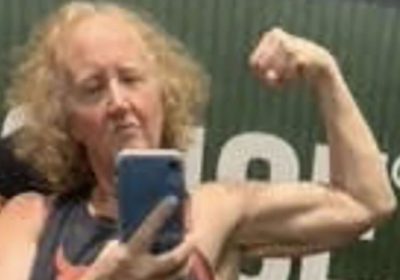 After going through some big life changes, nurse Rachel Silber regained all the weight she had lost and found now she was older she couldn’t lose it again as easily. That was until she found a method that worked for her and now aged 53, she dropped five stone (70lb) nearly a year after undergoing a series of surgeries.

Rachel was a former marathon runner and fitness enthusiast but had been told that she had burnt herself out and should stop all forms of exercise.

She said: “Before my surgery, I was running marathons and doing weight lifting, then it all came out from underneath me.

“Doctors told me that I must be getting older and tired from raising kids. But I could barely get out of bed.”

A self-confessed foodie, Rachel admitted she used to “constantly think about food”, too.

“Don’t get between me and a plate of food, I used to live my life where I was constantly thinking about food,” she admitted.

“I’m already thinking about what I’m eating for breakfast tomorrow! I still love food but it’s not that constant.”

With her love for food and being out of action, Rachel noticed the weight was creeping back on and she couldn’t shift it like she had been able to through a traditional diet and exercise regime.

She admitted: “The weight just wasn’t coming off anywhere near as it had been and although I lost 20lb over approximately eight months, it was just so slow.”

Almost giving up hope, she saw a Lumen advert on YouTube and decided to give it a go.

Rachel found it was less expensive than a personal trainer and now she is reaping the rewards.

Within the first two weeks of using Lumen she lost a whopping 6lb without counting calories and her diet was jam-packed with healthy fats.

She explained: “I was pleasantly surprised by how much I could eat with Lumen, particularly how much fat!

“I grew up in the low-fat, no-fat dieting world and thought that fat was the enemy.

“This time it was something that kept me feeling full whilst also fuelling my workouts. I felt incredibly energised!”

Rachel added: “I was eating the same amount of calories that I was before but the macros were so different.

“Suddenly I could sleep better, I felt healthier and not feel the ravenous cravings I used to always have!”

With her weight under control, Rachel trained for her first half marathon in 12 years and ran her first full marathon this month with another planned in November.

The nurse isn’t dependent on diabetes medication anymore and no longer suffers from acid reflux and high blood pressure.

Rachel said: “I still use Lumen very frequently and do my morning, before and after meals and workouts.

“I’ve made so much progress from Lumen’s advice and paying attention to what my body needs.”