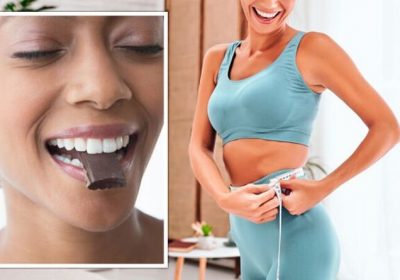 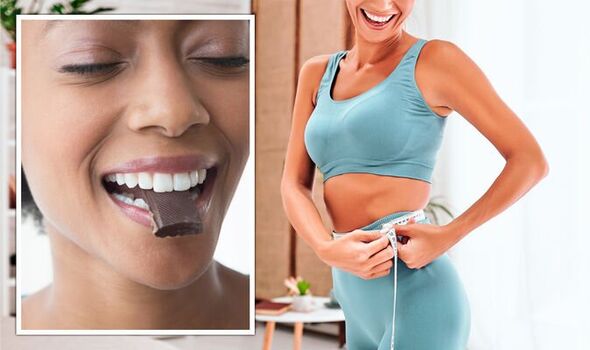 Carly Rowena is a fitness, diets, and self-love guru with over half a million followers and subscribers. She posts workout ideas and recipe inspiration on her Instagram @carlyrowena, and YouTube account.

Although it sounds counterproductive, focusing on adding foods into your diet rather than removing foods could be the key to sustainable weight loss.

Carly told Express.co.uk: “When people talk about dieting they say things like, ‘I’m going to remove chocolate, sugar, all these things’.”

However, Carly suggests adding in a new healthy snack recipe to replace those go-to sugary snacks.

“It’s about adding something in so you stop thinking about the things that might go away.

“Say you love your chocolate. I’m not telling you to stop chocolate.

“I’m telling you to find some other snacks that might feel you up a bit better, say peanut butter.

“It could be a homemade flapjack recipe or a smoothie. Add that in.”

Carly explained the psychology of why this works.

She said: “Generally people tend to find that they are so focused on adding these new things in the chocolate might not get thought about until the following day.

“Or they might think about it, but they’re actually satisfied because they’re nourished and not craving sugar.

“They don’t feel that they need to just binge on something.”

Carly suggested her clients take the same approach with wine.

She said: “It’s the same with alcohol and drinking. Most of my clients still love a drink in the evening.

“I say, a drink can be your dessert. That’s absolutely fine. Don’t have a dessert, have your wine instead.

“Or, there’s nothing wrong with having a hot chocolate for a pudding.”

Carly has a number of weight loss snack tips for handling sweet cravings.

She previously told Express.co.uk: “Think about the things that you love.

“If you really want to have like a brownie think, ‘Okay, how could I have a brownie in a healthier way that’d be like?

“Maybe I can have a hot chocolate, which is going to feed that chocolate craving.’

She said: “If you’re craving something like a Snickers bar, you can have mature dates and peanut butter.”