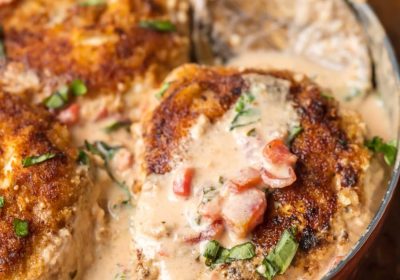 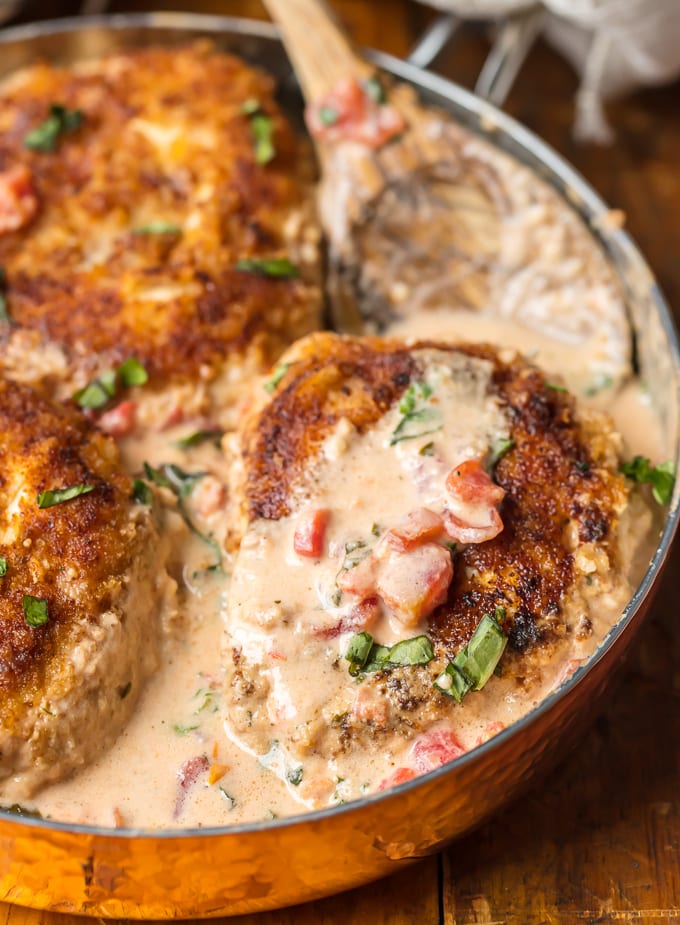 Some people learn to cook when they’re young, but others don’t come to it until later in life. Learning to cook as an adult can be difficult, because a lot of cooking comes down to instinct, or rather the kind of perception that develops slowly over time with lots of practice: Is this done? Do I flip it now? Is the pan the right temperature?

Skillet recipes like this basil cream chicken are a very good way to start, because they’re relatively easy to pull off, and they help train your eyes, nose, and ears to know when things are going well (and when you need to intervene).

The author calls this a real confidence-builder of a recipe, because it’s so quick and easy to follow that anyone can pull it off easily and say, “Hey, look, I can cook!” Just follow the instructions and trust that it will come out well in the end.

Start by putting the chicken breast in a shallow dish and covering it with buttermilk, then dip the chicken in breadcrumbs on both sides and put the breaded chicken in a deep skillet with hot butter and oil and let cook for about five minutes, until the bottom is golden-brown and crispy. Then add a bit more butter and flip the chicken to cook the other side. Once the chicken is golden-brown and crispy, set aside and pour some chicken broth and sherry into the pan, and scrape up any browned bits stuck to the bottom of the pan.

This already feels like an advanced recipe for a new cook — you’ve dredged chicken breasts and deglazed a pan! And in a minute you’ll reduce a sauce, too. But once you’ve tried them once, these things seem much easier and not nearly as intimidating.

Next add heavy cream, pimentos, and diced tomatoes to the pan and bring it to a boil for a minute. Then lower the heat and add Parmesan cheese, a garlic and herb cheese, some fresh basil, and black pepper; stir it well; and let it simmer until it’s reduced by about half. Then return the breaded chicken to the pan of sauce and cook until the chicken is heated through, and it’s ready to serve with a side of rice and pasta.

Get the recipe: Skillet Basil Cream Chicken from The Cookie Rookie 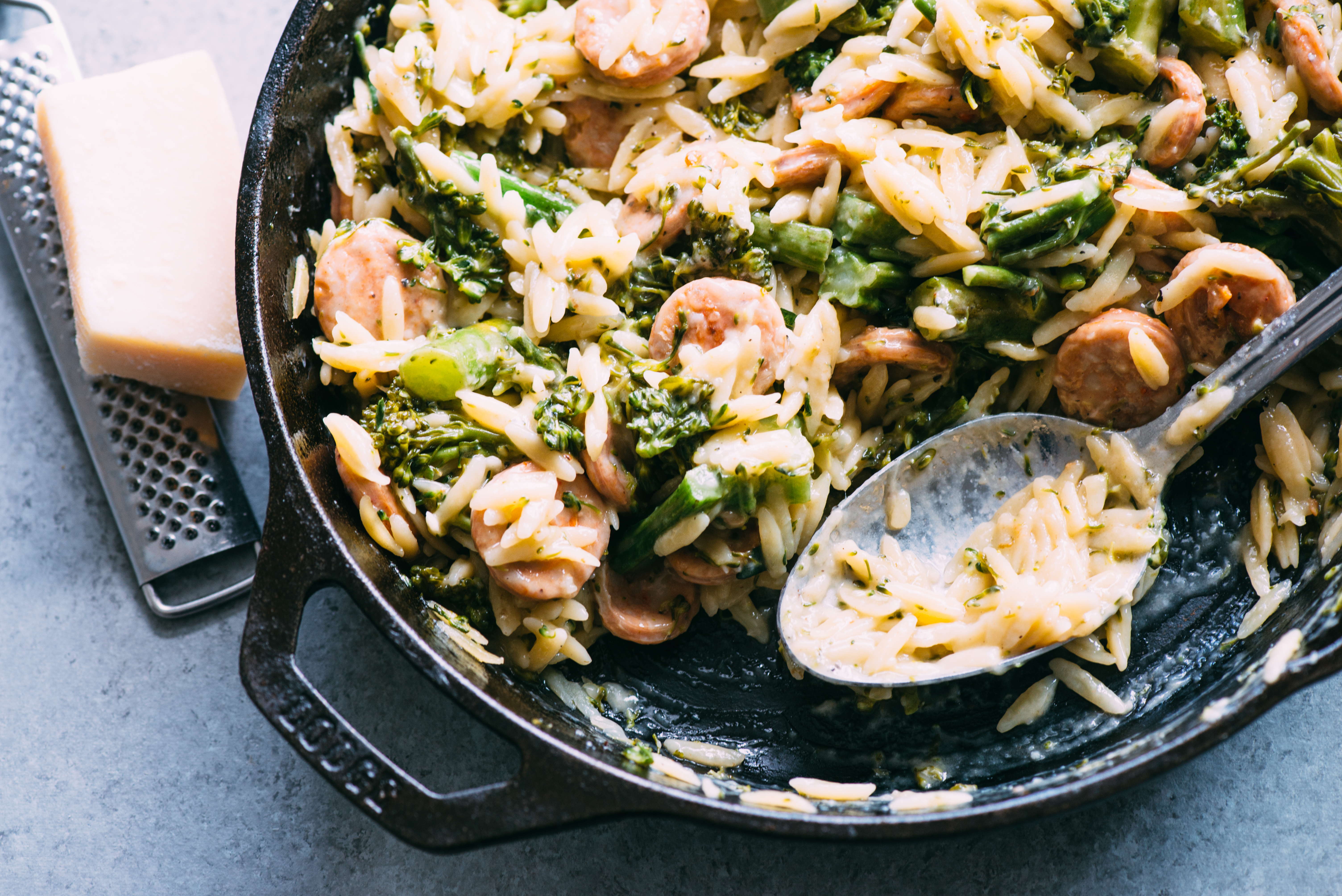