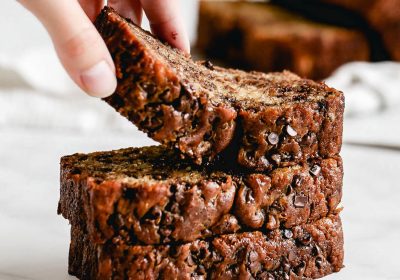 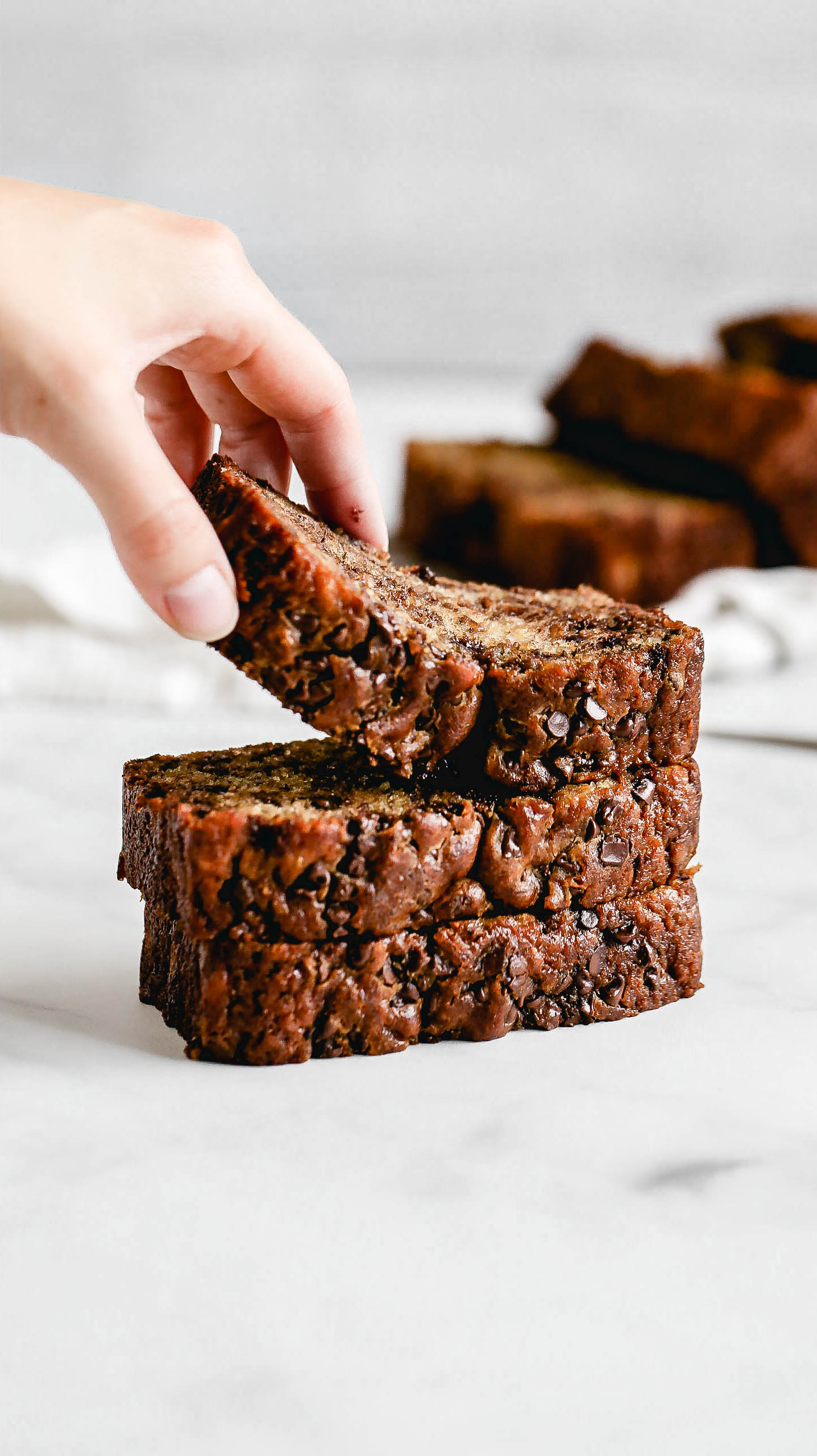 Since discovering that mushy, overripe brown bananas could be frozen and saved for banana bread, my mother has been completely incapable of throwing away a banana. She always has bananas in her freezer, which means she can always bake banana bread at a moment’s notice. That’s a useful power now that she’s a grandmother, because as far as small children are concerned, banana bread is basically cake. That’s especially true with this recipe, which is so full of gooey, melted chocolate chips that a person would have a hard time deciding if this is a banana bread with chocolate chips, or a chocolate cake with bananas in it.

This could well be the most indulgent banana bread you’ve ever tried. In addition to being positively loaded with chocolate, it also has an extremely moist texture that the author says actually tastes creamy when you eat it. Banana bread isn’t normally “creamy,” but this one gets its softness from two rather unexpected tricks. First, the author says to use melted butter instead of cold or room-temperature butter, because the melted butter really soaks into all the flour and gives it that remarkable consistency.

The second secret ingredient is Greek yogurt, which adds even more moisture and a lot of creaminess, but has enough structure that the resulting banana bread still has the shape of bread without falling apart like a wet pancake.

To make this banana bread, start by combining melted butter with brown and white sugar until thoroughly combined, then mix in mashed bananas. Follow that with two eggs, some Greek yogurt, and a bit of vanilla extract. Then fold in flour, baking soda, and salt, and finish the batter by folding in some mini chocolate chips. At this point all you have to do is pour the batter into a cake pan, but if you really want to go nuts with the chocolate, you could sprinkle extra mini-chocolate chips over the top of the batter, so you’ll have chocolate on top of the banana bread as well as inside it. Then just bake it until a toothpick inserted in the center comes out mostly clean. As tempting as it might be to slice into it while the chocolate chips are fully melted, it’s best to let the banana bread cool completely before cutting into it. Don’t worry, it will still be moist and soft when you do.

Get the Recipe: Chocolate Chip Banana Bread from Butternut Bakery 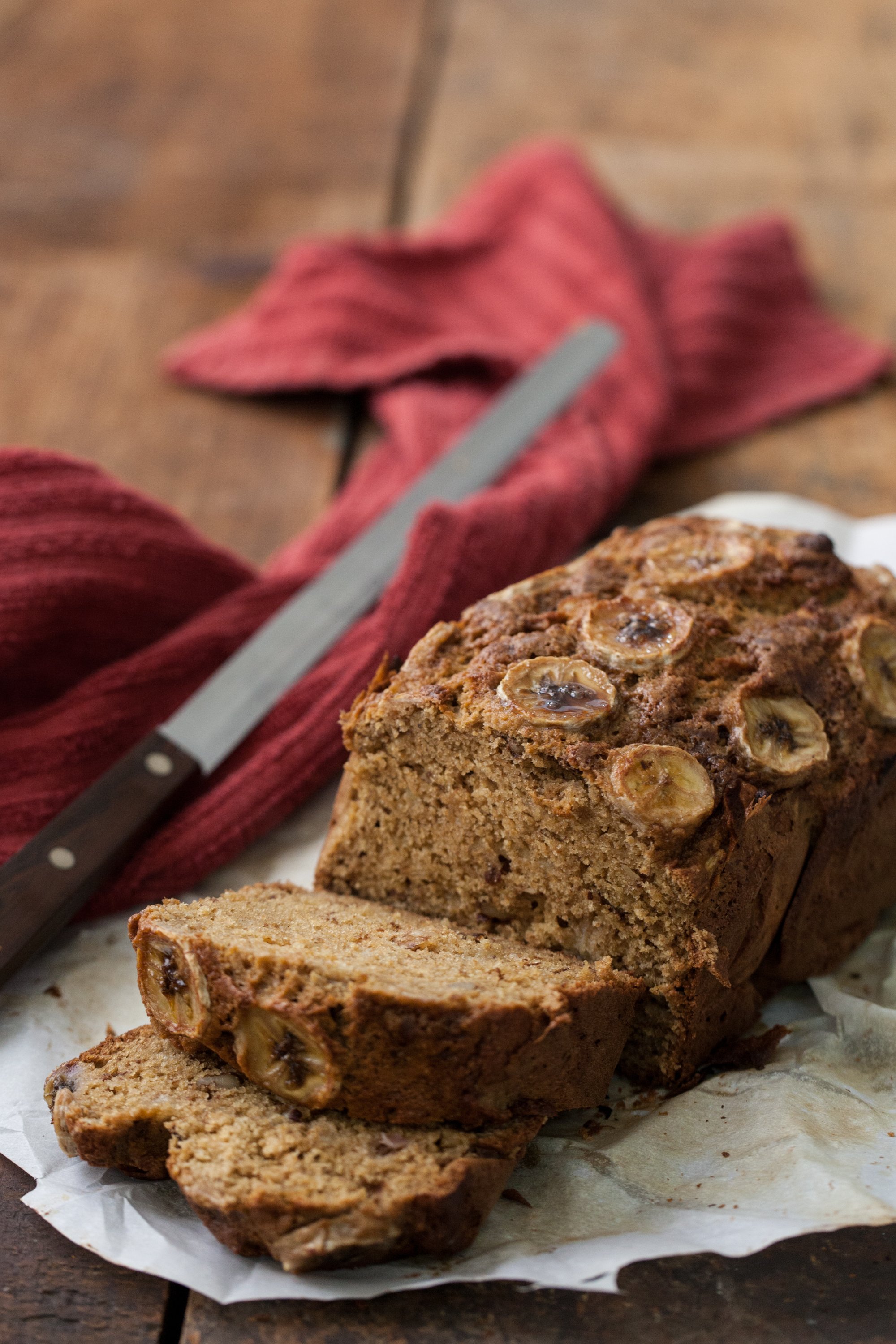