Home » How-To » Holidays & Entertaining » From Babka to Stollen: Your Guide to Holiday Cakes and Breads

From Babka to Stollen: Your Guide to Holiday Cakes and Breads 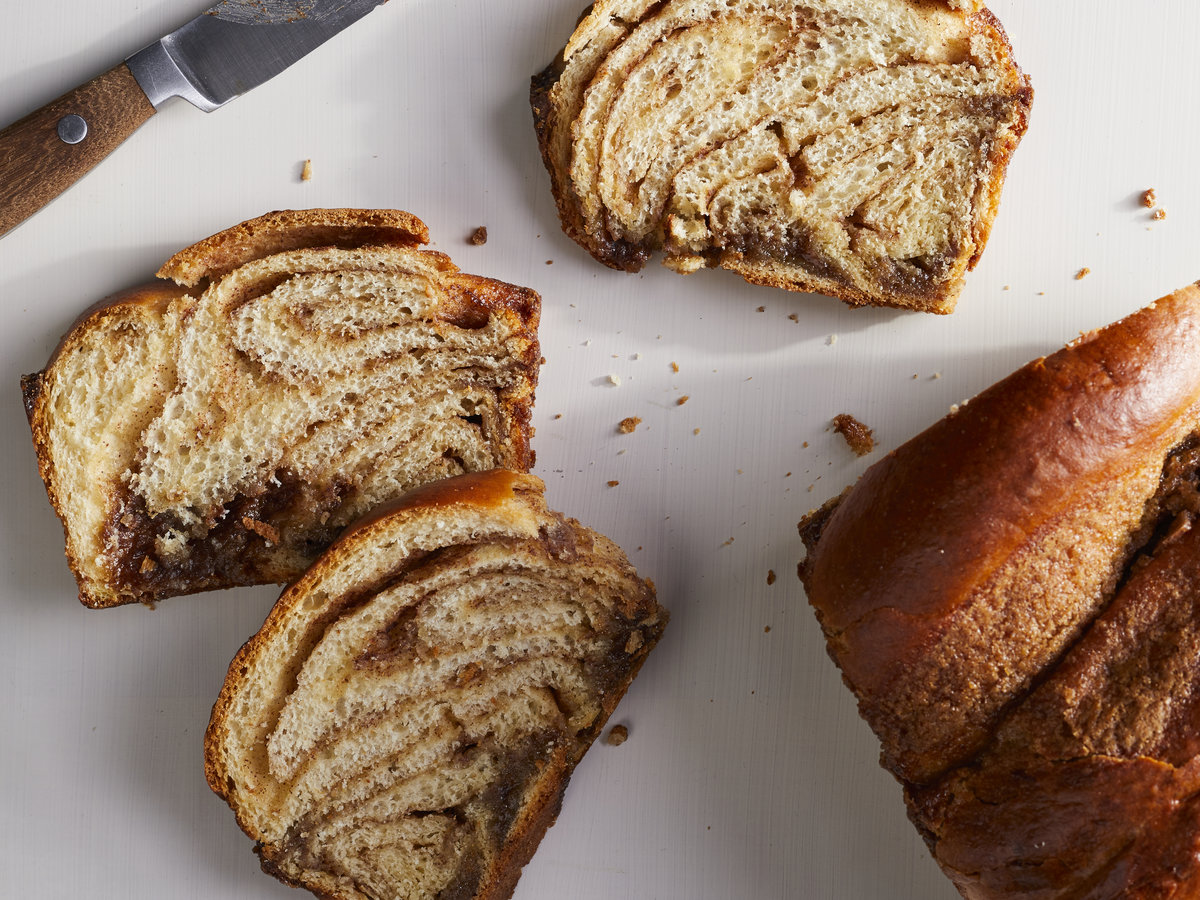 Let’s be real—one of the best parts of the holiday season is the sheer amount of desserts and goodies that only come around this time of year. While you may be familiar with some of the more widely known seasonal favorites like American fruitcake or panettone, others may leave you stumped. Here’s a breakdown of all of those less familiar fruitcakes and sweets that seem to magically appear (and then disappear) from the shelves—plus recipes, if you’re looking to recreate them at home this holiday season.

Babka
This sweet yeast bread is eaten during Hanukkah, and while the original recipe was created in Poland or Ukraine from leftover challah bread dough with raisins, almonds, and orange peel, you’re more likely to see chocolate and cinnamon versions at your supermarket or bakery. While they’re traditionally made with oil instead of butter to keep it pareve (a Jewish term that describes food without animal or dairy ingredients), it’s more common to find butter-packed versions this time of year. Want to try your hand at home? Try this Classic Cinnamon Swirl Babka—and then make French toast with the leftovers.

Bolo Rei
Also known as Christmas King Cake, this Portuguese cake was traditionally eaten on King’s Day on Jan. 6, but can be found throughout the holiday season. Similar to King Cake that’s served during Mardi Gras, this ring-shaped treat is rich and eggy, and studded with candied fruit and nuts. The lore behind it is similar as well: It’s stuffed with a small gift, like a coin, and a dry bean. Whoever finds the bean has to pay for next year’s cake, while the person who finds the gift gets to keep it.

Bûche de Noël
This French Christmas rolled cake is decorated to look like a Yule log—often with meringue “mushrooms” and a pistachio nut “moss.” The history of the Yule log—the decorated logs that people burned to celebrate the winter solstice—dates back to Europe’s Iron Age (we’re talking pre-medieval). But, historians think the decorated cake may have come around in the 1600s, with Parisian bakers really taking it mainstream in the 1800s. Our classic Bûche de Noël is a simple yellow cake with a rich chocolate buttercream frosting in the shape of the traditional Yule log, however if you’re looking to mix it up, try the Saguaro Cactus Bûche de Noël for a fun twist.

Cozonac
Lightly sweet and very similar in taste and texture to Italian panettone or brioche, Cozonac is a Romanian sweet, yeasted bread (though it’s also eaten in Bulgaria with the name kozunak). It’s filled with nuts and dried fruits like raisins and is eaten during Easter and Christmas. You’ll usually find it in loaves with chocolate, walnut, and rum swirls in the center.

Figgy Pudding
This British Christmas classic isn’t a “pudding” in the traditional American sense, and the original didn’t even have figs in it. Everything is a lie! Originally, this dish was full of Christian symbolism: Its 13 ingredients represented the 12 apostles and Christ, and it was decorated with holly to represent a crown of thorns. Its modern incarnation is a steamed cake that’s more soufflé-like in texture, and full of dried fruits, like figs. This Brown Butter Figgy Pudding gets a delicate toasty, nutty flavor from the brown butter (and a punch from the brandy).

Julekake
Fragrant and lightly spiced, Julekake is a Norwegian Christmas bread. While they’re traditionally filled with cardamom, candied citron, and raisins, you’re just as likely to find loaves with all kinds of candied fruits. This yeasted bread isn’t as sweet and “dessert”-like as the others on this list—you can enjoy slices of it for breakfast lightly toasted with some butter, fruit preserves, or jam.

Panettone
This Milanese yeasted bread is a holiday favorite, but it’s a long, tedious process to make a version of it that’s true to its roots. It needs to rise and cure multiple times over several days, similar to homemade sourdough bread. If you’re not up for the baking project, panettone is typically available at your supermarket, chock-full of citrus, candied fruits, or chocolate chips. It was invented in the early 20th century, and has since become a staple holiday treat. Not sure how to use it up? Check out these ideas on how to turn it into Christmas morning breakfast, or twists on holiday desserts.

Panforte
Another Italian favorite, this chewy Tuscan fruitcake is typically enjoyed with coffee or wine after dinner, and falls somewhere between candy and cake in taste and flavor. Dense and packed into thick disks, these peppery, spicy cakes are full of dried fruits and nuts, like almonds. Chocolate varieties are also becoming common, and they’re easy to make at home. Sugar is the main ingredient that holds the whole cake together. While this particular version uses almonds, hazelnuts, and a wide assortment of dried fruits like prunes, figs, and apricots, feel free to use whatever you have on hand.

Stollen
This dense, buttery, German fruitcake is packed with brandy-soaked fruit, like raisins and citrus peel, and may even include marzipan and nuts. Its origin is speculated to be in 15th century Dresden, Germany for enjoying during Advent. This shortcut version uses dried cherries, warm, fragrant nutmeg, and a hit of brandy. You can make it weeks in advance, which allows the flavor to mellow and the cake to soften, making this an easy cake to gift to others during the holiday season.

Sufganiyot
A traditional Hanukkah sweet, these jelly and jam-filled yeasted doughnuts are an Israeli favorite, and have special significance for the holiday. They’re fried to symbolize the oil that lasted for eight days instead of one. You can find them with a variety of fillings—if you’re looking to try your own, these Cinnamon-Apple Sufganiyot and Marionberry Jam Doughnuts are great ones to start with (but you can fill them with any of your favorite jam).

This story originally appeared on MyRecipes.