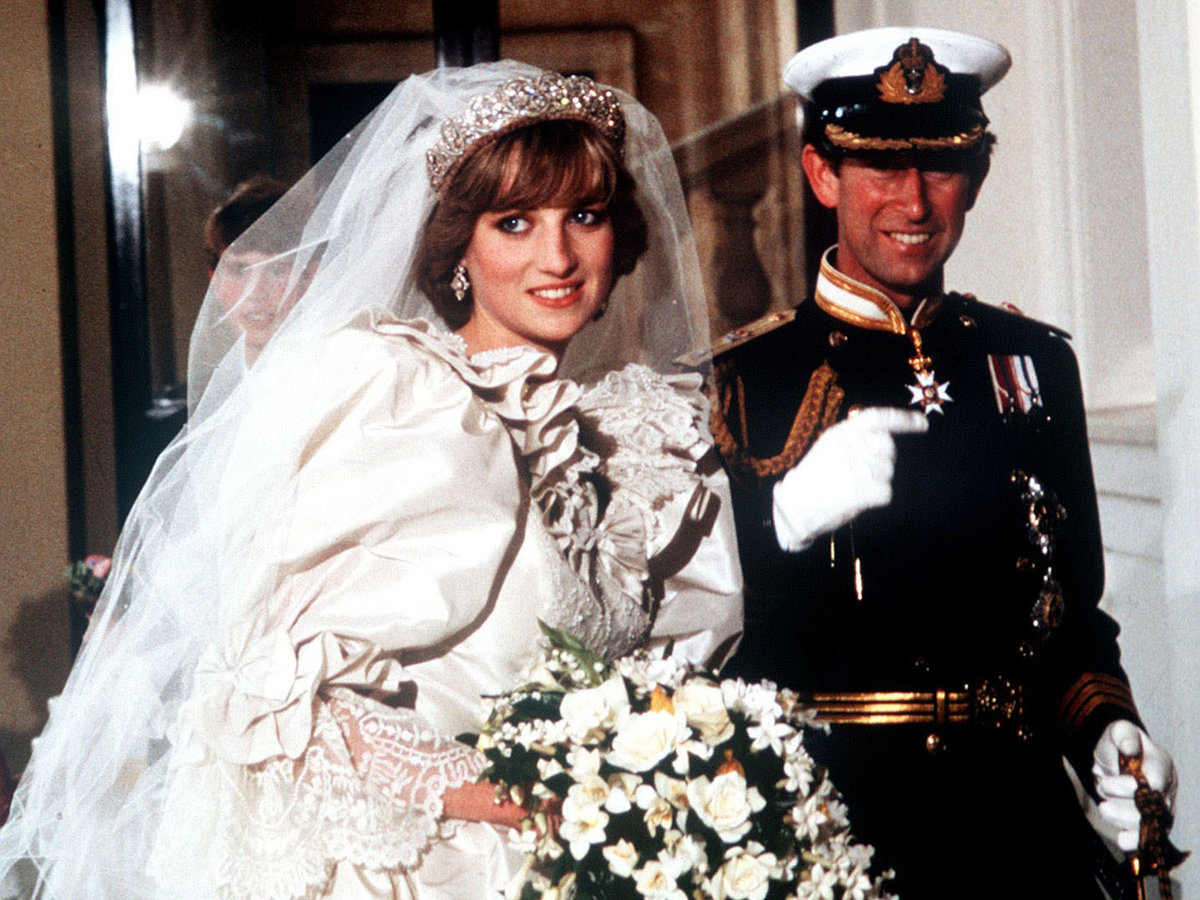 Not everyone is lucky enough to be able to attend a royal wedding, but now royal fans can take a piece of royal wedding cake home.

Several slices of royal wedding cakes throughout the generations are going up for auction as the British royal family prepares for the upcoming nuptials of Prince Harry and Meghan Markle this month.

The slices of dessert, some of which are several decades old, will be up for grabs and expected to sell for hundreds if not thousands of dollars in when the auction begins on June 23, according to Reuters.

While some might wonder at the possibility of a piece of cake retaining its savor, Darren Julien from auction house Julien’s Auctions, told the outlet the slices were “not edible.”

“These come from people who attended the wedding and kept them in the freezer the entire time,” he said.

Five slices of cake will be auctioned in Las Vegas byJulien’s Auctions, including a slice from the 1981 wedding of Prince Charles and Princess Diana, as well as a slice from his second 2005 marriage to Camilla, the Duchess of Cornwall.

A fruitcake from the 2011 nuptials of Prince William and Kate Middleton will also be up for sale and comes with a salutation card reading, “With best wishes from TRH The Prince of Wales and The Duchess of Cornwall in celebration of the wedding of TRH The Duke and Duchess of Cambridge,” according to Reuters.

Prince Andrew, Charles’ brother, married Sarah Ferguson in 1986 — their cake is expected to sell between the same amount as William and Kate’s.

Their sister, Princess Anne, married her first husband Captain Mark Philips in 1973. Their cake is expected to garner between $300 and $500, according to the outlet.

While Harry and Meghan’s own wedding cake won’t be available for bidding — their royal wedding will be held on May 19 — it’s possible a slice might be up for auction in the future.

Harry and Meghan asked Ptak “to create a lemon elderflower cake that will incorporate the bright flavors of spring,” the statement read. “It will be covered with buttercream and decorated with fresh flowers.”

“Prince Harry and Ms. Markle are looking forward to sharing the cake with guests at their wedding at Windsor Castle on May 19,” the statement continued.

A source recently told PEOPLE Harry is “exceptionally happy, extremely excited” about his nuptials to Meghan. The countdown to their wedding ceremony has begun with the location set at St. George’s Chapel at Windsor Castle.

There, the two will tie the knot in front of 600 guests, before celebrating during a nighttime reception at Frogmore House, also on the grounds of Windsor Castle.

Meghan and Harry had a whirlwind winter: The couple stepped out for several official engagements all across the United Kingdom, from Scotland to London to Northern Ireland. This included a couple outings with Queen Elizabeth, and even appearances during the Commonwealth Heads of Government meeting — an event that in past years, has not seen royal fiancées in attendance.

Now, the couple is taking a few weeks off of official duties until the wedding, which means the next time the world sees Meghan and Harry, it will be at the altar!