These Are the Foods That Remind Me of Home 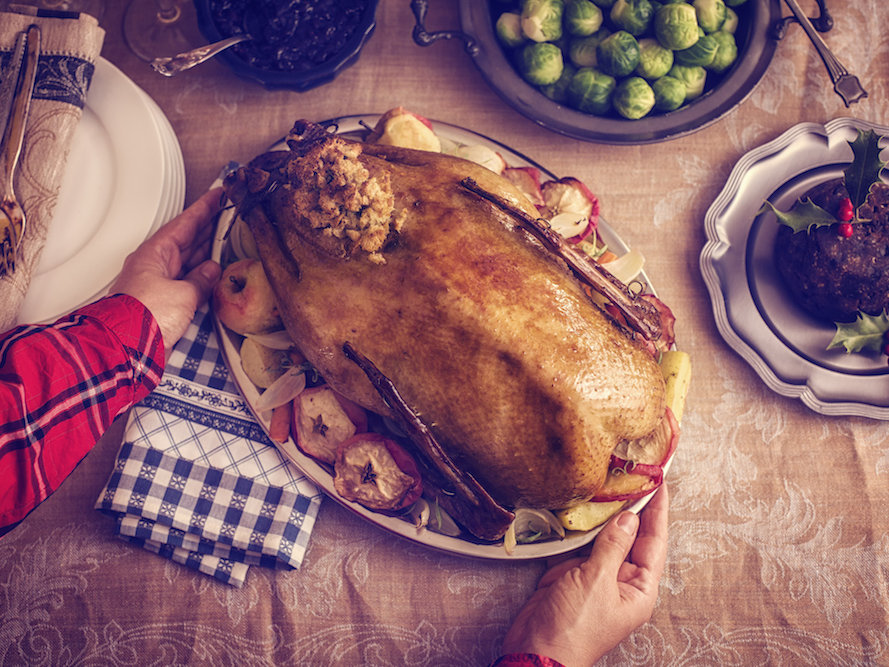 When it comes to the holidays, there are dishes that evoke a sense of nostalgia, and can seemingly transport us back to a specific time and place. Even the slightest whiff can conjure up memories—for me, it’s my grandmother’s asparagus casserole and cornbread dressing. As the holiday season approaches, we talked to chefs and sommeliers to find out which foods remind them of home.

Chef Diego Garcia, The Four Seasons Restaurant: “Growing up in a Mexican household, my mother cooked pozole and tamales, which will always remind me of Thanksgiving. I would wake up early coughing because my mom was toasting chilies for the pozole and the smell of the pepper was so strong! I would get so annoyed as a kid but as an adult, it’s something I miss and love; the smells of making pozole—the chiles, cumin, star anise, cloves and corn.”

Chef Greg Baker, The Refinery: “My extended family would for many years get together for Thanksgiving at my parents’ house, and on Wednesday night my mother would always make a lasagna for dinner. Everyone would be arriving from their respective cities and would be worn down from travel that day. It was an easy, comforting dish that would feed a large group, and it was the first meal that we’d sit down as a family to eat in a year.”

Chef Greg Proechel, Ferris: “Goose always reminds me of home and Christmas. Growing up, my grandfather would hunt the geese in Montana and bring them back for Christmas; just the mention of goose reminds me of Christmas and immediately brings me to the table eating it with all my extended family.”

Sommelier Chris Brock, Walt Wines: “When I think of the holidays, I always think of a Crown Rack of Lamb that I’ll only make during this special time of year because of the amount of time it takes. I serve the Crown stuffed with curried mashed potatoes inside (I like to mix in some peas and carrots with the potatoes) accompanied with a mint chutney.”

Chef Joshua Pinsky, Momofuku Nishi: “It’s what I call ‘fruit of the gods.’ My dad makes it for Thanksgiving and Hanukkah, although there are no religious connotations. It’s mandarin segments, orange segments, chopped pineapple, mini marshmallows, toasted dried coconut shavings and sour cream – which is still unsettling to me. It’s really a fruit salad, but it’s one of those dishes only my dad can make. When I make it, it just doesn’t taste the same.”

Sommelier Greg Mayer, Bern’s Steak House: “As a child and into adulthood, no dish makes me think of the holidays more than sweet potato casserole. The aromatic baking spice and sweet marshmallow topping my mother would put on top is quintessential holiday decadence, in the form of a side dish. Paired with an off-dry Riesling, this is when dinner truly feels like the holidays.”

Chef Bryan Emperor, O-Ku DC: “Stuffing for sure! Sweet or spicy sausage and roasted chestnuts is our family’s signature. The smell and the flavor takes me back to my childhood.”

Executive Chef Ryan Wombacher, Lawry’s The Prime Rib and SideDoor: “One food that was always at our holiday gatherings was sausage stuffing. Each person in my family that hosted a holiday gathering had their own, slightly different version of the dish, which was adapted from my grandma’s recipe. My dad would make his version when we were at his house, and my aunt would do the same. But of course, my grandma’s was always the best and we spent most of the holidays at their house. We only ate this dish during the holiday season, and it’s always reminded me of home no matter whose house we were at.”