Home » How-To » Meal Planning » Where Have All the Dollar Menus Gone?

Where Have All the Dollar Menus Gone? 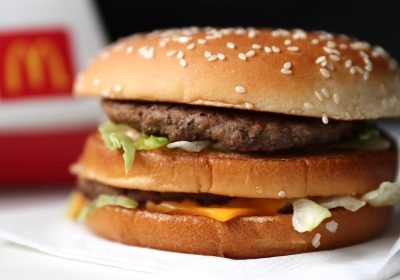 Fast-food restaurants have been engaged in burger wars since the first slab of seared meat came sizzling off a flat top grill.

And we don’t just mean those Twitter fights over square patties and frozen meat.

No, restaurants have been trying to out-price and out-promote one another with outlandish deals, over-the-top menu items, and even absurd marketing gimmicks for decades. (Anyone remember the lower-fat Satisfries from Burger King?)

A few decades ago, the burger battles raged as brands like McDonald’s and Burger King fought to see who could sustain the lowest prices on their most famous menu items—double cheeseburgers, for example. But when push came to shove, the restaurants weren’t making enough money off these items, and they needed a better solution.

In 1989, Wendy’s took a big step, introducing their 99-cent value menu, which had custom-made items that could compete and be profitable at the value price. A customer could get an entire meal, a junior hamburger, fries, and a drink for less than $3.

Burger King followed suit in 1998 with their Value Menu, and in 2003, McDonald’s finally offered their much-lauded Dollar Menu.

But as much as you might think a budget-based menu would appeal to consumers looking to feed a family without breaking a $20 bill, most fast food restaurants didn’t see that success, at least not in the long-term.

Indeed, the Dollar Menu at McDonald’s kept slipping in its share of their total revenue. Prior to the Great Recession, it accounted for 13 to 14 percent of the total business. But a few years later, it was down to 11 to 12 percent at a time when the country was much more value focused than it had been in previous years.

Competition kept prices low in the decade after McDonald’s introduced their Dollar Menu, even as costs rose around them. Indeed, from 2002 to 2013, the cost of beef rose 69 percent. On a menu item priced that low, the margin for yearly increases isn’t wide.

In 2013, McDonald’s killed their Dollar Menu.

The bad news for the Golden Arches didn’t end there, however. For as small as their value-based business was, it took a big chunk out of the company’s bottom line. So in early 2018, they introduced what Business Insider called the “biggest fast-food news in years,” their $1 $2 $3 Dollar Menu.

Spoiler alert: It wasn’t that big.

By the end of 2018, McDonald’s was already seeking out a new budget plan.

It turns out, consumers aren’t all that interested in value. Or, rather, they are, but they’re not relying on the dollar menu as often and as much as restaurants need in order to make the bargain-basement bites sustainable.

In 2009, Burger King franchise owners sued corporate for their 99-cent double-cheeseburger promotion. Each burger cost the restaurant $1.10 to make, so the restaurants and owners were taking the company’s budget wars on the chin—and they weren’t having it.

Even today, McDonald’s allows their restaurants a bit more freedom to decide what goes on their value menus, stating on their website, you should “stop by a McDonald’s near you to see what’s on the $1 $2 $3 Dollar Menu.” That’s precisely so that restaurants can select options that are better suited to the tastes of the local market—and hopefully more likely to succeed.

Despite robust marketing, it seems new customers aren’t attracted by the appeal of a $1 fry or a $2 burger anymore, at least not to the degree brands hope or expect.

Instead, consumers may have their eye on other types of savings, one that allows them a little more freedom in choice. That introduces the concept restaurants like Taco Bell, Wendy’s, and McDonald’s have turned to as of late: bundling.

Instead of a set menu of low-priced items, some of these restaurants are offering mix-and-match  menu options, often only for a limited time (read: get it before it’s gone). These bundles afford you a fixed price point—e.g. $5—but get you some of the restaurant’s classic and most popular items, not foods that are perceived as “cheap” because of their dollar menu designation.

McDonald’s, after announcing changes to their $1 $2 $3 Dollar Menu, also revealed they were bringing back their 2 for $5 Mix & Match Deal, this time with the popular Quarter Pounder with Cheese. (Ironically, this kicked to the curb an earlier bundle deal, the $6 Classic Meal Deal, which consisted of a sandwich, fries, drink, and a pie.)

If you turned on a TV in 2018, you know Wendy’s added a 4 for $4 deal, which allowed you to pick from eight sandwiches, fries, chicken nuggets, and a drink to create a custom value bundle. Their iconic 99-cent Everyday Value Menu remains.

Is the dollar menu is a relic of a different era?

Today, eaters have been shying away from fast-food restaurants. Sure, they’re still eager to get quick-service food, but they’re altogether not so hot on anything that comes through a window in a few minutes.

They’re instead opting for fast-casual restaurants, which have a higher price point (and certainly no dollar menus) but offer more nutritious foods with fewer artificial ingredients and perhaps even some local- and sustainably-sourced foods—yes, even with their burger and fries.

Restaurants like Chipotle and Shake Shack continue to grow, open new locations, and outpace other sectors of the restaurant industry for this reason.

Traditional quick-service restaurants are attempting to shift their menu focus in order to reel back in some of those health-focused eaters, especially the ones who want to eat well but can’t afford the price tag of some fast-casual staples. As their selection of salads grow and the occasional whole grain shows up on the menu, buzzwords like “100% Fresh Beef” and “Signature Crafted” appear on menus to appeal to people who are looking for a bit more responsibility and creativity from their burger joint.

Some fast-food restaurants, like Sonic, Chick-fil-A, and Whataburger, eschew the value menu entirely. Yet, that doesn’t seem to be hurting their bottom line. In fact, individual Chick-fil-A restaurants make more money than three other quick-service food behemoths (Starbucks, McDonald’s, and Subway) combined—and they’re closed one day per week.

The idea of a bargain menu has appeal in general. Most of the items are entirely enjoyable when you need a bite to eat but only have a bit of change rattling around in your pocket.

But as a source of consistent revenue, restaurants are realizing their emphasis on the bargain-minded consumer may have backfired after all these years. Indeed, 2019 looks to be a year of significant change in the fast-food industry, as costs rise, eating habits change, and consumers make demands that have little to nothing to do with the price points.