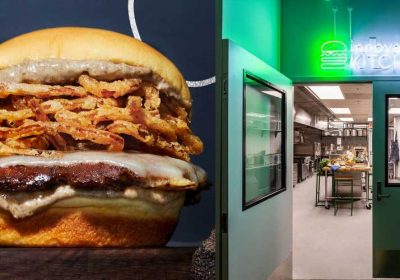 The creation process starts with research. First, the marketing team had to go out and see if people would even want a truffle burger from Shake Shack. “We take that data and we use that to help inform us,” John said. “It’s not what’s really driving our menu solely, but we want to make the most educated and thoughtful decisions for our guests.”
Then, the R & D starts— that’s research and development in restaurant lingo. “The goal was to deliver a package under $9. It needs to be delicious, and it needs to be able to be scaled and executed by our teams without cheapening it in any way,” John said. So how do you create a tasty burger made with one of the most expensive ingredients in the world to stay under $9? Well, that comes back to ingredients.
They started with the Regalis truffle oil, which is made with real truffles and has that distinct rich mushroom flavor and scent. The team tested versions of a sauce with the oil mixed in, and after a few different iterations, they landed on a blend with lots of different types of mushrooms, tons of fall herbs, and butter, all simmered down and blended into a rich and creamy aioli. From there, they knew they needed cheese, no questions asked. The natural choice was gruyere, because the earthiness went really well with the flavor profiles of truffle and beef.
In the midst of testing, the NYC-based innovation kitchen team sent a bottle of the coveted sauce over to Mark Rosati, Shake Shack’s culinary director, who had a lightbulb moment. “He said ‘We should think about [adding] a crispy element—maybe we should try and bring back our shallots,'” John said. If you’re a die-hard fan, you might recall that crispy shallots are nothing new to Shake Shack; at one point, they even had a burger called the Crispy Shallot Burger.
At this point you might be thinking, well, there’s all the elements—beef, bun, cheese, sauce, shallots. Burger done! Nope, it was still only the beginning. Once the culinary team is happy with a product, they share it with key players who can determine if this burger can make it out in the real world: the marketing team (who make sure the audience is up for such a dish), some reps from the supply chain and product commercialization team (who confirm all the ingredient can be sourced without going over that magical $9 price point), and folks from the training team (who consider whether the dish can be executed at locations across the country consistently). If any of these members has an issue, it’s either back to the drawing board or the burger is scrapped. 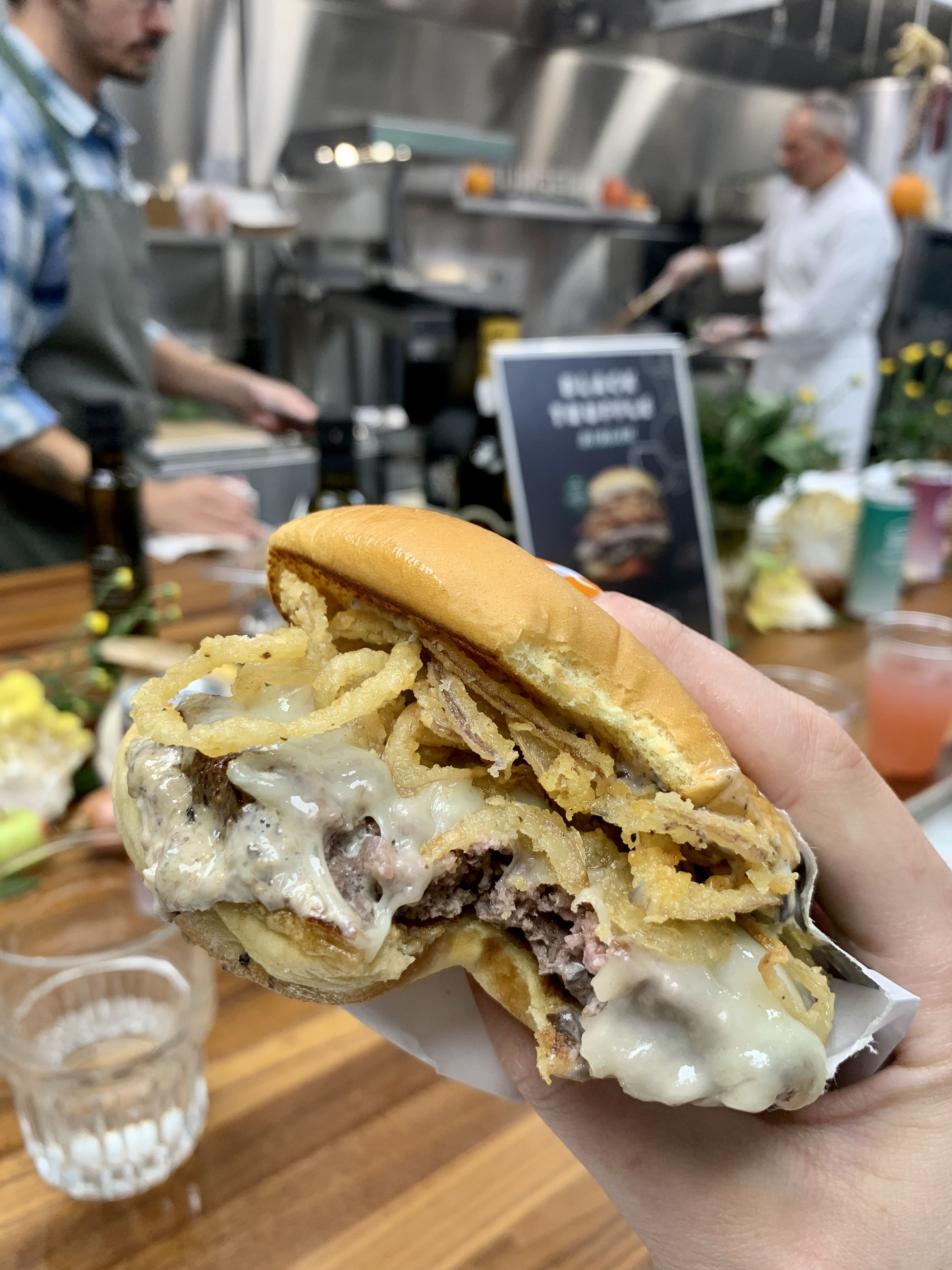 “Once all those boxes get checked, we’ll take that item into our approval tasting, which would have all the players I mentioned already and our executive team,” John said. “Here, final decisions on names are made, and the wheels become in motion for the product commercialization team.” John shared the sauce recipe with them to see if it could be scaled up, if it could be made in house, or if it should be commercialized—i.e. outsourced and shipped to the individual Shakes pre-made.
Then, the commercialized saucehas to be tried on the burger “just to make sure that we’re all feeling really good. Does this taste as great as our original control recipe?” John said. “And while that’s happening, obviously the pricing of those items are being looked at by the manufacturer, our product commercialization team, and our supply chain team.”
The last step in the process is to actually take the truffle burger to Shake Shacks around the country and assess whether the staffers can make them correctly again and again. “We’ll test that item in multiple Shacks, with lots of eyes and ears on it, just to make sure it can get executed before nationwide launch,” he said. Last year around this time, the truffle burger was tested at five locations for two months.
It all sounds like a lot of obstacles! There are so many mouths to please, so many logistical barriers that have to be vaulted over. But for John, that’s what makes his job fun. “They’re the most challenging parts,” he said. “That’s one of the reasons why I love to do what I do is—we’re trying to make a very high-end product very accessible.” 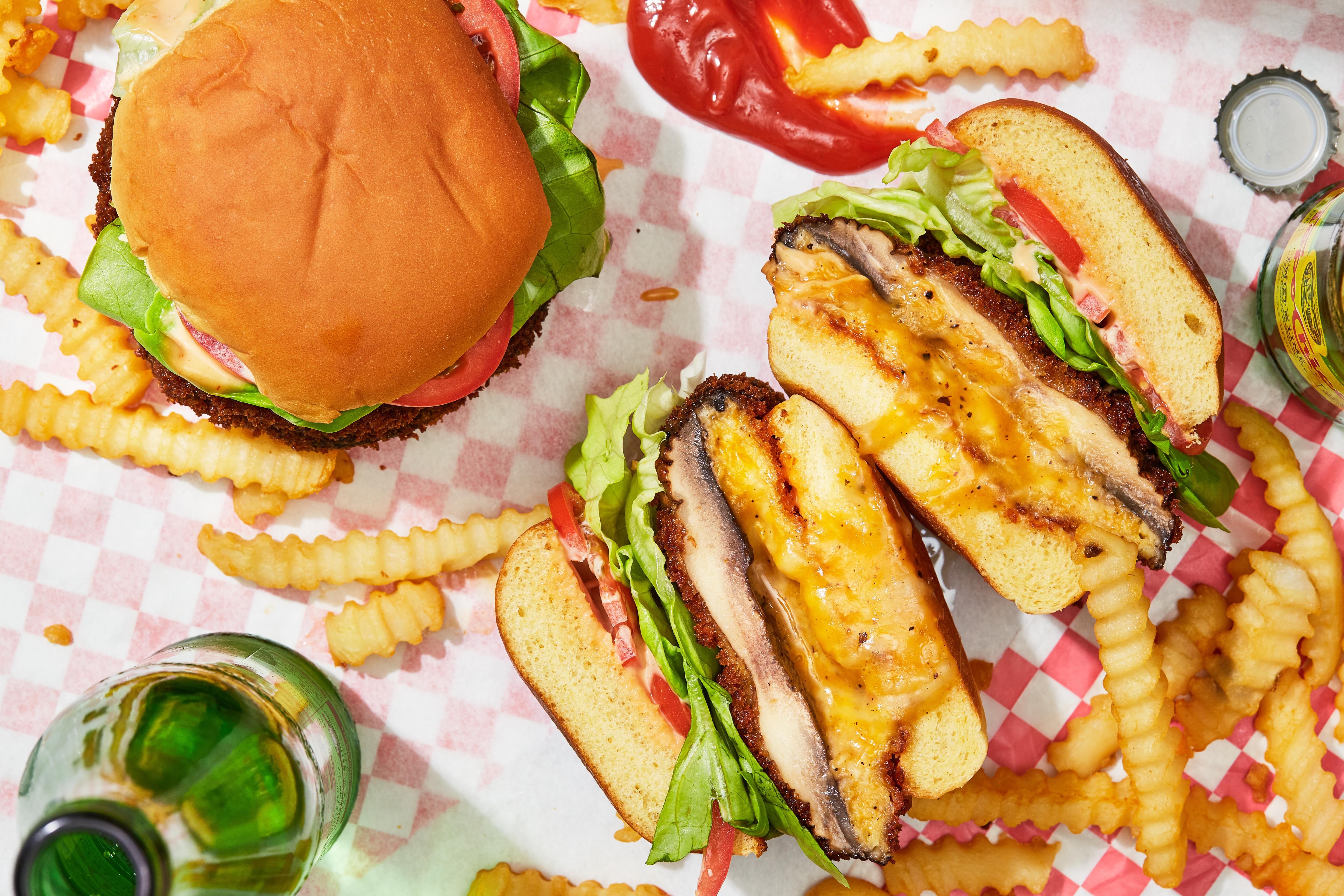