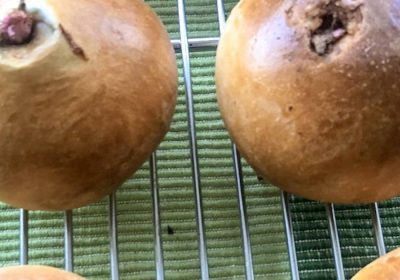 Anpan was invented in 1874 by Yasubei Kimra, the owner of the  Kimuraya bakery, and his son. This anpan was presented to Emperor Meiji by Tesshu Yamaoka and acquired fame as the royal warrant. Anpan was prevalent nationwide around 1897 and was sold more than 100,00 items a day in Kimuraya.