This Low-Carb Keto Pizza Crust Is Made of Cheese 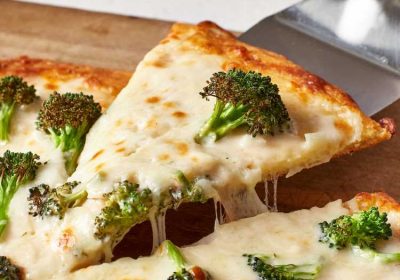 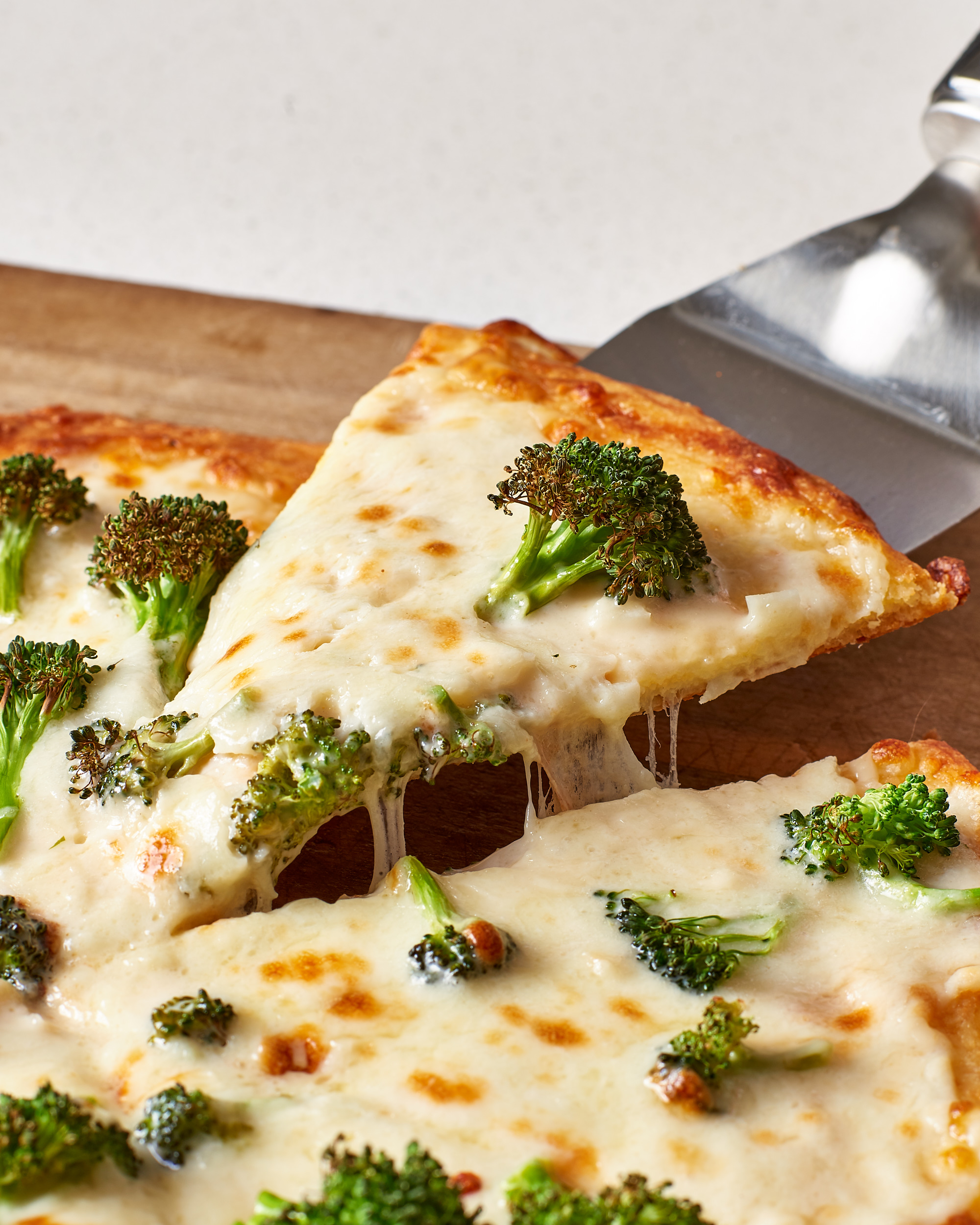 When I first discovered this high-protein, keto, gluten-free phenomenon, I was both mystified and baffled. Could this crust really be as crisp and crave-worthy as a real-deal, gluten-full pizza crust?

The answer is a resounding hell yes! Fathead pizza crust is faster and easier than traditional pizza crust, and bakes up crusty, savory, and absolutely delicious. If you’re looking for a low-carb pizza option, you’ve found it. Here’s how to make this amazing pizza crust alternative with just four ingredients.

What the Heck Is Fathead Pizza Crust?

This is the exact question my husband asked as he reached for a third slice. Fathead pizza crust was born from the Fat Head documentary, in which Tom Naughton explores how a low-carb, high-fat diet might improve everything from cholesterol to heart disease. Fathead, like Atkins and other low-carb diets, was a precursor to the now popular ketogenic diet.

Don’t get too caught up in the origins of this pizza crust, though, because even if you’re not following a low-carb diet, this pizza dough is so smart and delicious. This is a pizza dough that I would absolutely make regularly, not just when I’m out of flour for traditional pizza dough or serving gluten-intolerant guests.

Read more: What Is the Ketogenic Diet, and Why Are We Talking About It?

You’ll see that the recipe below calls for either almond flour or coconut flour in different amounts. Almond flour is the first choice, as it makes the pizza taste more like traditional pizza crust. Coconut flour is a nice alternate because it is inexpensive and obviously good for anyone with a nut allergy. It is significantly more absorbent, so you’ll need less of it. And coconut flour will give a slightly sweeter, more coconut-tasting crust. 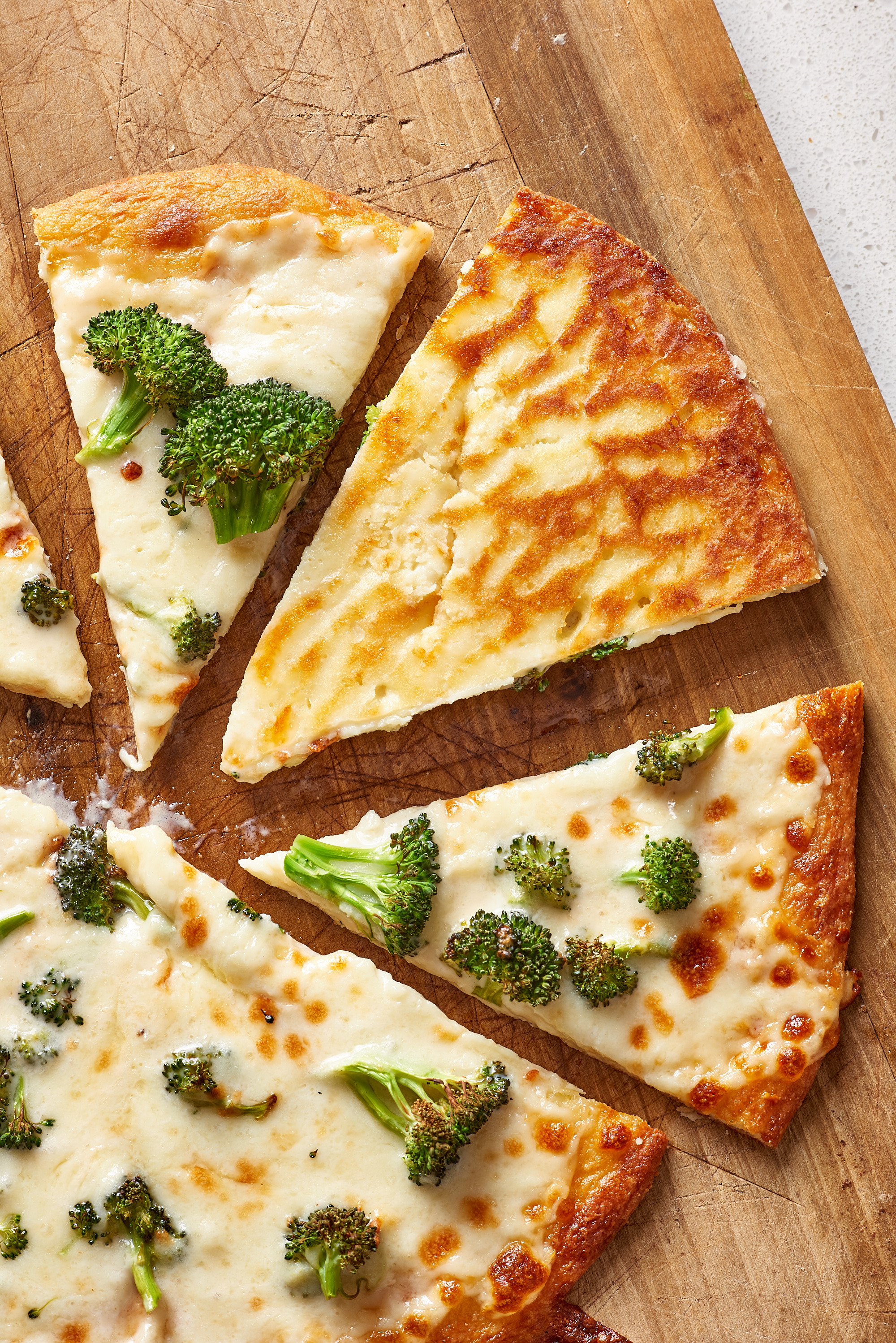 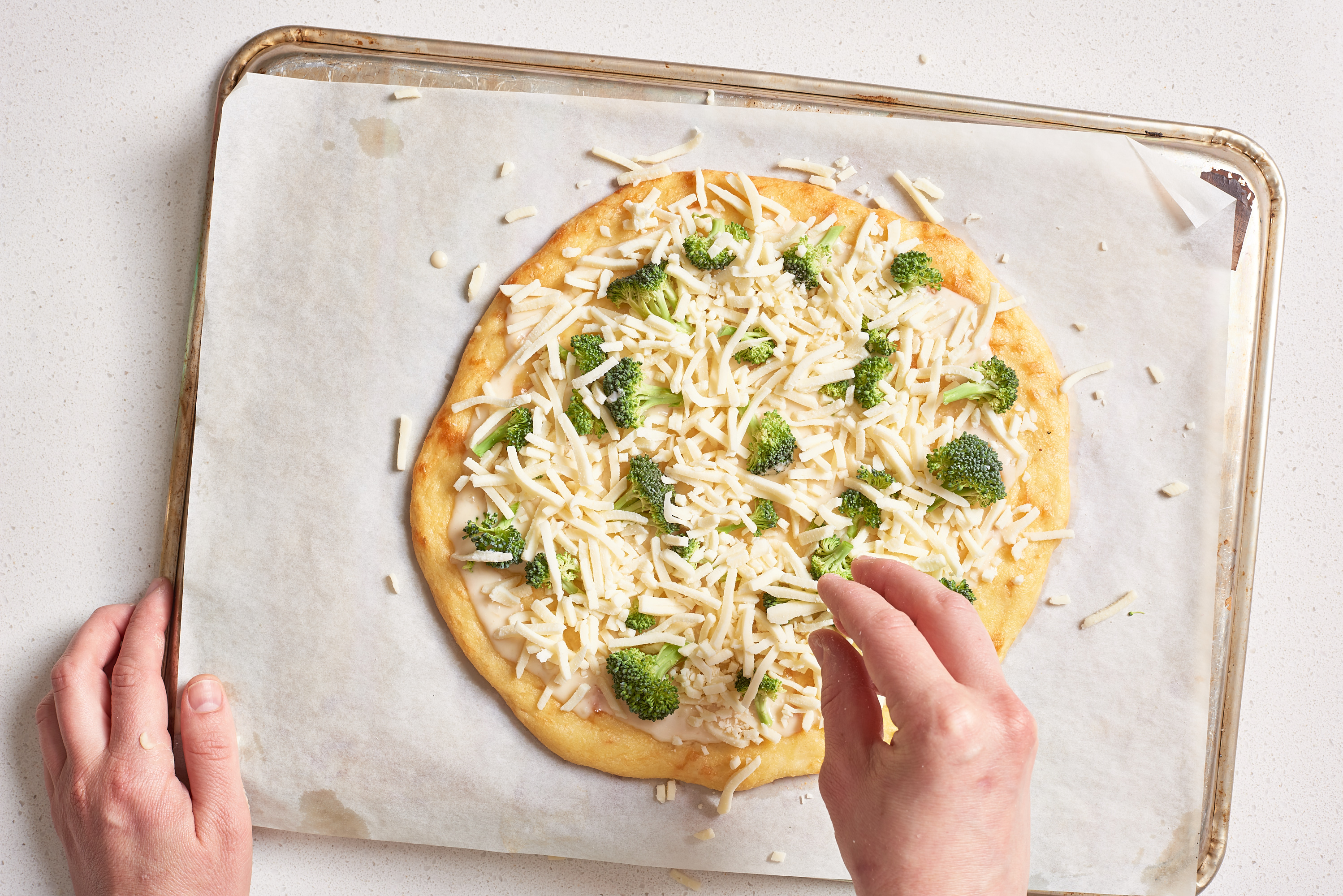 We’ve had this cheese-based crust topped every which way, from classic tomato sauce and mozzarella to this garlic cream and broccoli version below. Keep the toppings limited to a simple sauce and one to two other toppings like cheese and pepperoni.

Also keep in mind that if you’re trying to keep this pizza keto-friendly, you’ll want to keep the topping high in fat (like the one below) and low in sugar (think: tomato paste instead of pizza sauce). No matter how you top it, you’re never going to believe how incredibly delicious this cheese-based crust truly is until you try it yourself. 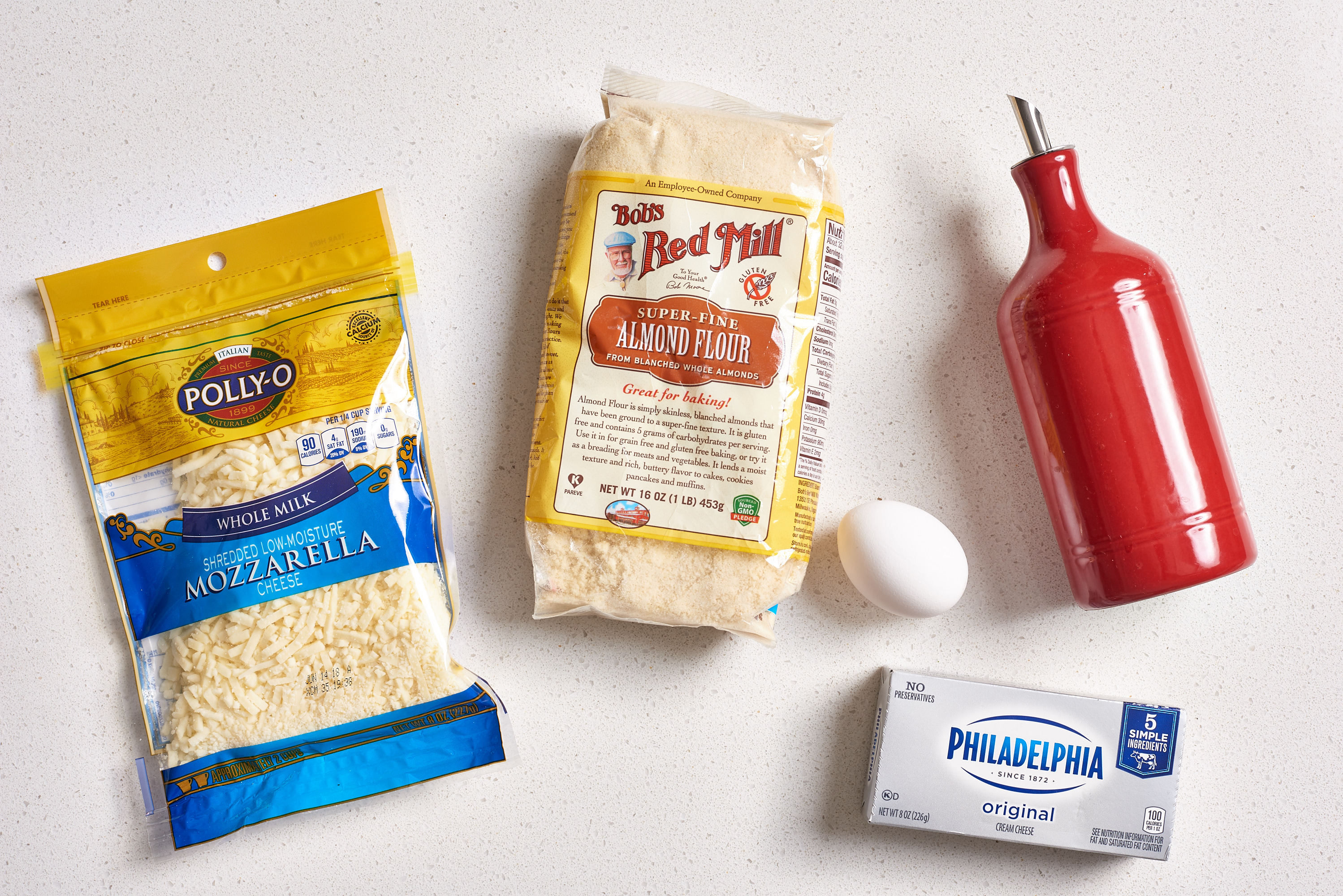 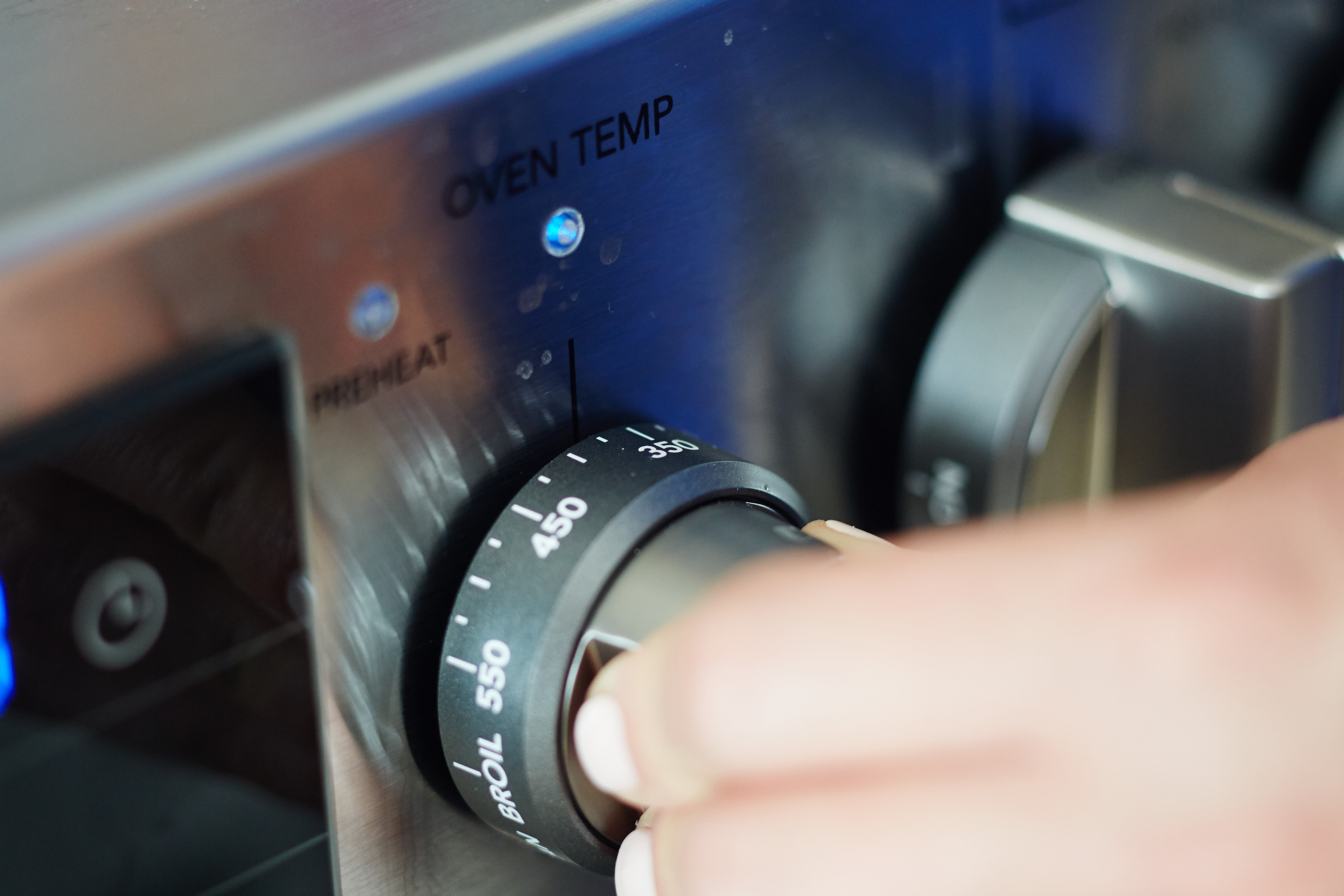 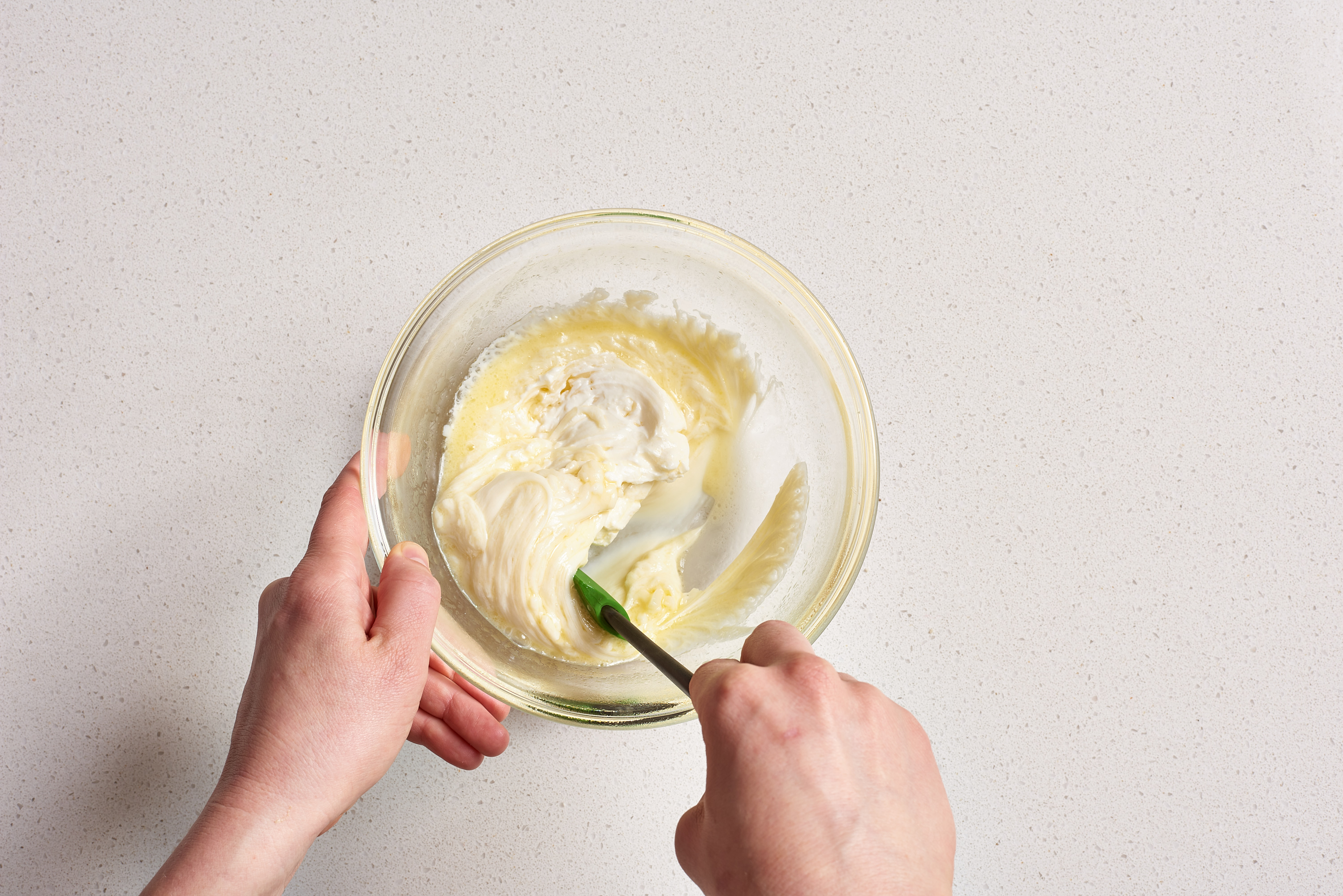 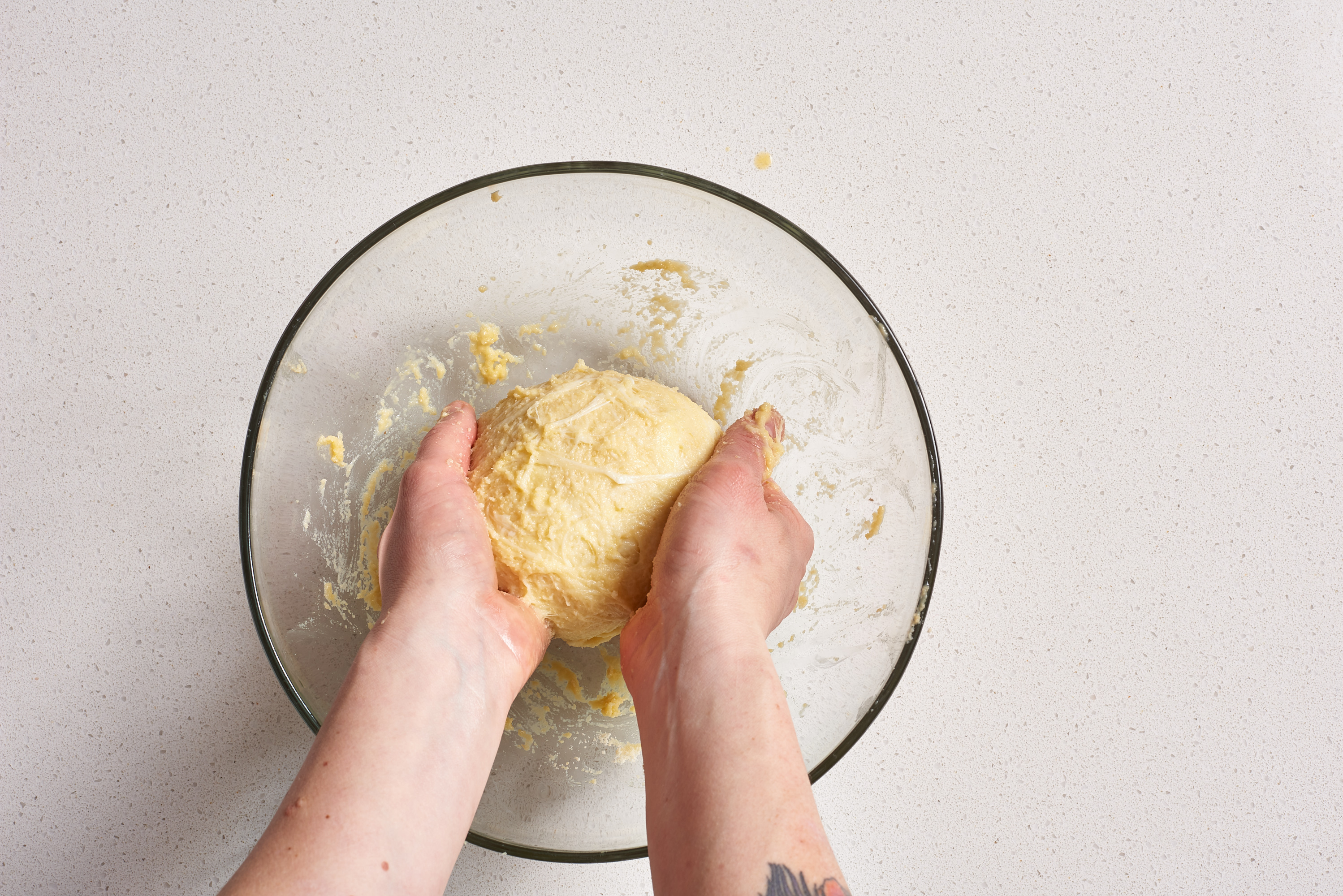 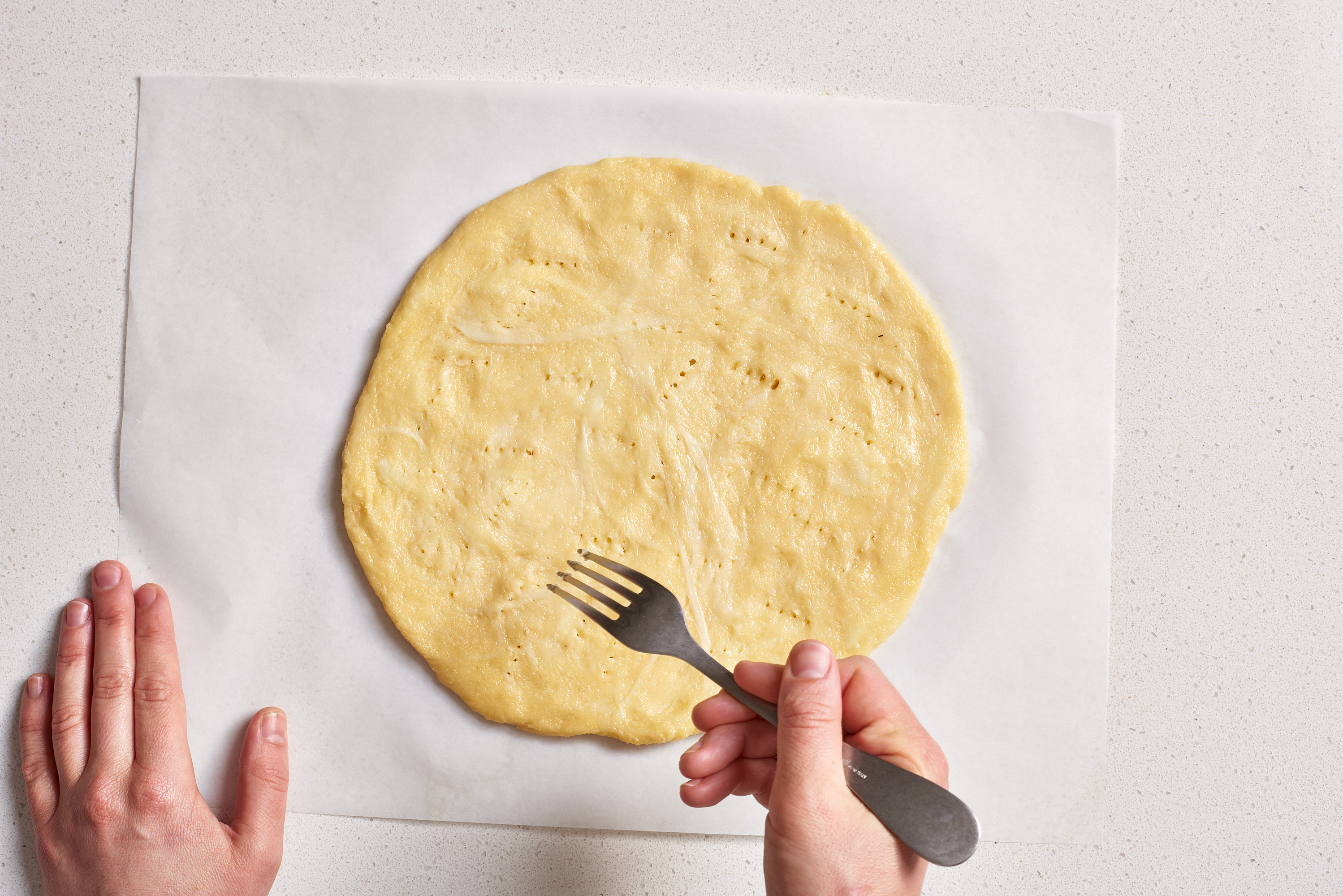 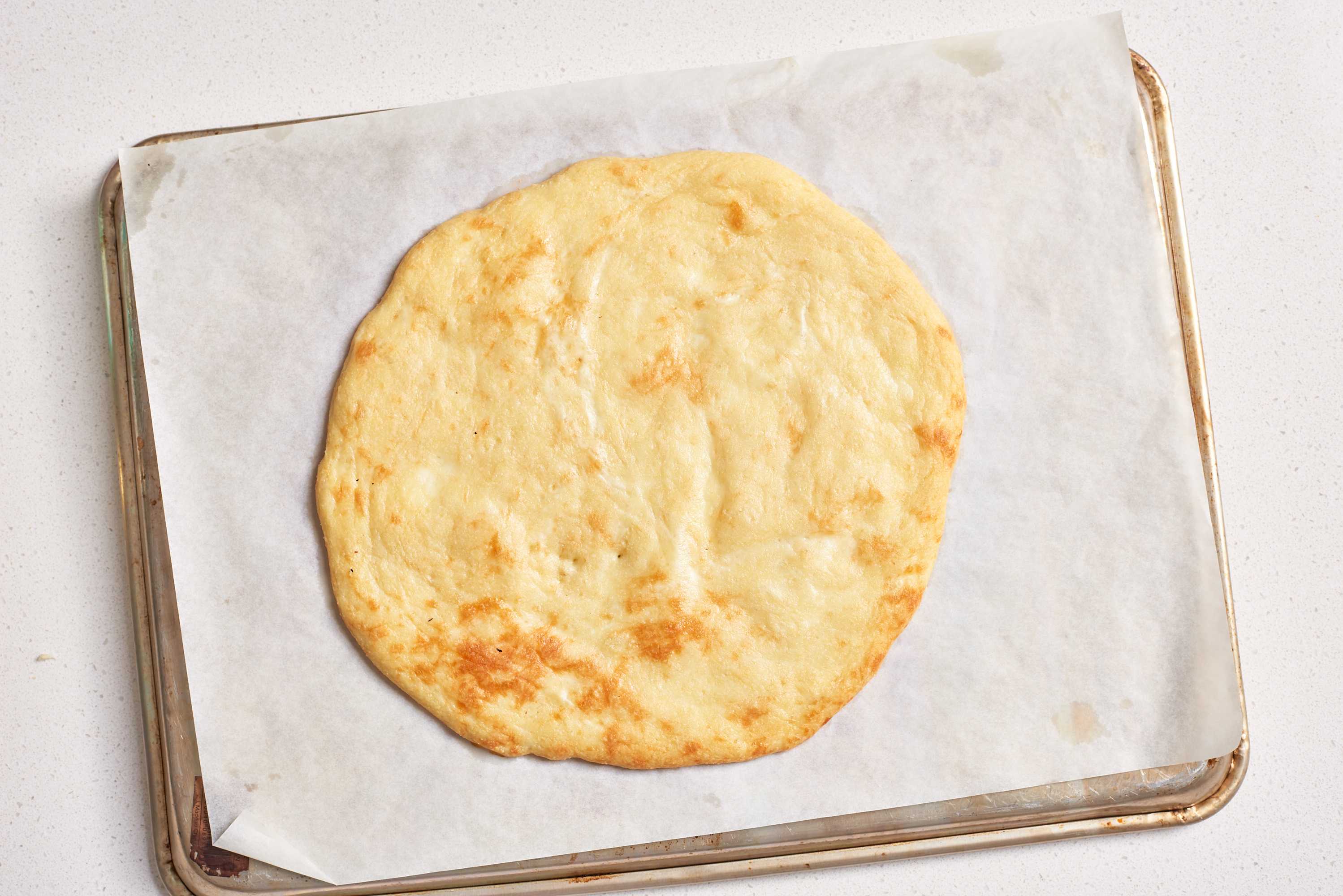 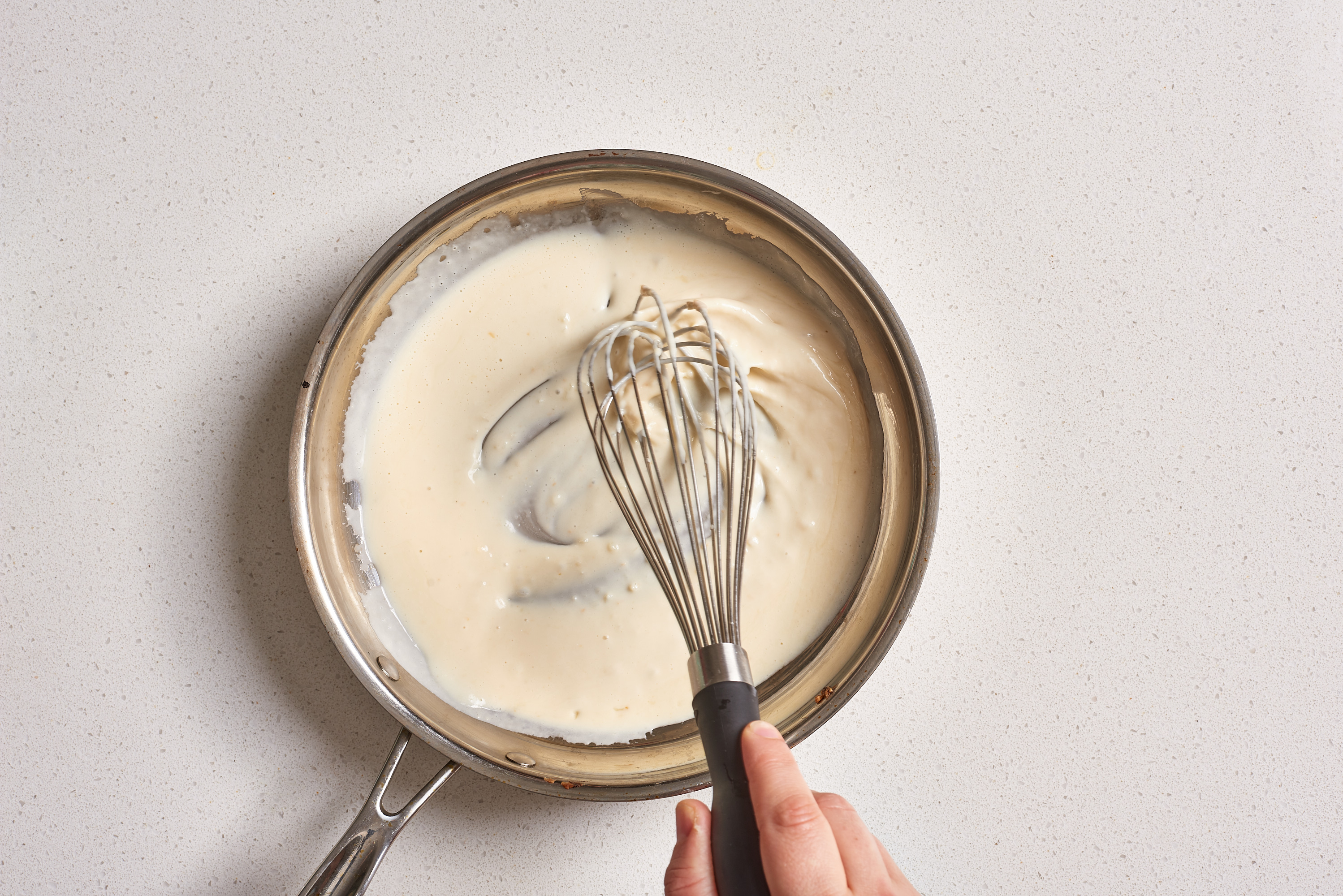 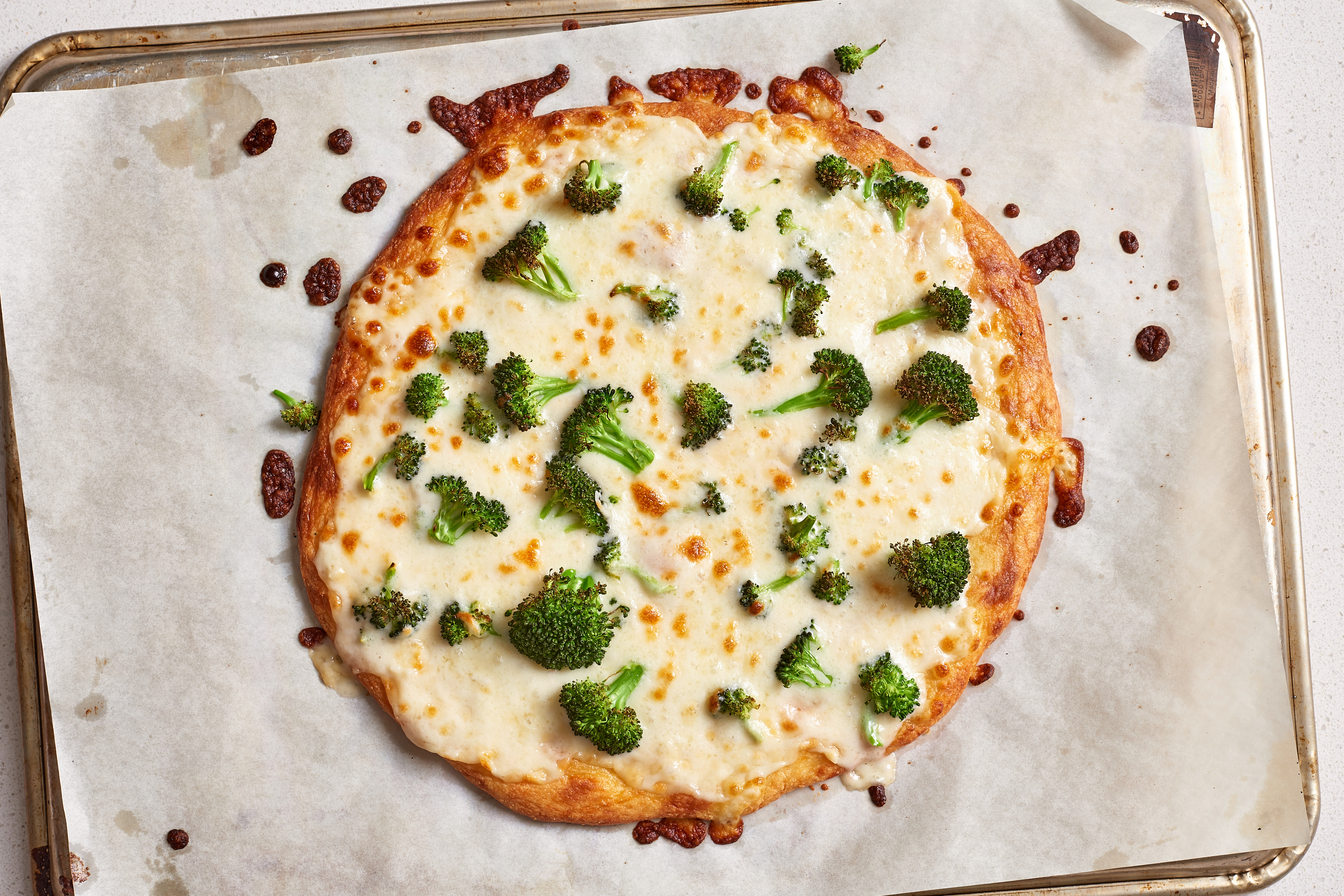 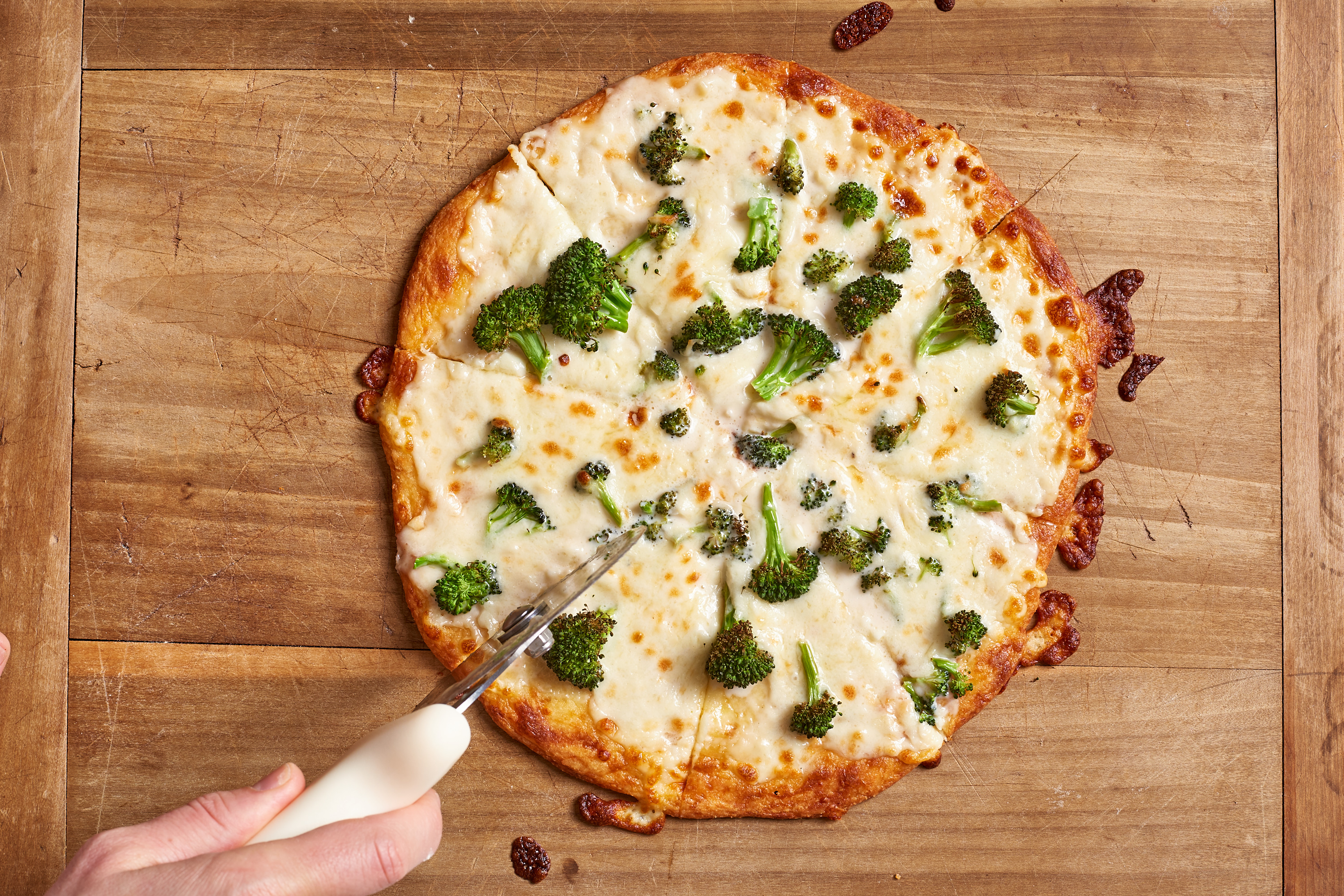 How to Make Fathead Pizza Crust

Storage: Leftovers can be stored in an airtight container in the refrigerator for up to 4 days.